At least 16 people have been killed in India and another 14 in Bangladesh due to strong winds and heavy rain produced by Tropical Cyclone "Fani" since it made landfall May 3, 2019. More than 200 were injured.

The cyclone forced officials to conduct one of the biggest human evacuations in history – more than 1.2 million in India in 24 hours and another million in Bangladesh.

The death toll rose to 16 late May 4: 4 in Mayurbhanj district, 3 in Puri, 3 in Bhubaneswar, 3 in Jajpur and 1 each in Keonjhar, Nayagarh and Kendrapara.

Nearly 3 million people were left without power in different parts of the state.

Officials said a large number of animals were killed by the storm, forcing them to deploy veterinary teams to dispose of the dead bodies.

Eastern Naval Command of the Indian Navy launched massive rescue and rehabilitation effort across the state, home to 46 million people.

"Because of its rarity, the tracking and prediction was very challenging. In fact, till 24 hours of landfall, one was not sure about the trajectory it was going to take because of the predictions of different agencies," Patnaik said.

"This led to one of the biggest human evacuations in history – a record 1.2 million people were evacuated in 24 hours," he said.

Highlighting the zero-casualty cyclone preparedness policy of the Indian Government, Denis McClean, a spokesperson for the UN Office for Disaster Risk Reduction, said that 'the almost pinpoint accuracy of the early warnings from the Indian Meteorological Department had enabled the authorities to conduct a well-targeted evacuation plan, which had involved moving more than one million people into storm shelters.'

In 1999, Odisha was hit by a super-cyclone and storm surge 20 km (12.4 miles) inland, which resulted in deaths of at least 10 405 people. The 1999 Odisha cyclone (IMD designation BOB 06, JTWC designation 05B) was the strongest recorded tropical cyclone in the North Indian Ocean and among the most destructive in the region. Its highest sustained winds were 260 km/h (160 mph) and lowest pressure 912 hPa.

Although Fani was comparable to the 1999 cyclone, Odisha was ready this time thanks to improved forecasting models, intense public awareness campaigns and well-drilled evacuation plans.

West Bengal officials said Fani did not cause much damage in their state, except to several huts. 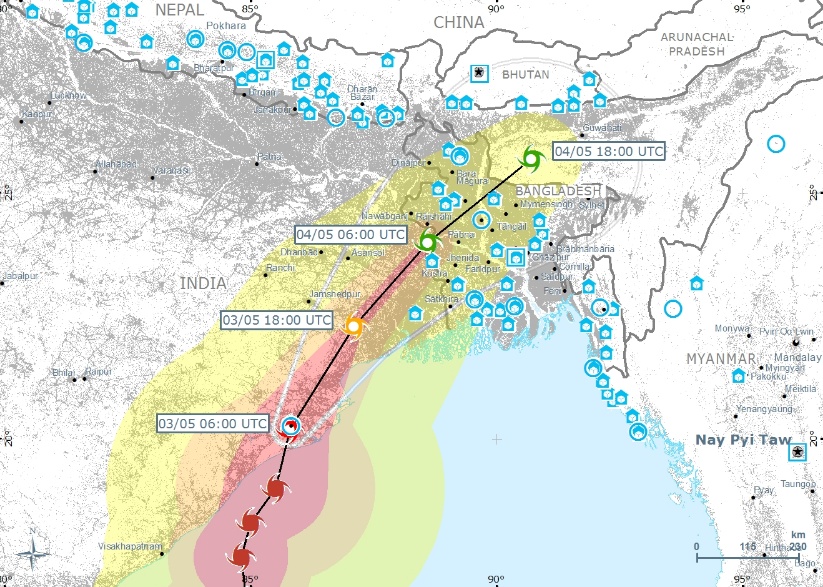 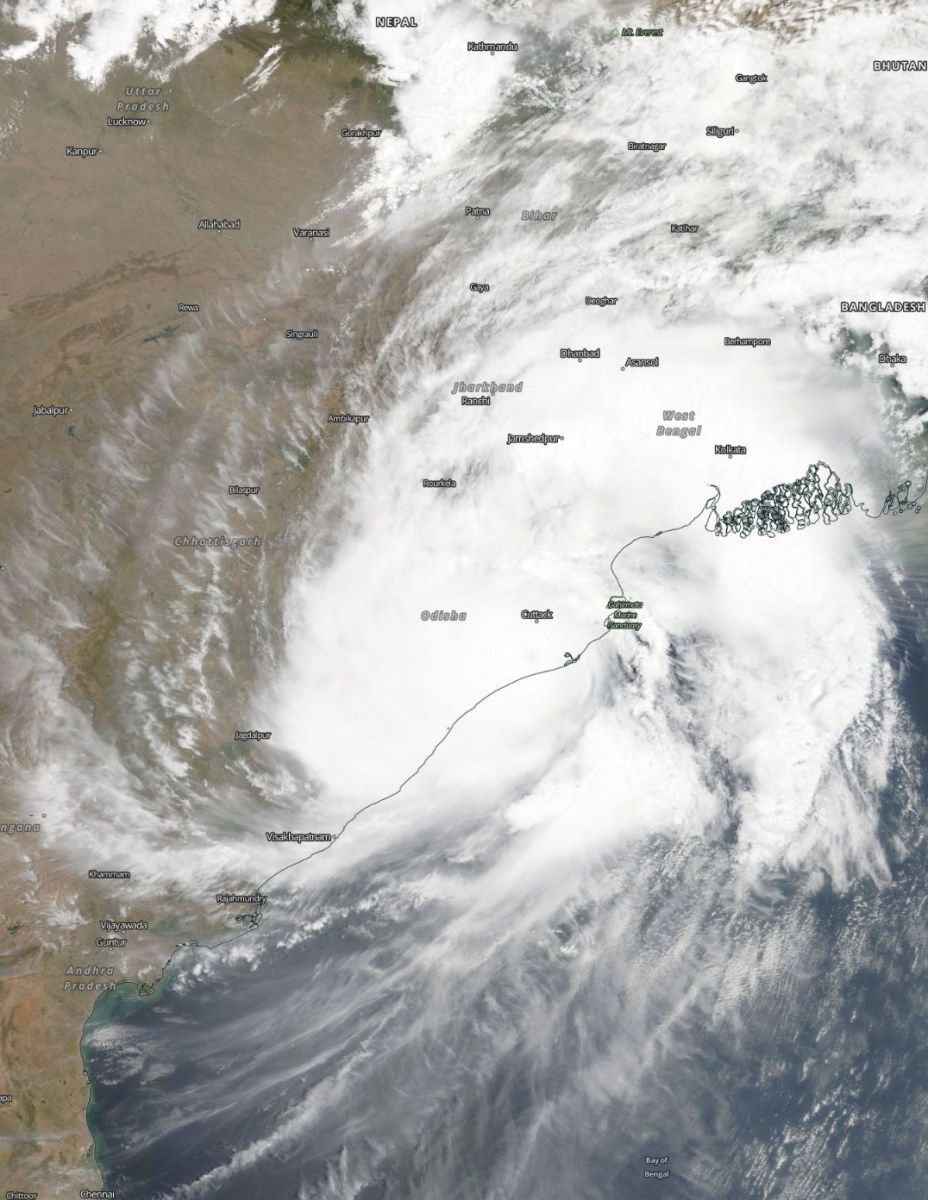 At least 14 people were killed and 50 injured due to tree falls and wall collapse in Barguna, Noakhali and Patuakhali, DG ECHO reported May 5.

At least 36 villages in Patuakhali, Bagerhat, Bhola and Satkhira were inundated as storm surges breached earthen dykes and overflew them, according to the National Disaster Response Coordination Centre (NDRCC).

Around 13 000 houses were fully or partially damaged in the coastal districts, including Bhola, Chandpur, Bagerhat, Khulna, Satkhira, Patuakhali and Barguna, according to the NDRCC.

According to the Category 1 Report for May 4 by Site Management and Site Sector in Cox’s Bazar, 144 refugees’ households representing 646 refugees are affected by the storm.