The problem has been recognized across America's north-east, in North Carolina and in Canada.  Science magazine reports that up to 80% of North Carolina's orchards may have been affected. 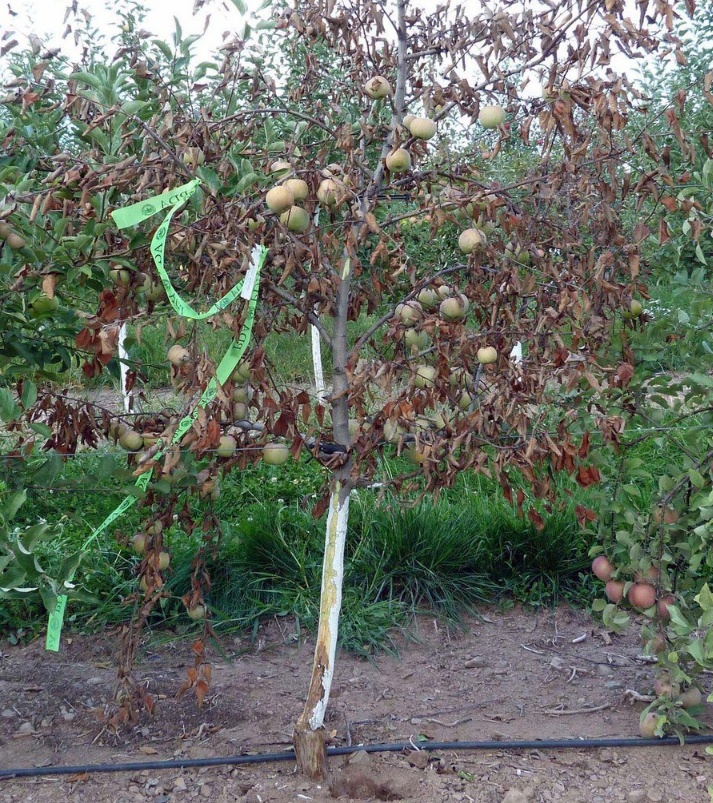 Kari Peter, an assistant research professor in tree fruit pathology with Pennsylvania State University, was one of the first to sound an alarm after observing in 2013 what’s now called Rapid Apple Decline and Sudden Apple Decline because of the short period from the time the first symptoms appear to tree death.

The diagnostic characteristics are as follows: 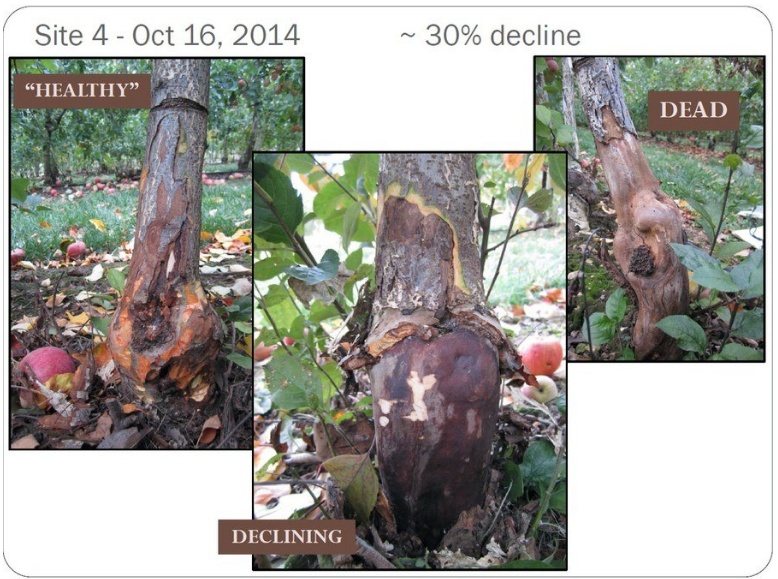 "If you talk to many folks, winter injury is the ultimate cause for RAD," Peter said.

"The trees became weakened due to the stress (severe temperature fluctuations) of winter and ultimately became susceptible to weaker diseases that caused the tree to decline and die. This is a very plausible hypothesis since our 2014 and 2015 winters were exceptionally challenging. However, I question this theory based on my own observations in my problematic apple block."

"This is a very tough, serious, costly issue and it most likely will take some time to get to the bottom of the problem. A lot of minds in the industry are working together to figure this out," Peter said.

How has the Ukraine war impacted the EU’s food security?