A severe storm brought extremely heavy rain, strong winds and high elevation snow to New Zealand's South Island and lower North Island on November 7 and 8, 2018. In just 57 hours, parts of the region received 652 mm (25.6 inches) of rain – more than it usually receives in a year.

"Among the main weather concerns today are heavy rain for the west of the South Island, spilling across the Alps, and severe gales from Canterbury to Wellington," MetService meteorologist Gerrit Keyser said ahead of the storm. "There are numerous severe weather warnings and watches out for the South Island and lower North Island, lasting to Friday."

"This rainfall event is significant and rivers in both Westland and Canterbury will rise quickly," Keyser said.

That's 110% of annual normal rainfall in nearby Christchurch. 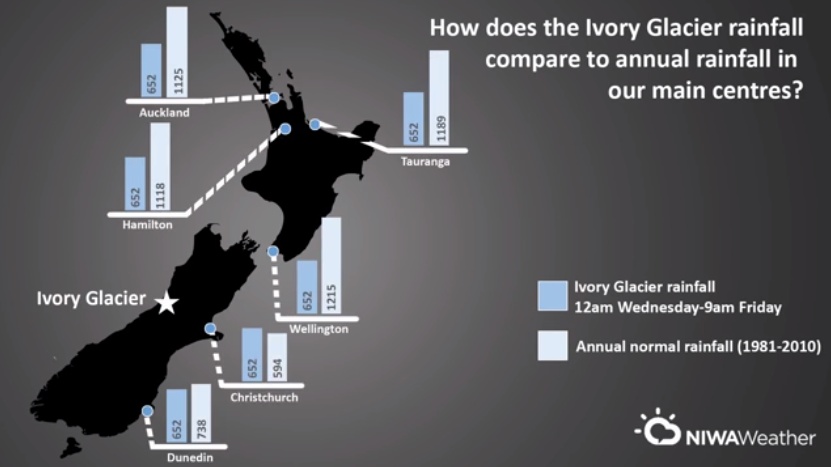 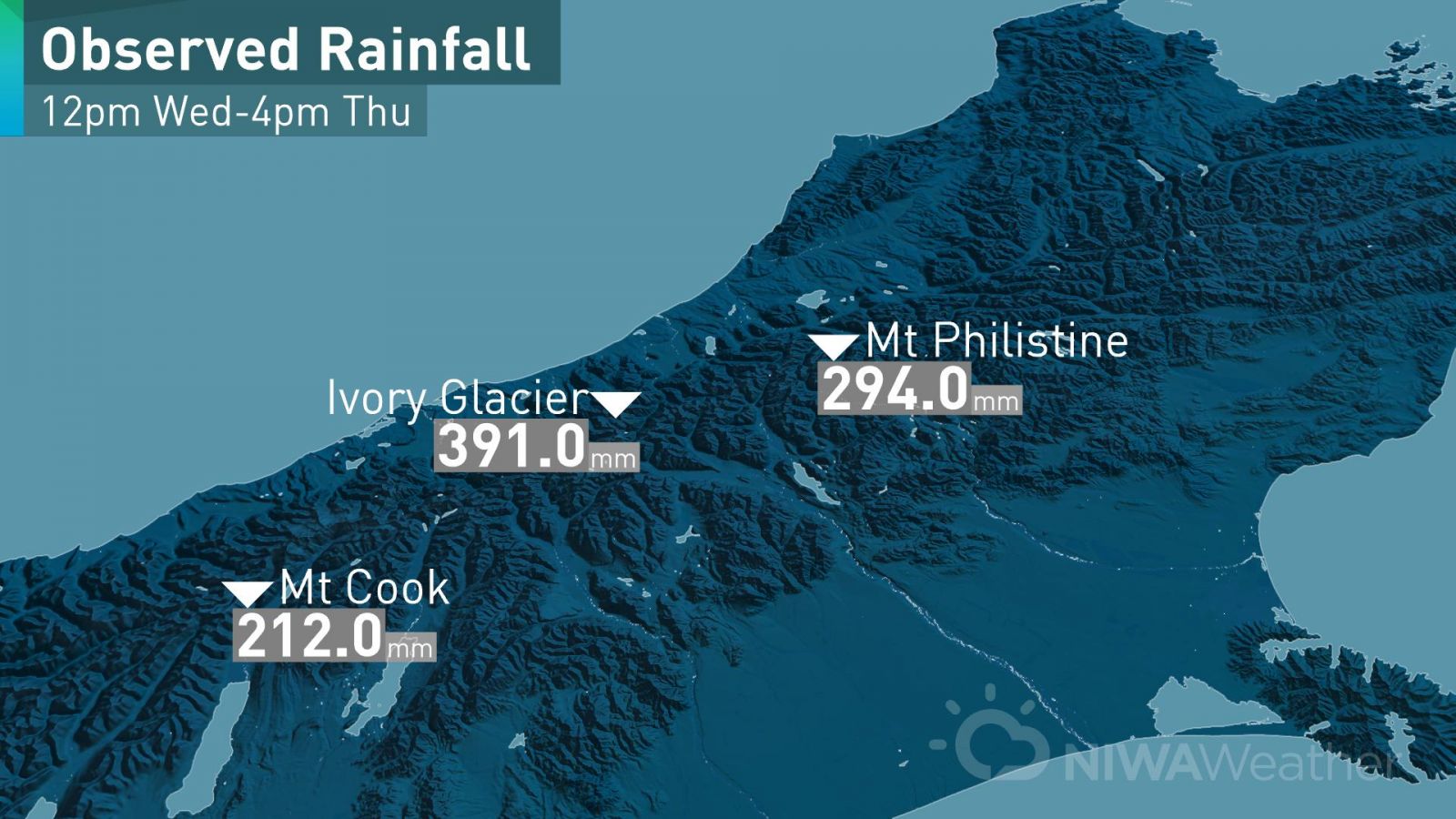 NIWA meteorologist Benn Noll said the downpour was due to a phenomenon called an "atmospheric river" – a long, narrow region in the atmosphere which transports most of the water vapour outside of the tropics.

A woman from the Gloriavale Christian community drowned after a stop bank on the swollen Haupiri River gave way, Radio New Zealand reports.

A 20 m (65 feet) section of the main road leading onto the Goat Creek Bridge on State Highway 73 collapsed, adding approximately 90 minutes to travel times for people driving from Christchurch to the West Coast. The road is expected to be open on Monday, November 12.

"The bridge is still there but we've lost the approaches basically so we're going to be spending a couple of days getting that [fixed] up. But while the river and creek levels are up it's almost impossible to carry out the repairs because we've got to get in to the creek bed."

Anyone attending the Taylor Swift concert in Auckland Friday evening are advised to keep an eye on the forecast and consider taking a poncho or raincoat.

On Sunday, November 11, showers pepper the North Island where it will be cool, while a fair amount of sunshine over the South Island allows the temperatures to recover to the high teens.