A destructive wildfire is rapidly growing in California's Butte County since it started early November 8, forcing tens of thousands of people to evacuate their homes. The fire grew to 8 000 ha (20 000 acres) before the end of the day and is still 0% contained.

Several hundred structures, including homes and businesses, in the town of Paradise (population 27 000) have been destroyed and the fire is now threatening another 15 000 structures.

The whole Paradise is on fire, local authorities said, adding that a large swath of the downtown has been destroyed. The event caused a chaotic evacuation of most of the town's residents. 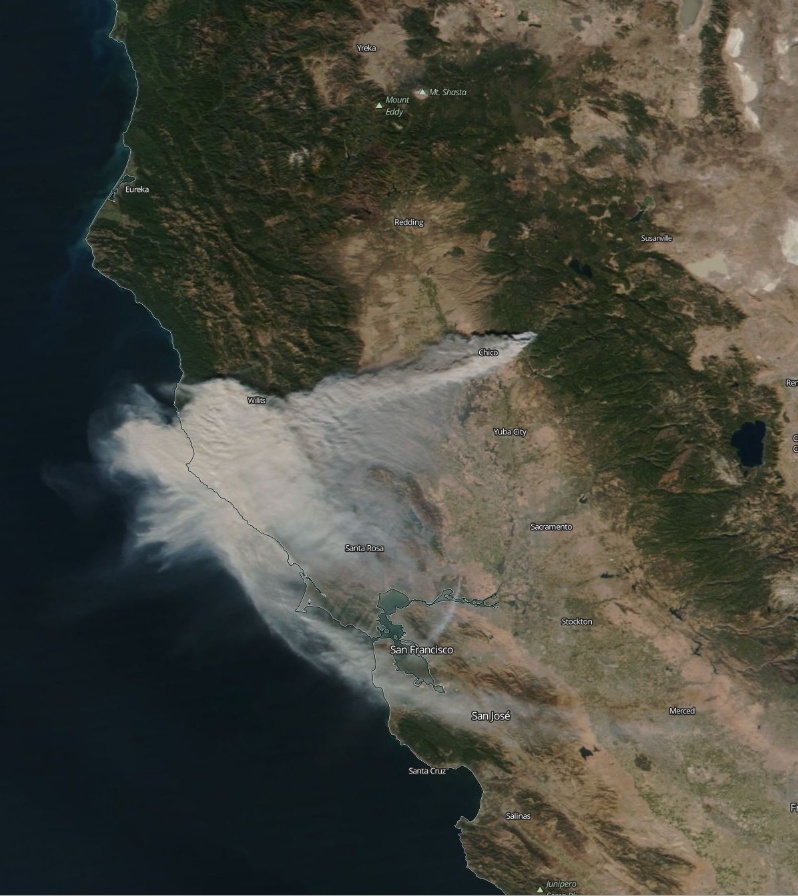 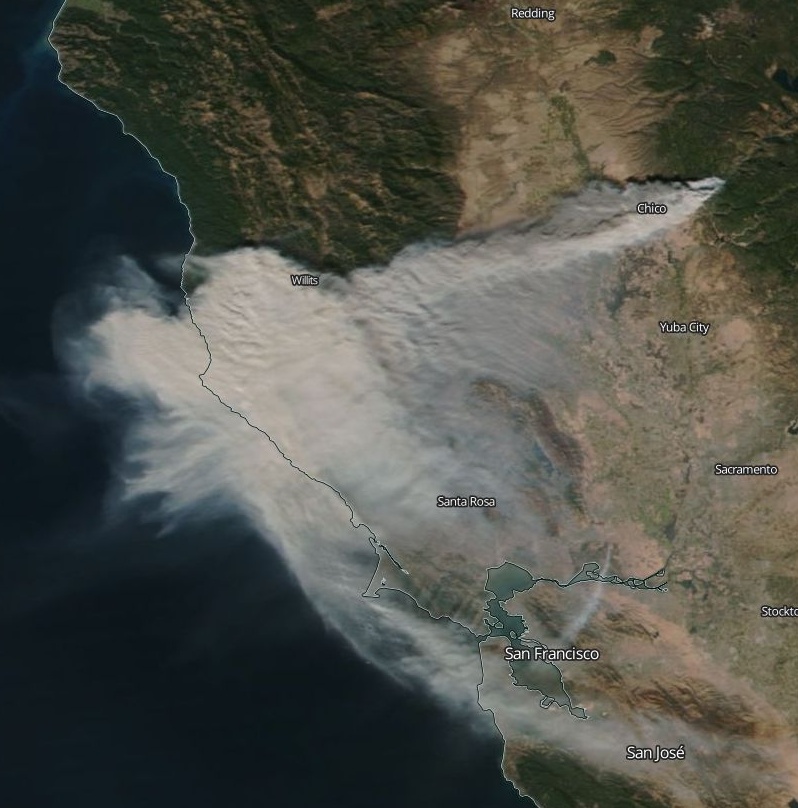 "Pretty much the community of Paradise is destroyed, it's that kind of devastation," Cal Fire Capt. Scott McLean said late Thursday, November 8, 2018. "The wind that was predicted came and just wiped it out."

According to media reports, emergency personnel reported to dispatchers that multiple people had been burned fleeing the blaze, including an elderly woman who received third-degree burns. More than 60 people were reported to be trapped inside a Walgreen’s in town, waiting for buses to shuttle them to safety. Adventist Health Feather River Hospital was evacuated and some auxiliary buildings – including a cardiology services building – had caught fire.

"The severity of this fire is without compare," the Chico Fire Department said. "Please listen to evacuation orders and leave immediately when notified!"

"Firefighters continue to be challenged with extreme fire and weather conditions including strong winds and with long range spotting," Cal Fire said in a statement.

Meanwhile, a developing storm system will produce locally heavy rain across the Northeast and heavy lake effect snow across the Great Lakes through Saturday.

Bodies of 5 people were found in torched vehicles, officials said. The victims were found in the same area in the town of Paradise, near the main thoroughfare heading out of the town that was consumed by flames, the AP reports.

About 2 000 structures were destroyed, including homes.

6 453 residences and 260 commercial buildings have been destroyed, making Camp Fire (by far) the most destructive individual fire in California history.

23 fatalities have been confirmed by officials late Saturday (LT). However, dozens of people remain missing and the death toll is expected to rise: 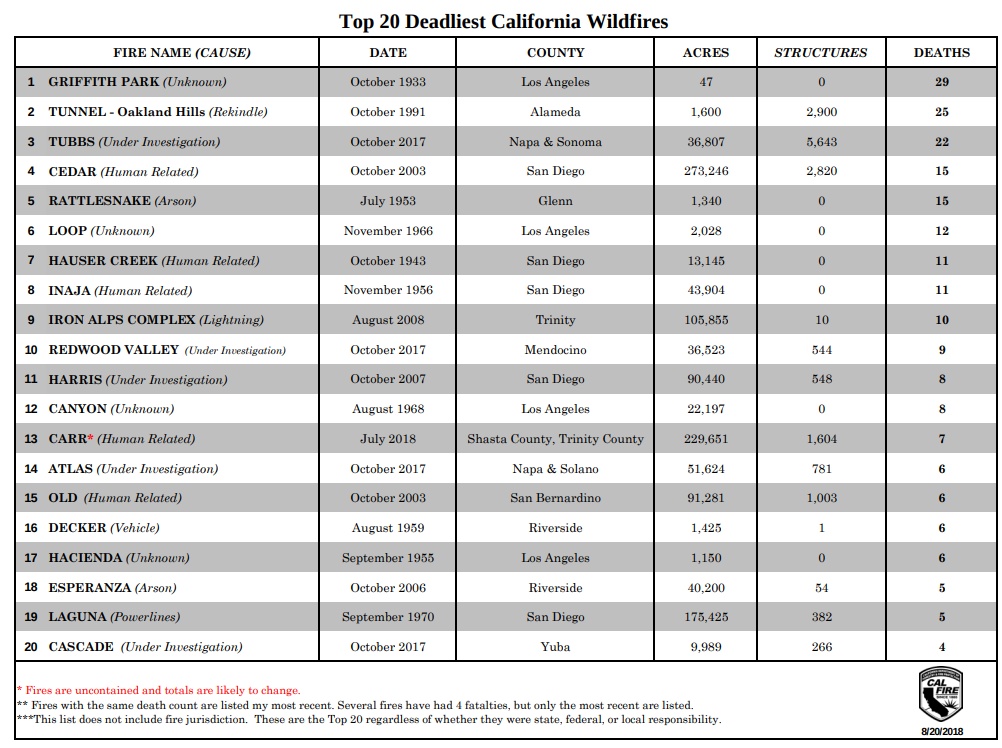 Camp Fire now deadliest and most destructive in California history

Camp Fire has exploded in size since November 8, 2018, and is now the deadliest and most destructive individual wildfire in California history. On November 12, the death toll climbed to 31 and there are still 121 people missing. Read more