While Kīlauea Volcano in Hawaii is not erupting at the moment and rates of seismicity, deformation, and gas release have not changed significantly over the past week, deformation signals are consistent with refilling of the middle East Rift Zone (ERZ) and hazards are still present in the lower ERZ.

HVO monitoring during the past week shows low rates of seismicity at the summit and East Rift Zone (ERZ), the observatory reported November 8.

Earthquakes continue to occur primarily at Kīlauea's summit area and south flank, with continued small aftershocks of the magnitude-6.9 quake on May 4, 2018. Meanwhile, seismicity remains low in the lower ERZ.

Hazards are still present in the lower East Rift Zone (LERZ) eruption area and at the Kīlauea summit. 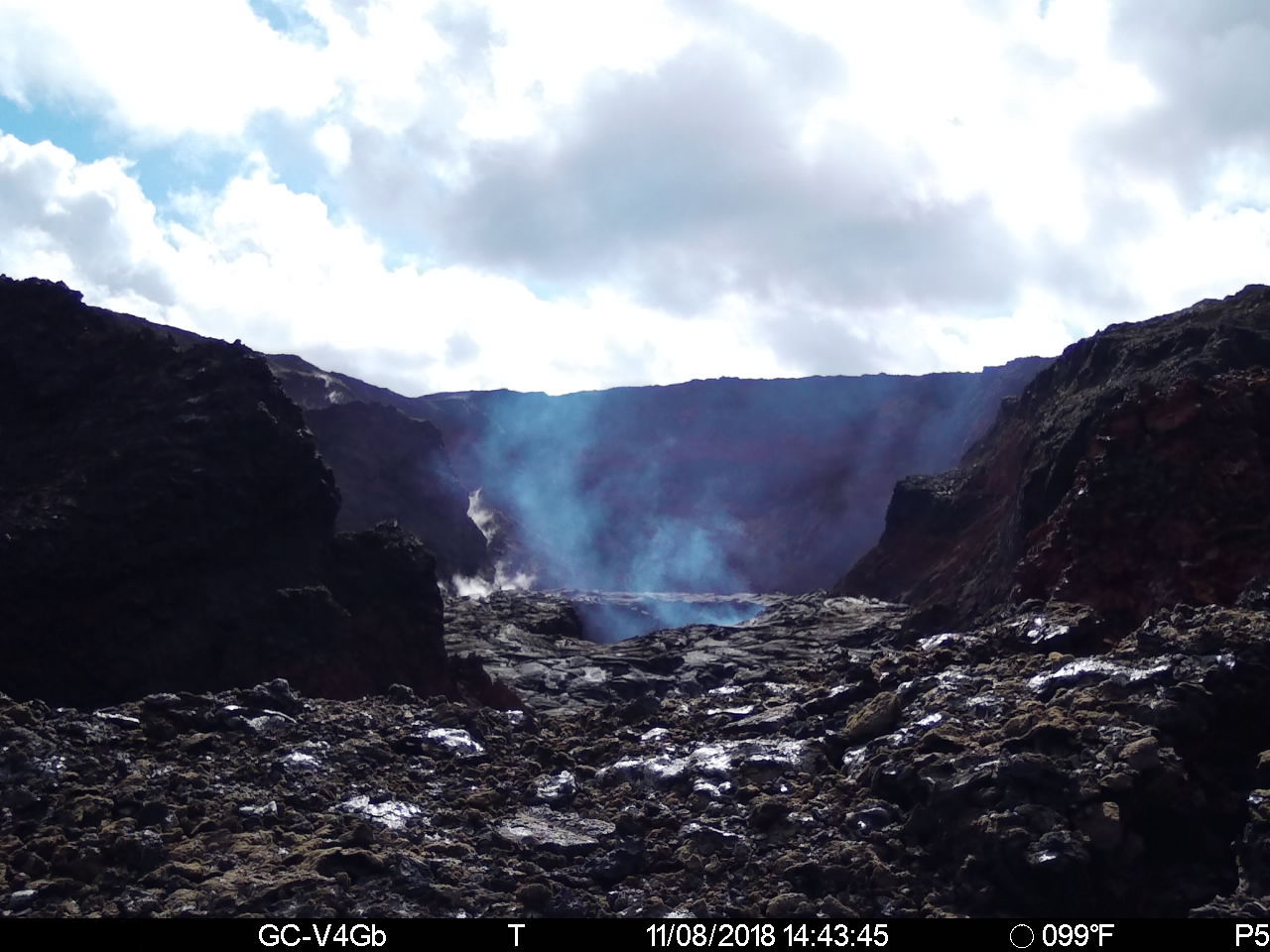 This image is from a temporary research camera positioned northeast of the Fissure 8 cone, looking into the crater. Credit: USGS/HVO

Residents and visitors near recently active fissures and lava flows should stay informed, heed Hawaii County Civil Defense and National Park warnings, and be prepared, if necessary, to self-evacuate in the unlikely event of renewed activity. Please note that Hawaii County maintains a closure of the entire flow field and the vents and prohibits access to the area unless authorized through Civil Defense.

The Hawaiian Volcano Observatory (HVO) continues to closely monitor Kīlauea's seismicity, deformation, and gas emissions for any sign of reactivation, and maintains visual surveillance of the summit and the East Rift Zone.

HVO will continue to issue a weekly update (every Tuesday) and additional messages as warranted by changing activity. 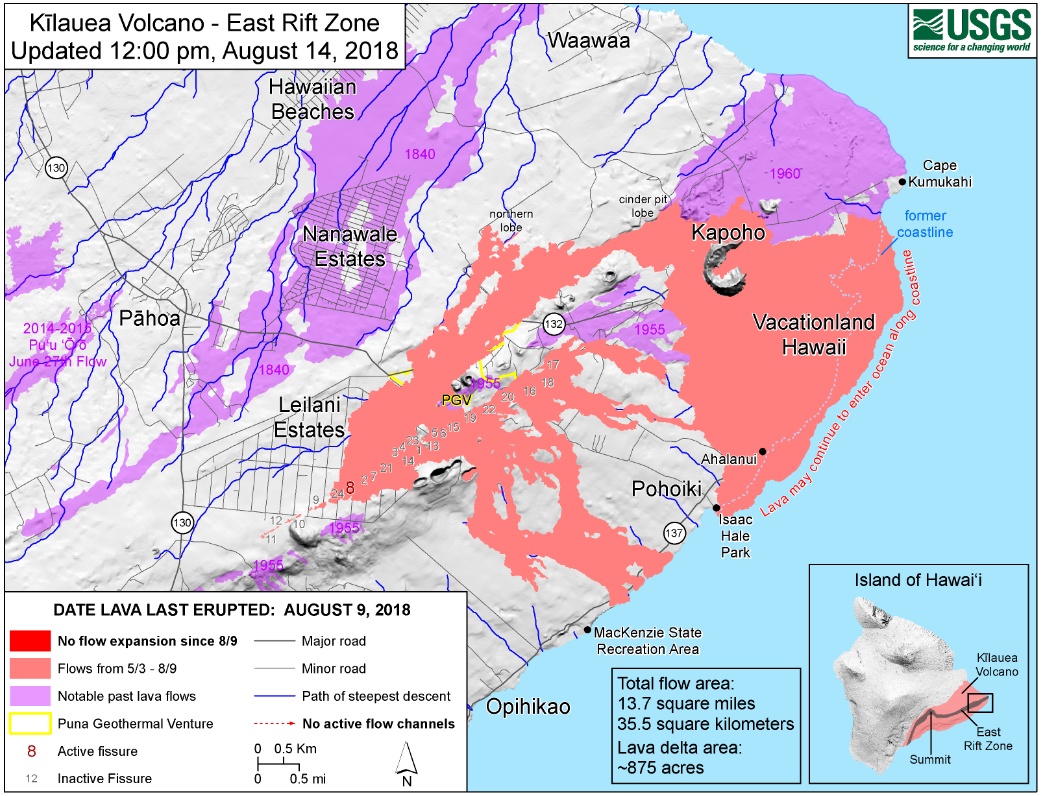