The event forced AVO to raise the Aviation Color Code (ACC) to Orange and Volcano Alert Level (VAL) to Watch.

This event was characterized by strong volcanic tremor that lasted for about 20 minutes, followed by about 40 minutes of weaker tremor pulses.

The event also produced weak infrasound (pressure wave) that was detected by instruments on Adak Island.

A thick meteorological cloud deck obscured observations below 3 km (10 000 feet) a.s.l. and a very faint cloud was observed rising briefly above it in a satellite image.

"It is unclear whether this cloud was related to the eruptive activity or whether it contained any volcanic ash," AVO said in their weekly report issued 22:04 UTC, October 26. "The nature of this eruptive episode is unclear at present and analysis of satellite images in the coming days may provide additional information. This event was not detected by lightning sensors, as would be expected by a large explosion."

No ash clouds were observed in satellite images but the volcano was obscured by high meteorological clouds with altitudes that ranged from 4.5 to more than 7.6 km (15 000 to greater than 25 000 feet).

Additional explosions are possible and will likely occur without warning, the observatory said. 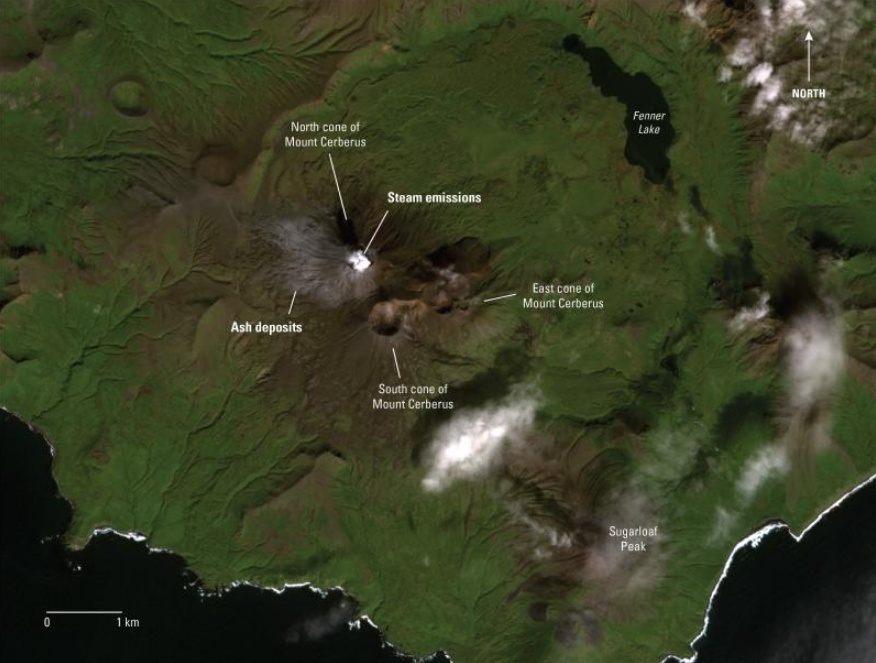 After several years of quiescence, AVO raised the ACC to Yellow and VAL to Advisory after increased seismicity detected on September 16.

This new information coupled with intensifying seismicity and a strong tremor signal recorded on September 17 prompted AVO to raise the ACC to Orange and the VAL to Watch. Seismicity remained elevated on September 18 with nearly constant tremor being recorded by local sensors. The ACC was lowered back to Yellow and VAL to Advisory on October 12 and raised again on October 26.

Semisopochnoi is monitored with an on-island seismic network, and remotely by satellite and lightning sensors. An infrasound array on Adak Island may detect explosive emissions from Semisopochnoi with a 13-minute delay if atmospheric conditions permit.

Semisopochnoi volcano occupies the largest, young volcanic island in the western Aleutians. The volcano is dominated by an 8-km (5-mile) diameter caldera that contains a small lake and a number of post-caldera cones and craters.

The age of the caldera is not known with certainty but is likely early Holocene.

The last known eruption of Semisopochnoi occurred in 1987, probably from Sugarloaf Peak on the south coast of the island, but details are lacking.

Another prominent, young post-caldera landform is Mount Cerberus, a three-peaked cone cluster in the southwest part of the caldera.

The island is uninhabited and part of the Alaska Maritime National Wildlife Refuge. It is located 65 km (40 miles) northeast of Amchitka Island and 200 km (130 miles) west of Adak.