Tropical Storm "Gordon" made landfall just west of the Alabama-Mississippi border at 03:15 UTC on September 5, 2018 (22:15 CDT, September 4) with estimated maximum sustained winds of 110 km/h (70 mph) and minimum central pressure of 997 hPa. The storm is expected to bring life-threatening storm surge and hurricane conditions to portions of the central Gulf Coast, where a Storm Surge Warning and Hurricane Warning are in effect. The highest storm surge is expected along the coasts of Mississippi and Alabama from Biloxi to Dauphin Island. Heavy rainfall from Gordon will affect the western Florida Panhandle, southwest Alabama, southern and central Mississippi, northeastern Louisiana, and southern Arkansas, where totals could reach as high as 305 mm (12 inches). This rainfall will cause flash flooding in portions of these areas.

On the forecast track, the center of Gordon will move across the lower Mississippi Valley through Wednesday, September 5. Some decrease in forward speed is expected over the next couple of days, followed by a turn toward the north-northwest and north on Friday, September 7.

Continued rapid weakening is expected while the system moves over land, and Gordon is forecast to become a tropical depression later this morning (CDT). 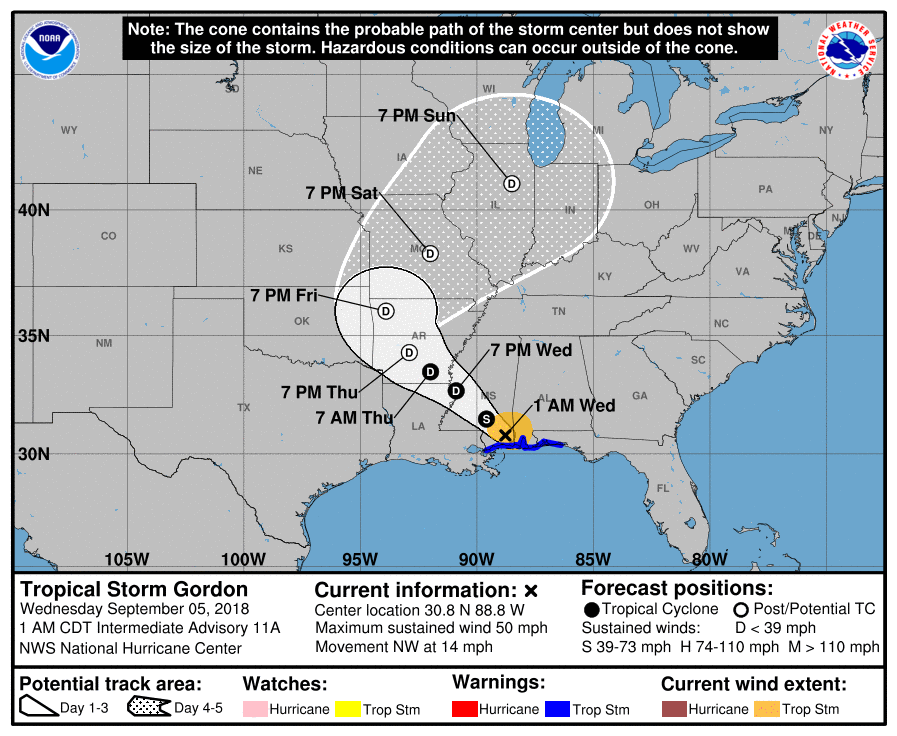 The deepest water will occur along the immediate coast near and to the east of the landfall location, where the surge will be accompanied by large waves. Surge-related flooding depends on the relative timing of the surge and the tidal cycle, and can vary greatly over short distances. 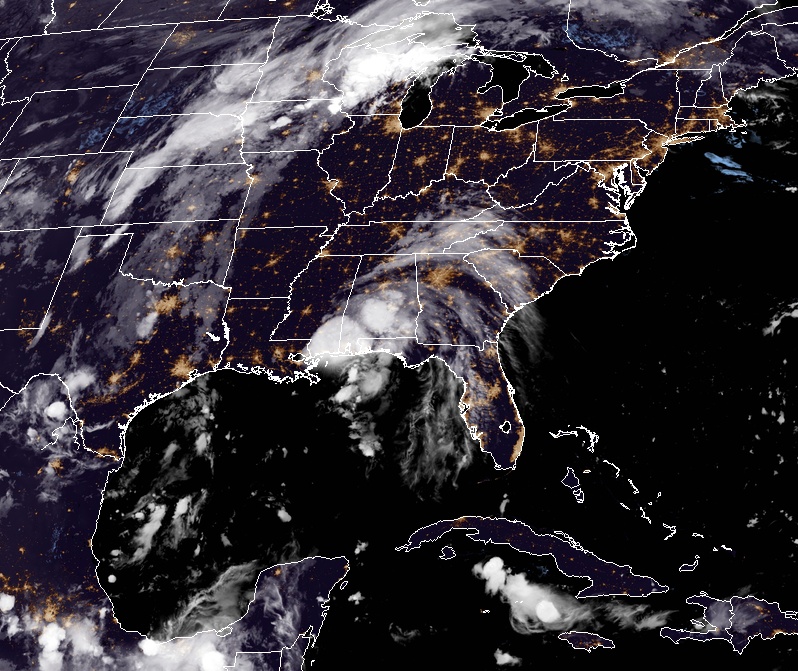 This rainfall will cause flash flooding across portions of these areas.

A couple of tornadoes are possible tonight near the coasts of Alabama and the western Florida Panhandle.

The Escambia County Sheriff's Office stated on Tuesday night that a child in Pensacola, Florida, was killed after a tree toppled over onto a mobile home, leaving the front of the structure crushed.