Tropical Storm "Chris" formed July 8, 2018, off the coast of Carolinas, US as the 3rd named storm of the 2018 Atlantic hurricane season. Further strengthening is expected while it meanders off the coast of the Carolinas. 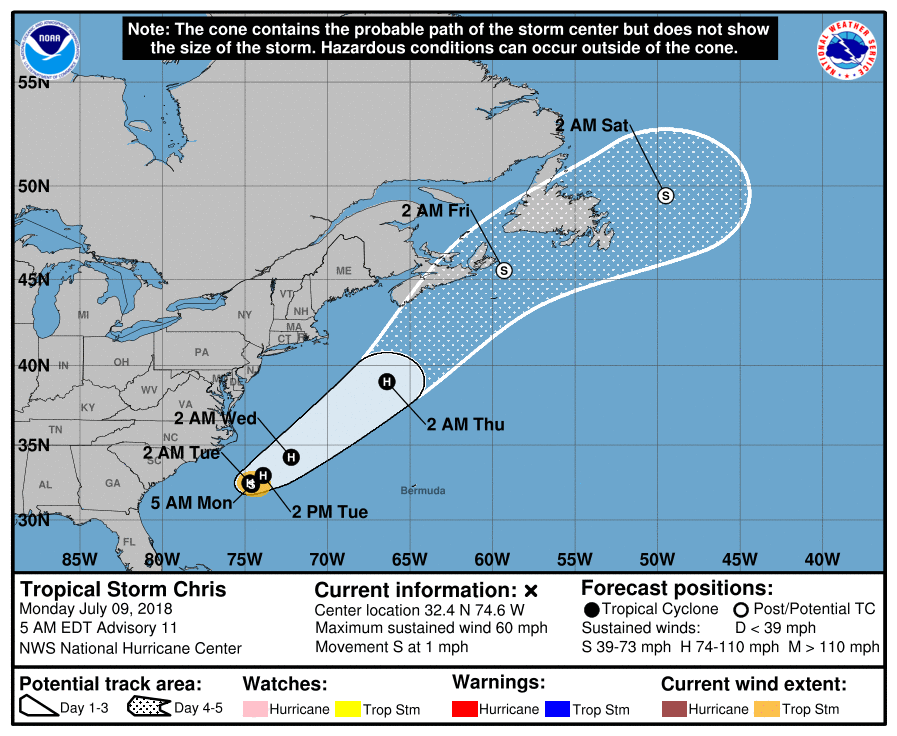 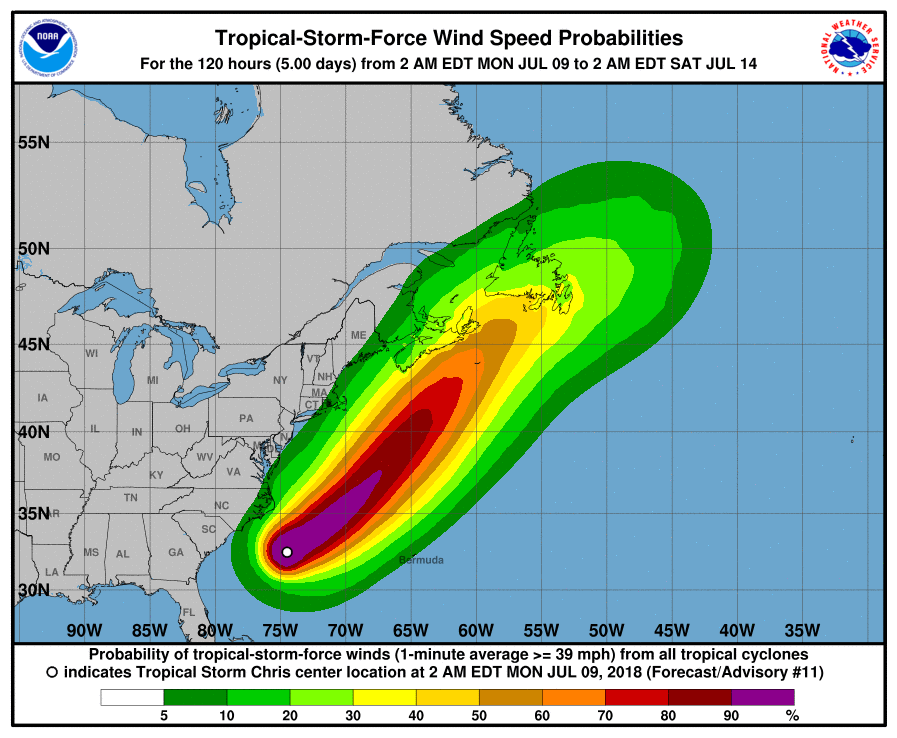 There are currently no coastal watches or warnings in effect but interests along the coast of North Carolina should monitor its progress.

Chris is expected to remain nearly stationary during the next day or so, followed by northeastward motion late Tuesday, July 10, and acceleration toward the northeast on Wednesday and Thursday, July 11 and 12. 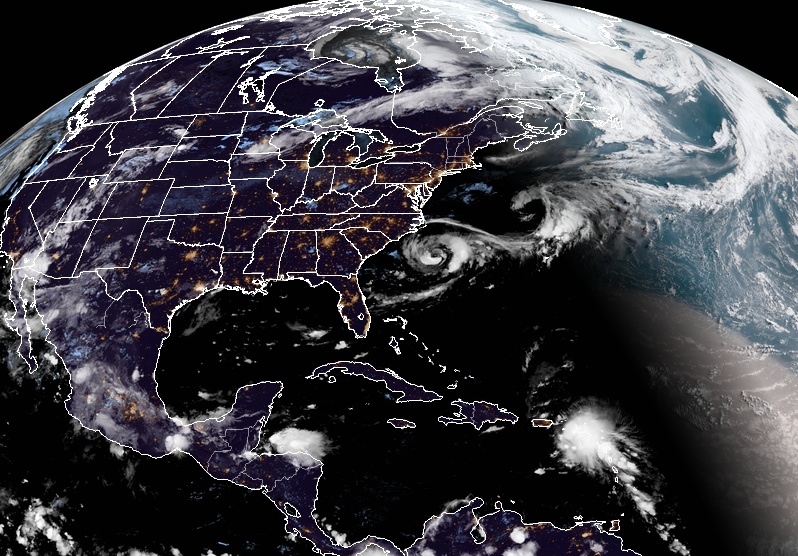 Strengthening is expected during the next couple of days and Chris is expected to reach hurricane strength today or tonight (EDT).

Swells generated by this storm are expected to increase and affect portions of the coast of North Carolina and the min-Atlantic states during the next few days.