Very Strong Typhoon "Maria," still a Super Typhoon according to the JTWC, is heading toward Ryukyu Islands, Taiwan and China. Its center is expected to pass right over or very near Miyakojima, Japan around 06:00 UTC on July 10, just north of northern Taiwan and capital Taipei some 12 hours later and make landfall over east-central China with the intensity of around 185 km/h (115 mph), Category 4 hurricane equivalent. 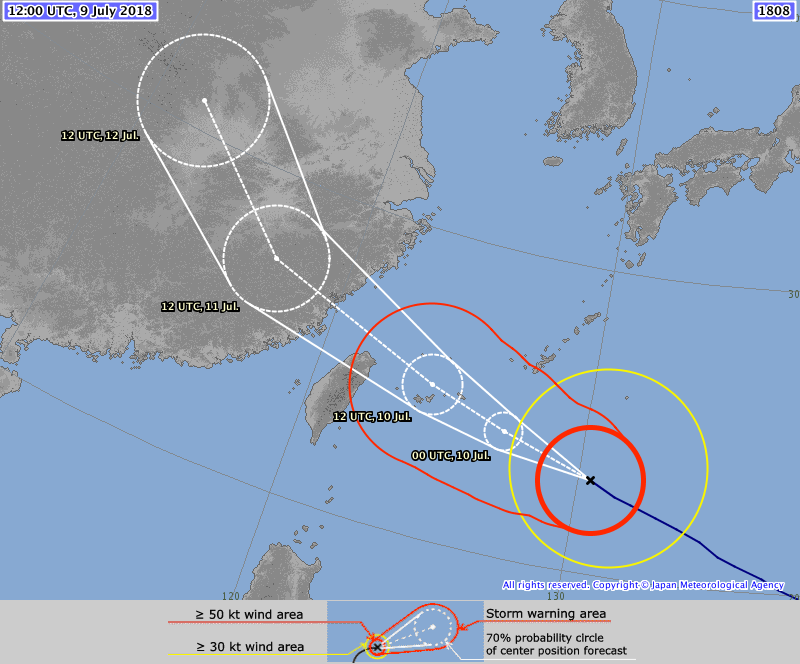 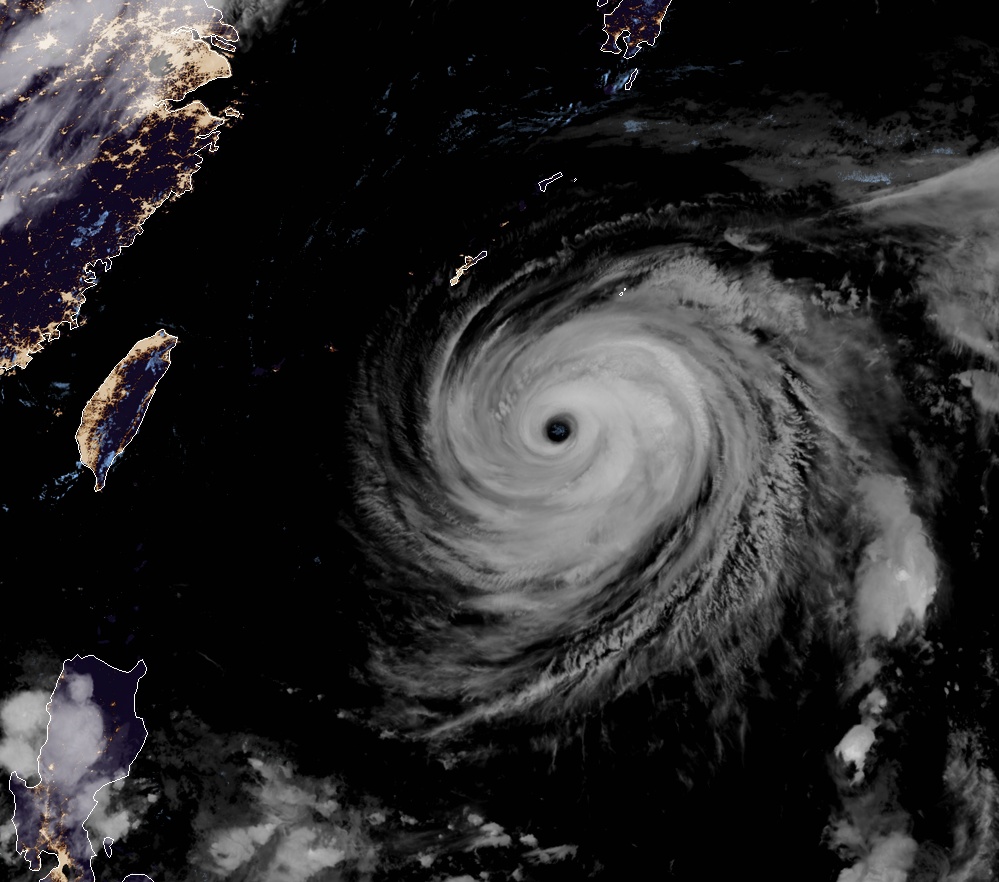 The environmental analysis reveals that Maria is in an area of low vertical wind shear and is tracking through an area of warm sea surface temperatures.

The system is forecast to continue tracking WNW and steadily decrease in intensity as it reaches cooler sea surface temperatures. As it continues on its WNW track, Maria will encounter increasing vertical wind shear due to an approaching mid-latitude trough which will further contribute to the weakening trend.

Maria is expected to make a direct hit or pass dangerously close to Miyakojima, the southern Ryukyu Islands on July 10 as an extremely dangerous Category 4 hurricane equivalent on the Saffir-Simpson Hurricane Wind Scale.

While Maria's center will not pass directly over Taiwan, it will still be close enough to cause significant damage to the nation, especially in its northern regions where gusts could reach 130 – 160 km/h (80 – 100 mph) and up to 250 mm (10 inches) of rain could fall.

Land interaction with northern Taiwan around 21:00 UTC on July 10 will further increase the rate of weakening. However, Maria will still be a very dangerous typhoon (estimated wind speed around 185 km/h / 115 mph, making it a Category 3 hurricane equivalent) when it makes landfall over east-central China late July 10 or early July 11 (UTC).

China's Fujian province has activated an emergency response to cope with the approaching typhoon, the 8th of the year. All fishing boats are ordered to return to the harbor by July 10 afternoon (local time) and all personnel at offshore fish farms to retreat to land by 18:00 local time. In addition, all coastal tourist resorts should also be closed by the same time.

Destructive winds will be accompanied by very heavy rainfall very large waves can devastate homes and communities along the immediate coast.

Maria will rapidly weaken as it tracks northwest over east-central China and the track will shift to the north.