More than 700 000 animals have died in Mongolia this year due to dzud, a brutal natural disaster unique to Mongolia where a summer drought combines with a harsh winter and vast numbers of livestock die from either starvation or cold.

As of March 7, snowfall covered up to 50% of the country, with 66 administrative subdivisions in 12 provinces experiencing dzud or near dzud conditions, Mongolian National Agency for Meteorology and Environmental Monitoring said in a statement, adding that a total of 710 740 animals died so far this year.

Among the provinces, Khovd and Uvs in the west, Khuvsgul in the northwest, as well as Khentii in the east registered the highest rates of animal death. 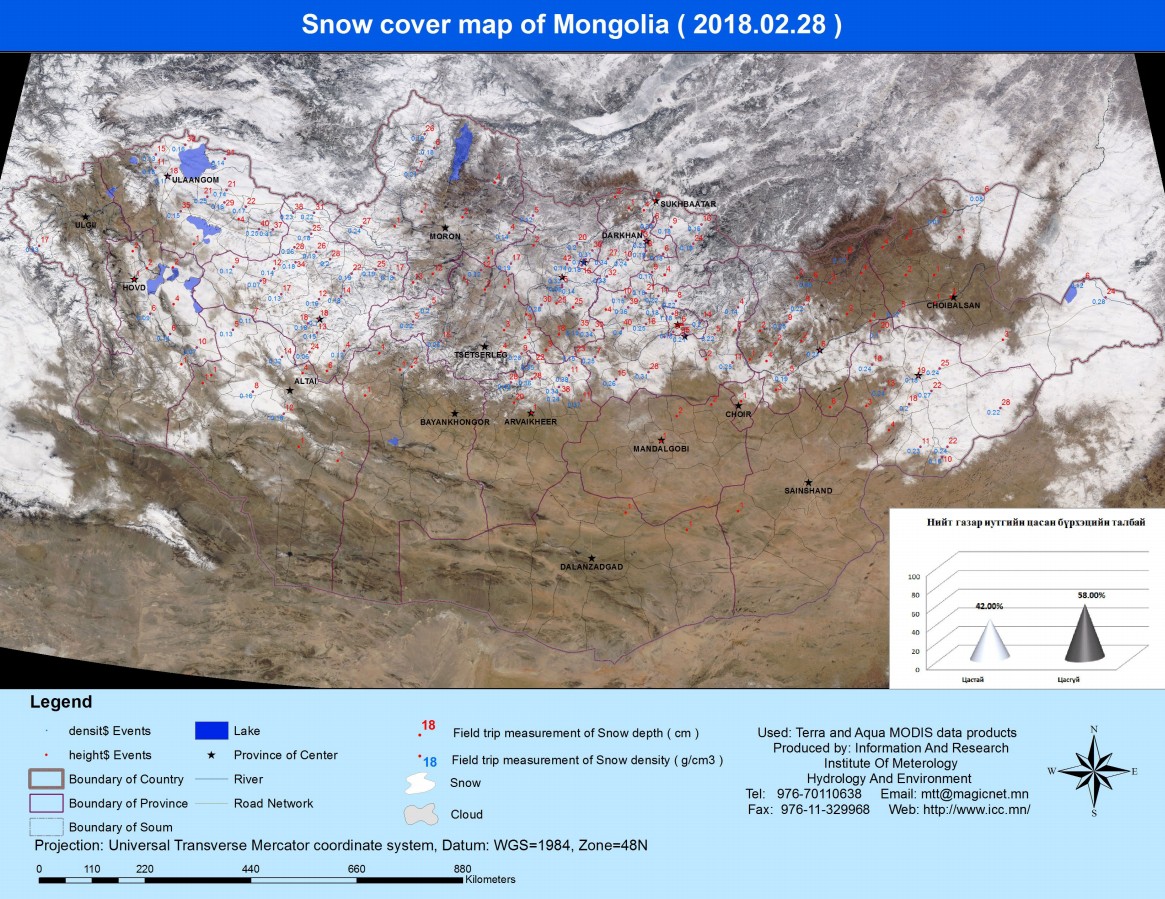 A prolonged period of severe dry weather between mid-May and end of July 2017, intensified by extremely high temperatures in June, damaged large swatches of cropped areas and caused a severe deterioration of pastures and rangeland conditions, FAO/WFP reported on December 22, 2017.

An estimated 80% of the country was affected by drought conditions, resulting in severe yield and area losses of the 2017 crops. The 2017 wheat production is estimated at about 231 000 tonnes, almost half of last year’s high level and over 40% less than the five-year average.

Drought also caused a severe deterioration of pasture conditions, which prevented livestock to gain fat stores and strengthen core muscle strength, critical to overcome the normally harsh winter/spring months. According to MoFALI data, as of November 2017, overall livestock body condition was 14% below average.