Tropical Storm "Selma" formed 09:00 UTC on October 27, 2017, off the coast of Nicaragua and El Salvador as the 18th named storm of the 2017 Pacific hurricane season. A Tropical Storm Warning is in effect for the entire coast of El Salvador. Landfall is expected near the border with Guatemala sometime after 12:00 UTC on Saturday, October 28, 2017. Heavy rainfall produced by the system might cause life-threatening flash floods and mudslides.

On the forecast track, the center of Selma will approach the coast of El Salvador and Guatemala on Saturday, October 28 and make landfall sometime after 12:00 UTC. Slight strengthening is forecast before Selma reaches the coast.

Selma is expected to produce total rain accumulations of 76.2 – 152.4 mm (3 – 6 inches) over El Salvador, southern Guatemala, southern Honduras and far western Nicaragua over the next couple of days. Isolated maximum amounts of 254 mm (10 inches) are possible in El Salvador and southern Guatemala. This rainfall could cause life-threatening flash floods and mudslides. 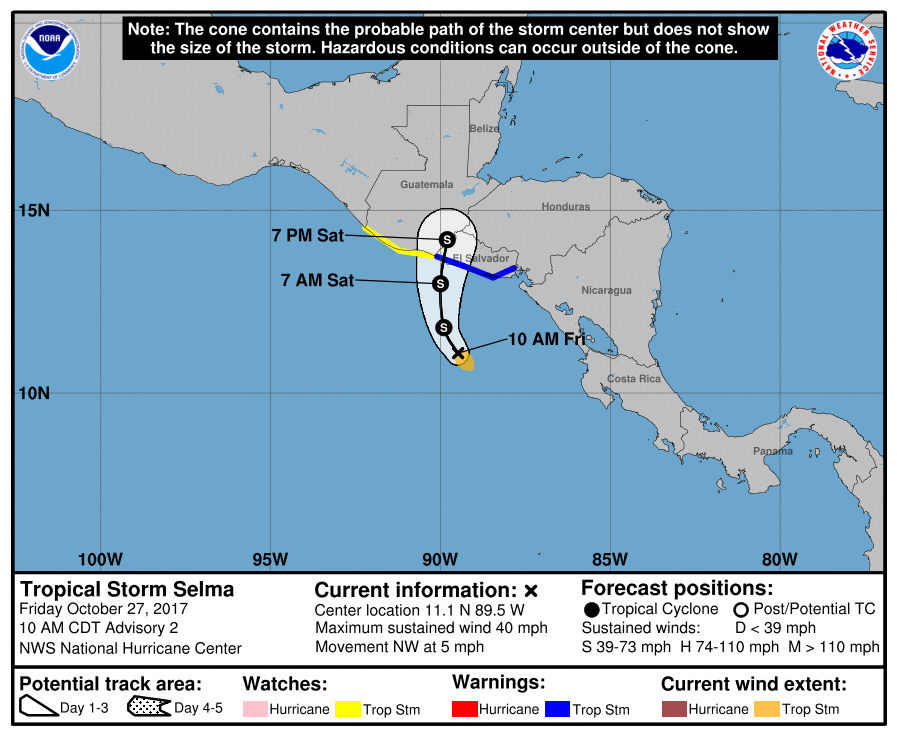 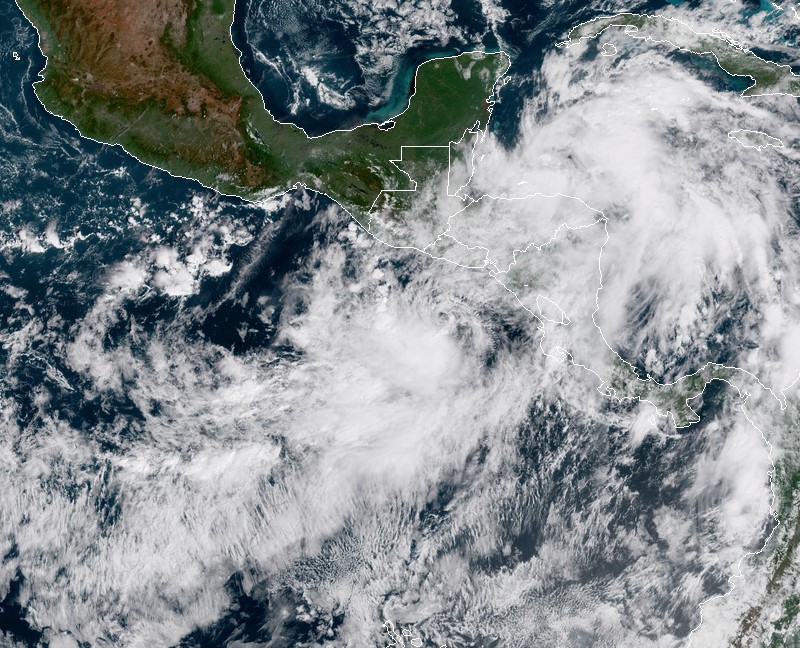 Tropical storm conditions are expected to first reach the coast of El Salvador and Guatemala by early Saturday, making outside preparations difficult or dangerous.

Swells generated by Selma are forecast to affect portions of the coasts of Nicaragua, Honduras, El Salvador and Guatemala later today. These swells are likely to cause life-threatening surf and rip current conditions.