The minimum central pressure recently reported by the Hurricane Hunter aircraft is 954 hPa. On September 24, Maria's pressure dropped to 941 hPa. This is the lowest pressure for an Atlantic hurricane with maximum sustained winds less and equal to 168 km/h (105 mph) since Hurricane "Sandy" of 2012, according to Dr. Philip Klotzbach. "Low pressure relative to that what would be expected given the max winds observed means that the storm is generally large in size." 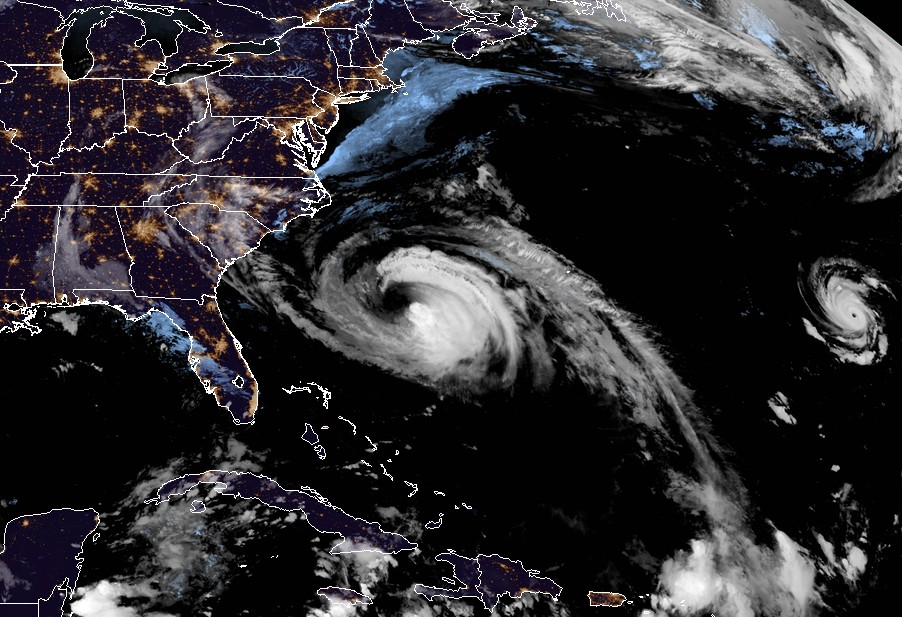 On the current forecast track, the core of Hurricane "Maria" will move well east of the southeast coast of the United States during the next day or so. 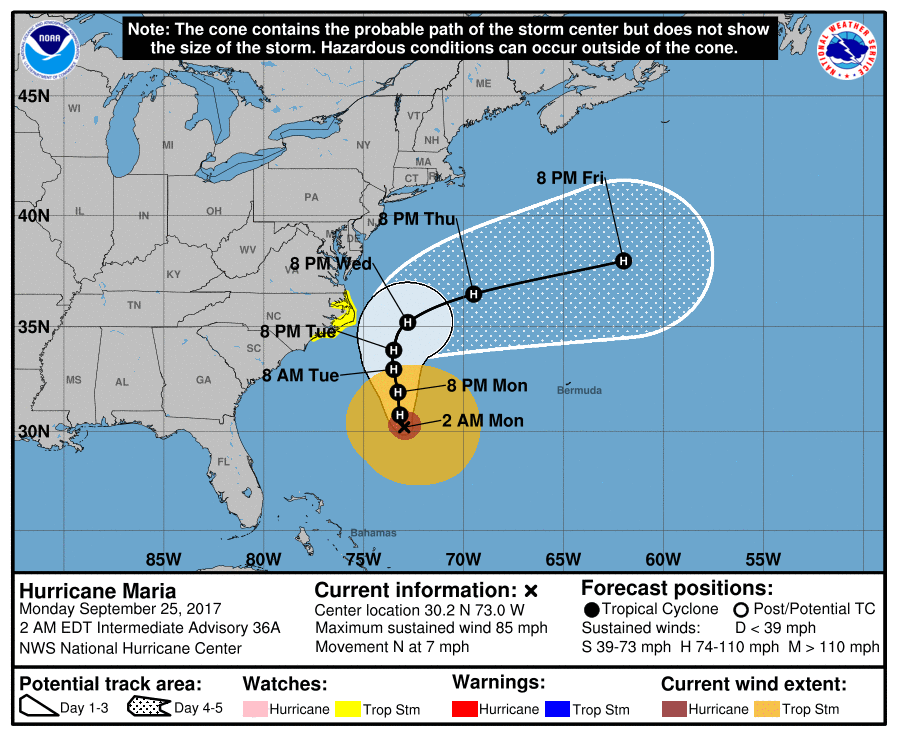 The combination of a dangerous storm surge and the tide will cause normally dry areas near the coast to be flooded by rising waters moving inland from the shoreline. The water is expected to reach the following heights above ground if the peak surge occurs at the time of high tide:

Surge-related flooding depends on the relative timing of the surge and the tidal cycle and can vary greatly over short distances.

Swells generated by Maria are increasing along portions of the southeastern United States coast and Bermuda and will be increasing along the Mid-Atlantic coast tonight and Monday (local time). Swell also continue to affect Puerto Rico, the Virgin Islands, the northern coast of Hispaniola, the Turks and Caicos Islands, and the Bahamas.