A newly formed tropical cyclone – Tropical Storm "Pilar" – is producing heavy rain along portions of the western coast of Mexico for the past 2 days. The storm was named 03:00 UTC on September 23, thus becoming the 16th named storm of the 2017 Pacific hurricane season. Rain produced by Pilar could cause life-threatening flash floods and mudslides over the western portions of the Mexican states of Nayarit and southern Sinaloa through Monday night (local time).

Gradual weakening is forecast, and Pilar is expected to become a tropical depression on Monday and dissipate on Tuesday.

Tropical-storm-force winds extend outward up to 95 km (60 miles) from the center.

A Tropical Storm Warning is in effect for the coast of Mexico from Cabo Corrientes northward to Bahia Tempehuaya, including Las Islas Marias. 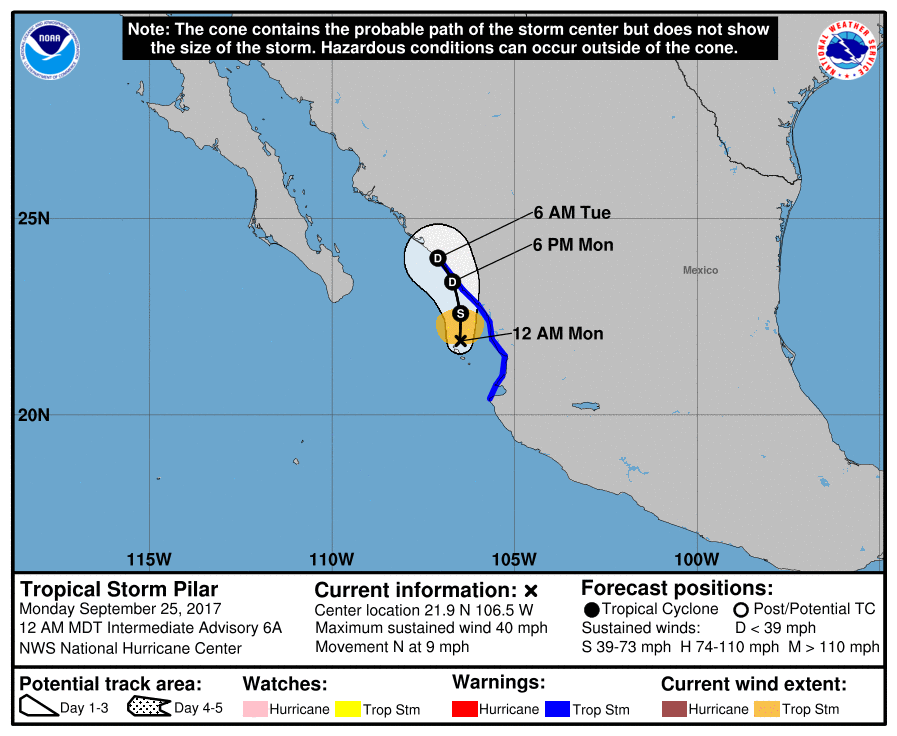 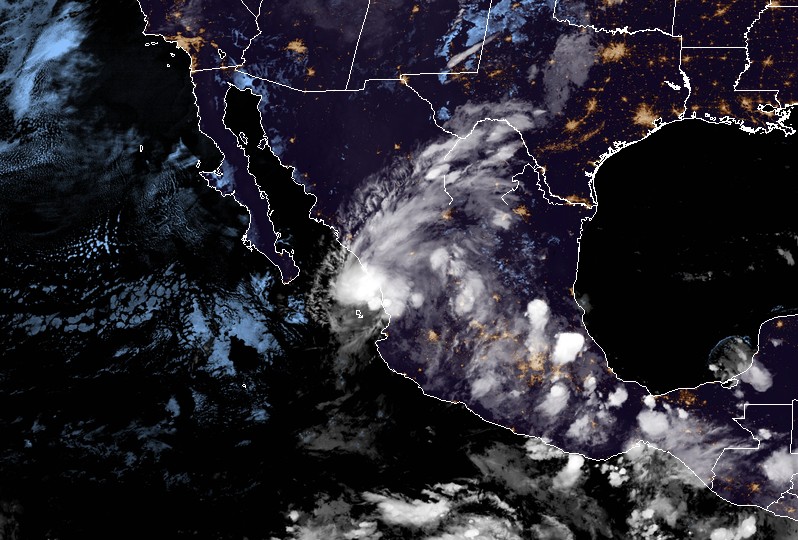 Pilar is expected to produce total rain accumulations of 76.2 to 177.8 mm (3 to 7 inches) with possible isolated maximum amounts of 254 mm (10 inches) over the western portions of the Mexican states of Nayarit and southern Sinaloa through Monday night. This rainfall could cause life-threatening flash floods and mudslides.

Tropical storm conditions are occurring in a portion of the warning area. These conditions will gradually spread northward along the Mexican coast on Monday.