OSIRIS-REx, NASA’s asteroid sample return spacecraft successfully used Earth’s gravity on Friday, September 22, 2017 to slingshot itself on a path toward the Asteroid Bennu, for a rendezvous next August.

The spacecraft came within 17 237 km (10 711 miles) of Antarctica, just south of Cape Horn, Chile, before following a route north over the Pacific Ocean. This gravitational slingshot bent its trajectory by six degrees, sending the spacecraft on a path to intercept Bennu. 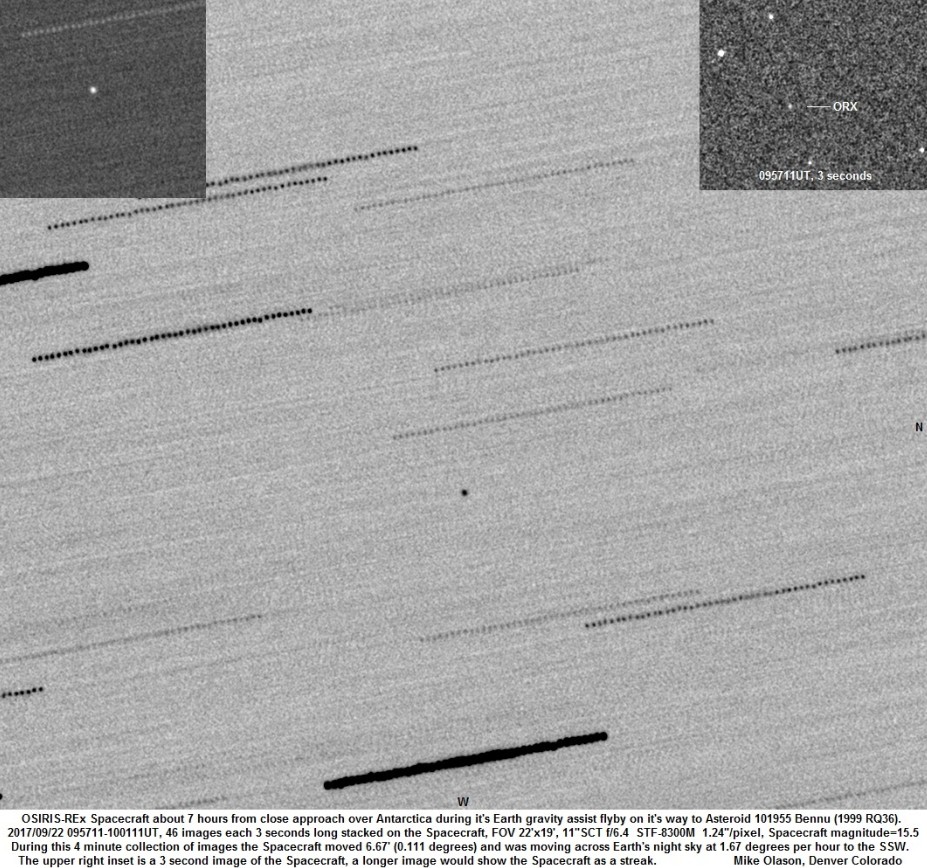 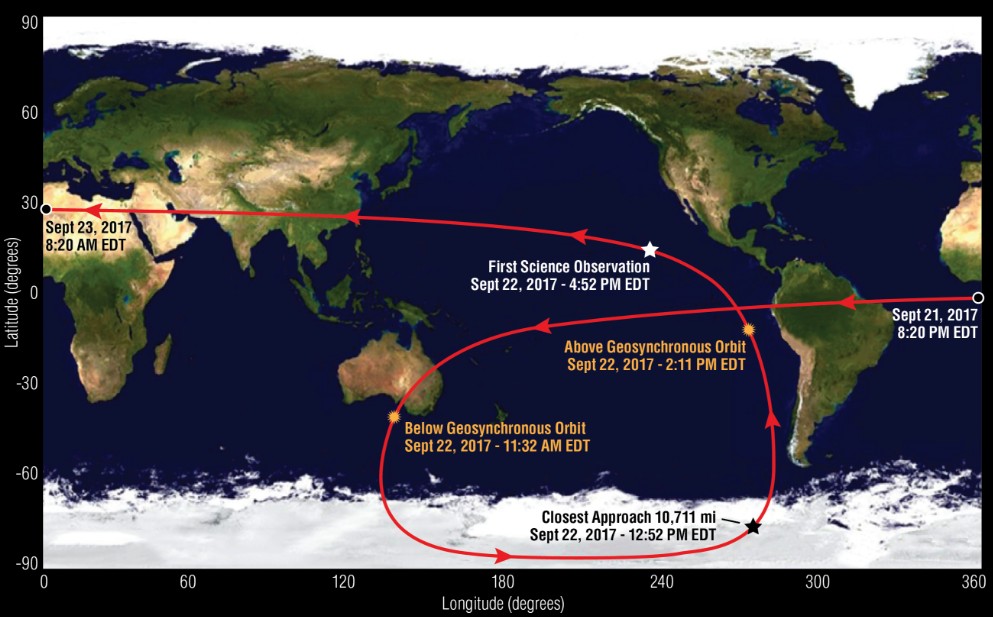 "The encounter with Earth is fundamental to our rendezvous with Bennu," said Rich Burns, OSIRIS-REx project manager. "The total velocity change from Earth’s gravity far exceeds the total fuel load of the OSIRIS-REx propulsion system, so we are really leveraging our Earth flyby to make a massive change to the OSIRIS-REx trajectory, specifically changing the tilt of the orbit to match Bennu."

OSIRIS-REx launched September 8, 2016, from Cape Canaveral Air Force Station. The spacecraft is expected to reach Bennu in 2018 and return a sample to Earth in 2023.