Geoeffective Active Region 2673 produced 7 M-class and at least 8 C-class solar flares on September 4, 2017. The strongest was M5.5 at 20:33 UTC associated with an asymmetric full halo Coronal Mass Ejection (CME). This region has the potential to produce more strong to major eruptions on the Sun, including X-class flares. Its location currently favors Earth-directed CMEs.

This impressive region grew vigorously over the past 48 hours, suddenly becoming one of the largest regions of the year. It now has 'beta-gamma-delta' magnetic configuration and is capable of producing strong to major eruptions on the Sun. Since the region will remain geoeffective today and in the days ahead, Earth-directed CMEs are likely. 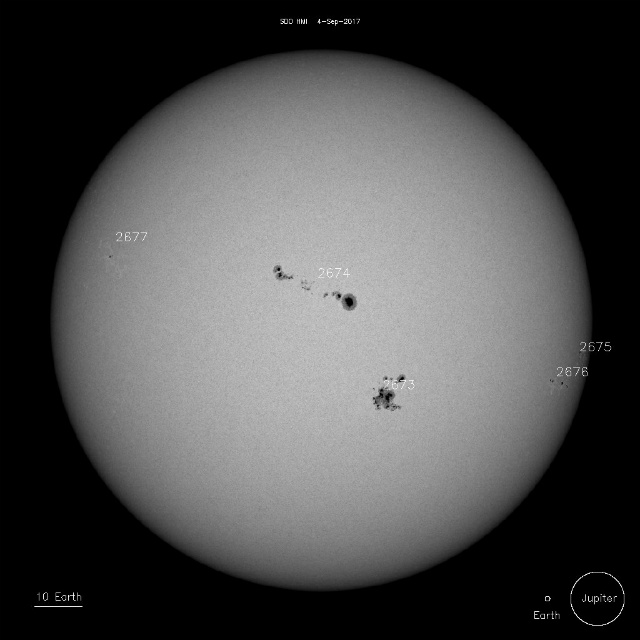 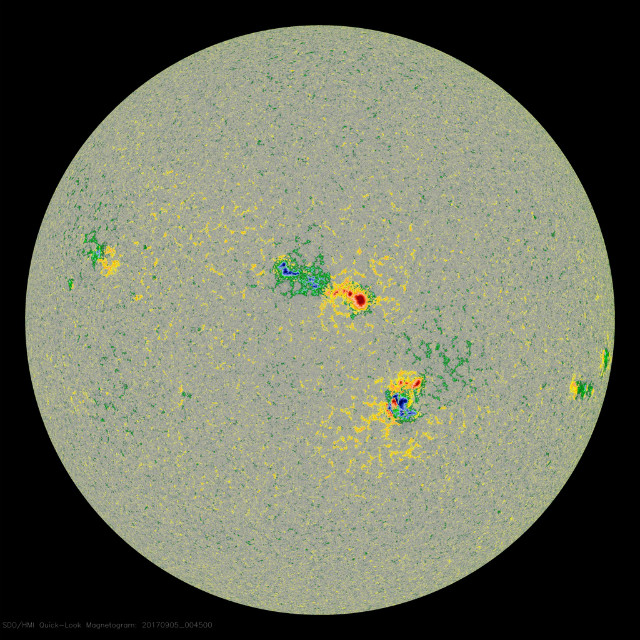 Type II emissions occur in association with eruptions on the Sun and typically indicate a CME was produced. A 10cm radio burst indicates that the electromagnetic burst associated with a solar flare at the 10cm wavelength was double or greater than the initial 10cm radio background. This can be indicative of significant radio noise in association with a solar flare. This noise is generally short-lived but can cause interference for sensitive receivers including radar, GPS, and satellite communications. 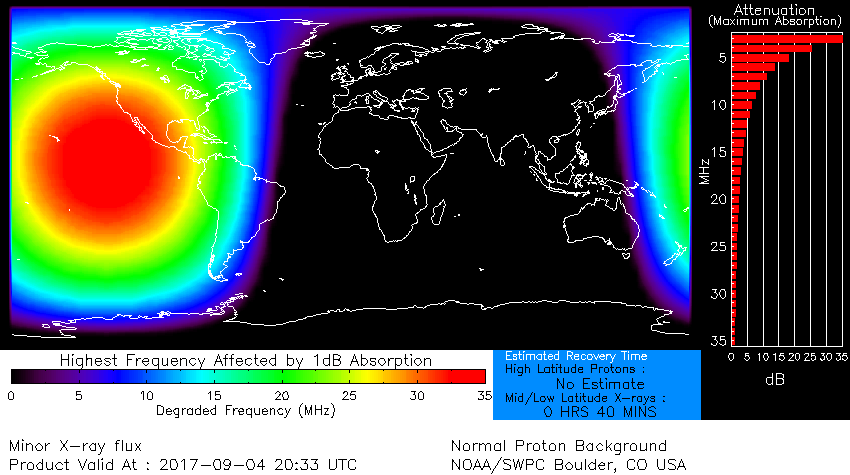 Additional analysis of the CME will be conducted as coronagraph imagery becomes available. 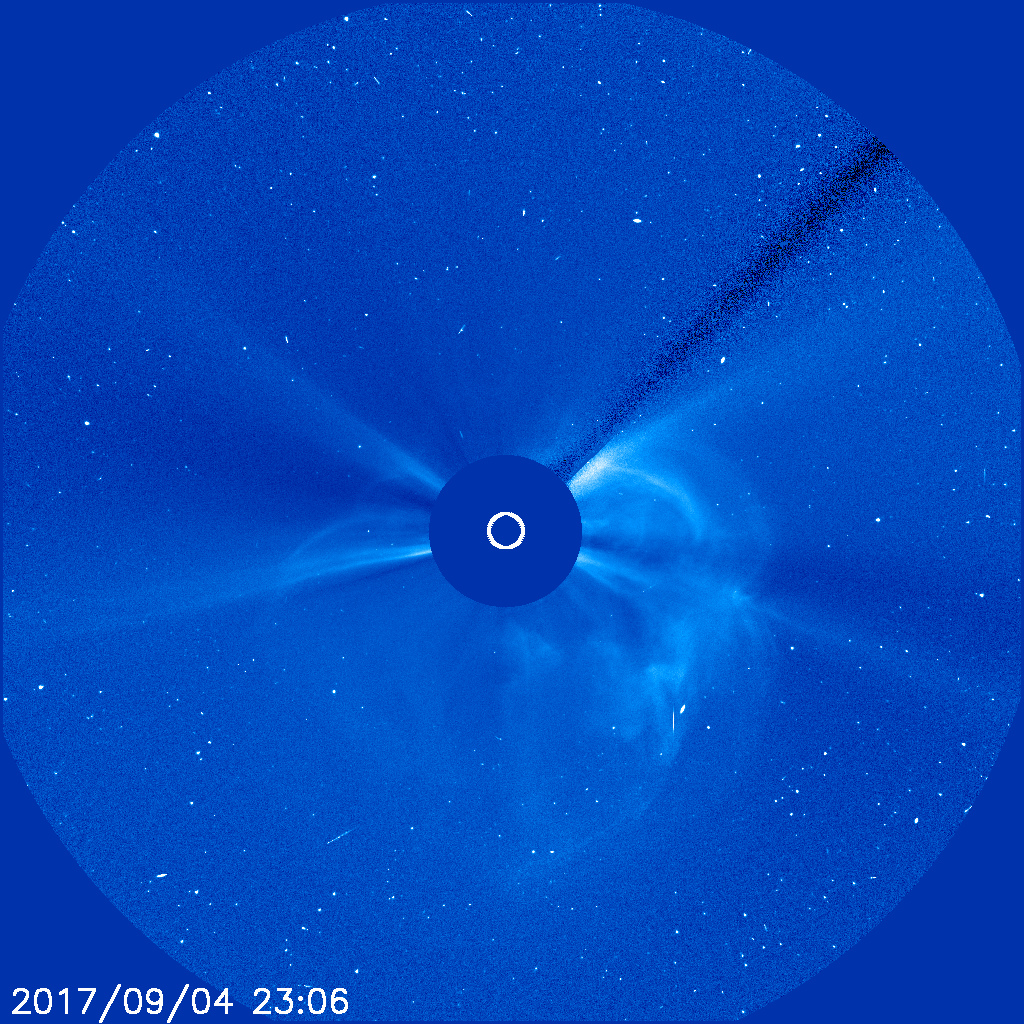 Solar activity is expected to be at moderate to high levels from September 5 to 7, mostly due to the flare potential and recent history of Region 2673. Radio blackouts reaching the R1-R2 (Minor-Moderate) levels are expected, with a chance for R3 (Strong) radio blackouts, NOAA SWPC forecasters said.

The greater than 2 MeV electron flux reached high levels with a maximum flux of 15 800 pfu observed at 18:05 UTC on September 4. The greater than 10 MeV proton flux values observed a slight enhancement that was likely associated with the M5 flare from Region 2673 and reached S1 – Minor threshold at 00:38 UTC. 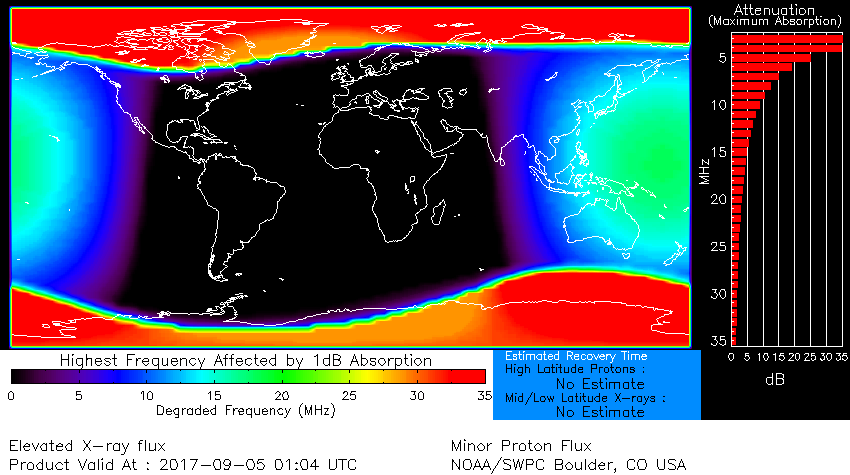 Solar wind speeds began to increase to around 585 km/s near the end of the day. Total magnetic field strength was at a nominal 5 nT through about 16:00 UTC, increased to 9 nT briefly, then leveled back off late in the UTC day. Bz was predominately variable, then remained southward for several hours, seeing a maximum southward deflection to -7 nT. Phi angle was mostly in a positive orientation but began to show signs of rotation by midday.

The solar wind environment is expected to continue to trend towards background levels late on September 5. Nominal levels are expected by September 6 and 7.

The geomagnetic field was at quiet to unsettled levels over the past 24 hours with an isolated G1-Minor geomagnetic storming period at the end of the day, likely associated with sustained -Bz. 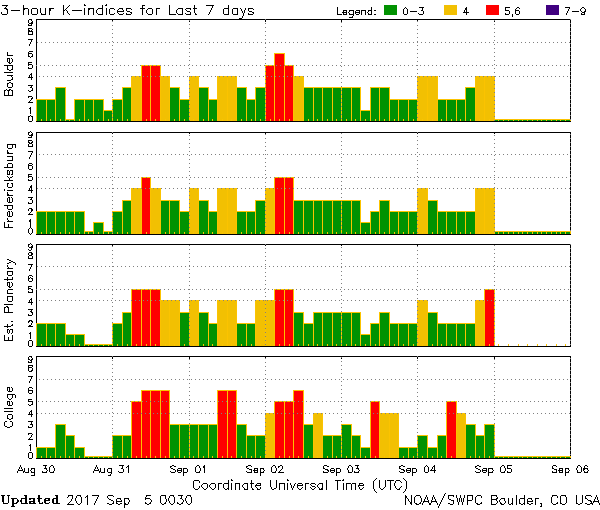 The geomagnetic field is expected to be at quiet to active levels, with isolated periods of G1-Minor storming periods early in the period, as the CH HSS influence tapers on September 5.

Quiet conditions are expected on September 6 and 7, with a slight chance for unsettled conditions, ahead of another CH HSS of negative polarity.