An unusual earthquake swarm is in progress near Rijeka, Croatia since 09:35 UTC on August 8, 2017. EMSC is reporting 7 earthquakes within 39 hours, but residents say they already felt dozens. This region sits directly on top of Adriatic plate's NW border. 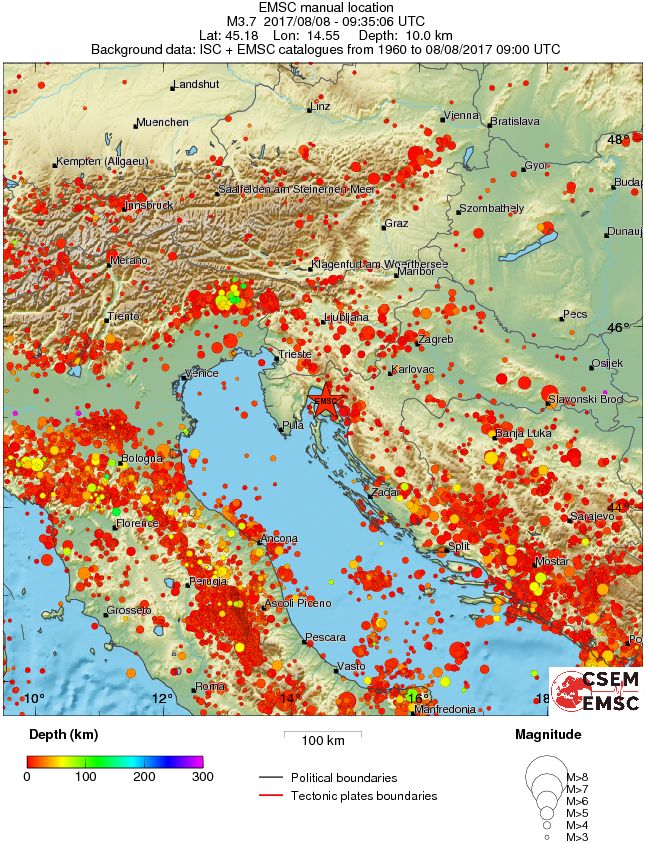 However, residents are reporting they felt dozens of earthquakes, describing the situation as almost 'constantly shaking.' Last night, many of them slept in cars and tents away from buildings. They say authorities did not issue any statement.

Swarms such as this one are unusual for this region. The country experiences several quakes per year, with magnitudes rarely exceeding 4. 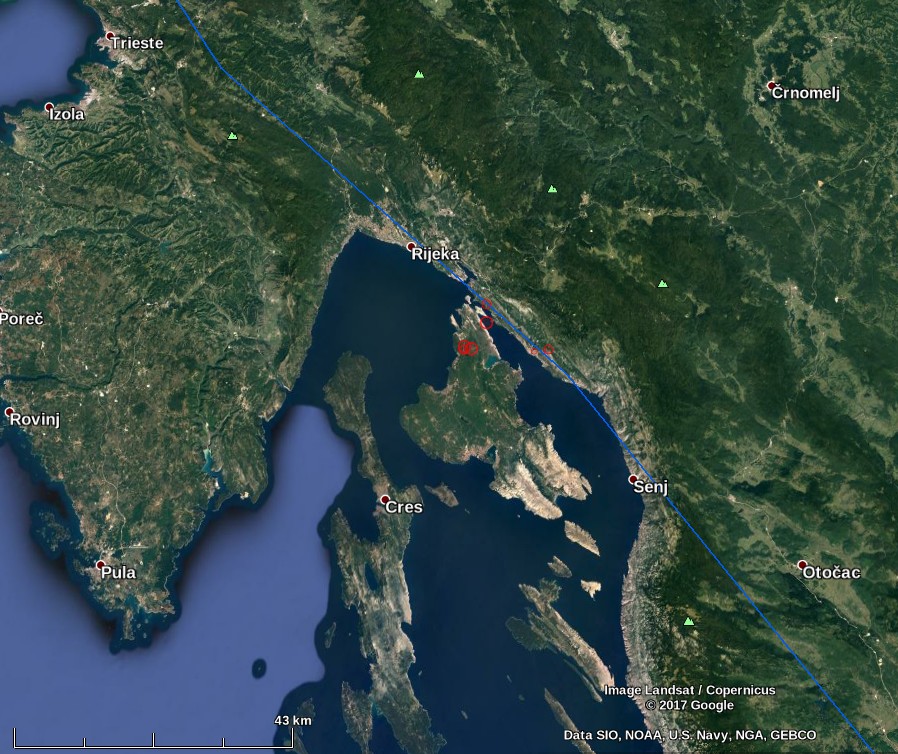 The strongest earthquake in the known history of the city of Rijeka took place on December 17, 1750. Its location was 23 km (14.3 miles) SSW of the city center, between Jesenovik, Kožljak, Brseč and Mošćenička Draga. The magnitude and depth of this earthquake are unknown. What is known is that it devastated Rijeka and nearby towns, causing many deaths.

The table below shows regional deadly earthquakes from 1500 to 2000.

The Adriatic or Apulian Plate is a small tectonic plate carrying primarily continental crust that broke away from the African plate along a large transform fault in the Cretaceous period. The name Adriatic Plate is usually used when referring to the northern part of the plate. This part of the plate was deformed during the Alpine orogeny, when the Adriatic/Apulian Plate collided with the Eurasian plate.

The Adriatic/Apulian Plate is thought to still move independently of the Eurasian Plate in NNE direction with a small component of counter-clockwise rotation. The fault zone that separates the two is the Periadriatic Seam that runs through the Alps. 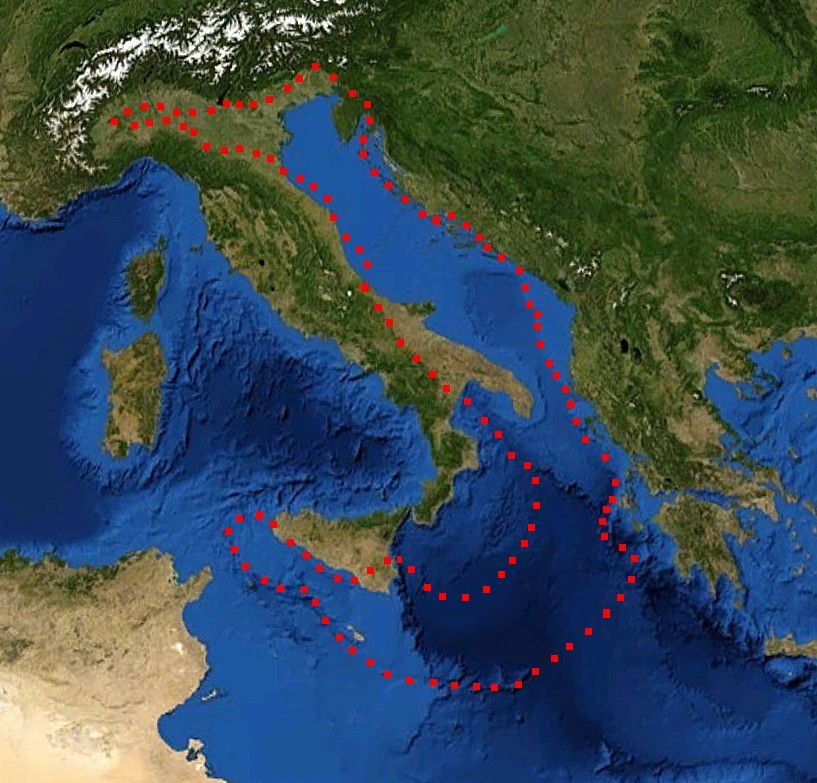 Studies indicate that in addition to deforming, the Eurasian continental crust has actually subducted to some extent below the Adriatic/Apulian Plate, an unusual circumstance in plate tectonics.

Oceanic crust of the African Plate is also subducting under the Adriatic/Apulian Plate off the western and southern coasts of the Italian Peninsula, creating a berm of assorted debris which rises from the seafloor and continues onshore. This subduction is also responsible for the volcanics of southern Italy.