Severe storms that hit parts of northern Illinois on Wednesday, June 28, 2017, dumped more than 152 mm (6 inches) of rain in less than 4 hours, NWS said. The rains caused extreme flash flooding in many areas, including Rockford area which became impassable.

Some of the initial storms were supercells, producing a couple of EF-1 tornadoes over north central Illinois in Winnebago and Boone Counties. There were also areas of straight-line wind damage, including into Lake County Illinois.

The main story though was the significant flash flooding in Winnebago and Boone Counties due to 76 to 152 mm (3 to 6+ inches) of rain, mainly in less than four hours, the National Weather Service in Romeoville said.

The flash flooding was extreme enough to cause dozens of roads to be flooded and impassable across the two counties, including parts of the cities of Rockford and Belvidere, NWS said. There were reports from Emergency Management of numerous vehicles stranded and drivers having to be rescued, as well as creeks over their banks including Kent Creek in Rockford.

In the Loon Lake area near Antioch, a strong wind sheered trees off about 2.4 m (8 feet) off the ground, and there was a swath of damage 91 m (300 feet) wide that went from the east side of the lake, through the Clublands of Antioch subdivision and all the way to Route 45, according to the Chicago Tribune.

"It was about a 300-foot-wide path of destruction," Antioch Fire Department Fire Chief John Cokefair said. "There were quite a lot of trees down on sheds, garages and houses in the east Loon Lake area. And quite a few power lines were down, but there were no reported injuries. The trees were sheared off about 2.4 to 3 m (8 to 10 feet) up. It was interesting to see," he said, adding that he wouldn't hazard a guess as to whether it was a tornado or a micro-burst.

Meteorologist Matt Friedlein of the National Weather Service said Thursday it was a straight-line wind surge that probably hit about 112 km/h (70 mph). "We suspect from the physical evidence that winds were at least 70 mph to be able to cause that damage," he said, adding that a tornado would have left circular evidence, and a micro-burst is when wind comes straight down and then rushes out when it hits the ground. 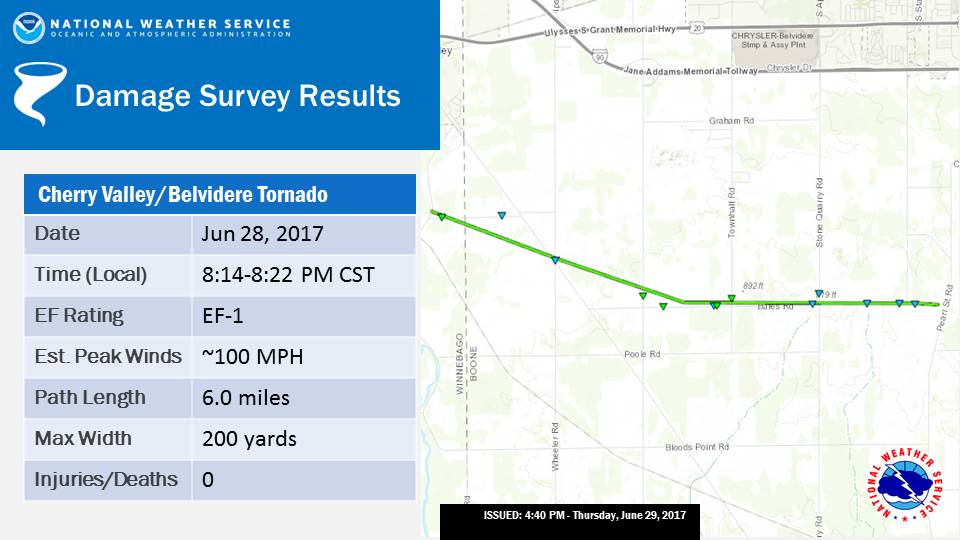 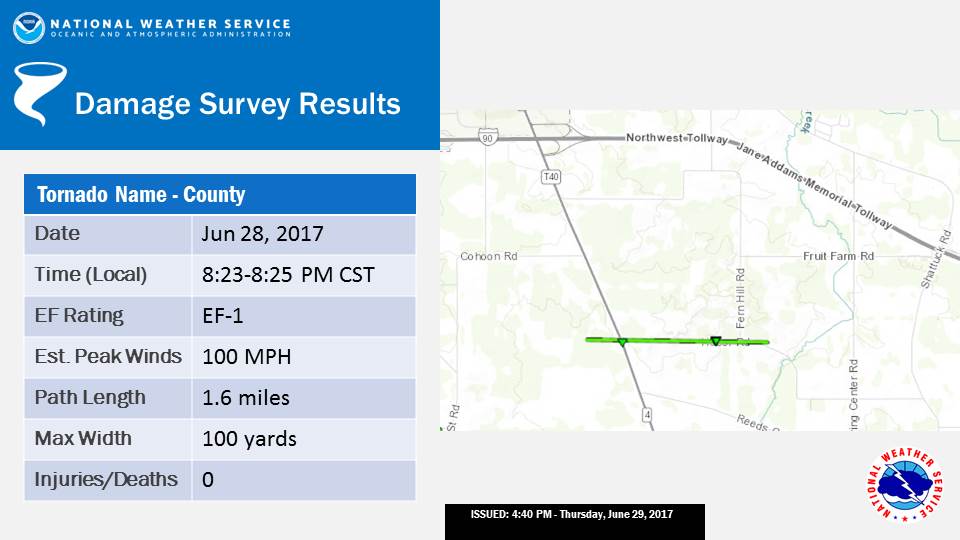