What is becoming one the West's wettest years on record has stretched winter season for most California and Nevada ski resorts well into spring and, with 2.4 m (8 feet) of snow still on most of the mountains, some resorts now say they will stay open during the entire summer and into the next winter season. For skiers and snowboarders, this is a dream come true as this summer, they'll be able to both ski and surf.

Between October 2016 and April 2017, California saw a 175% of the long-term average of rain, courtesy of numerous atmospheric river events. For both scientists and public, this was an unexpected turn of events which led the state to end the official drought emergency in all but four of its counties. 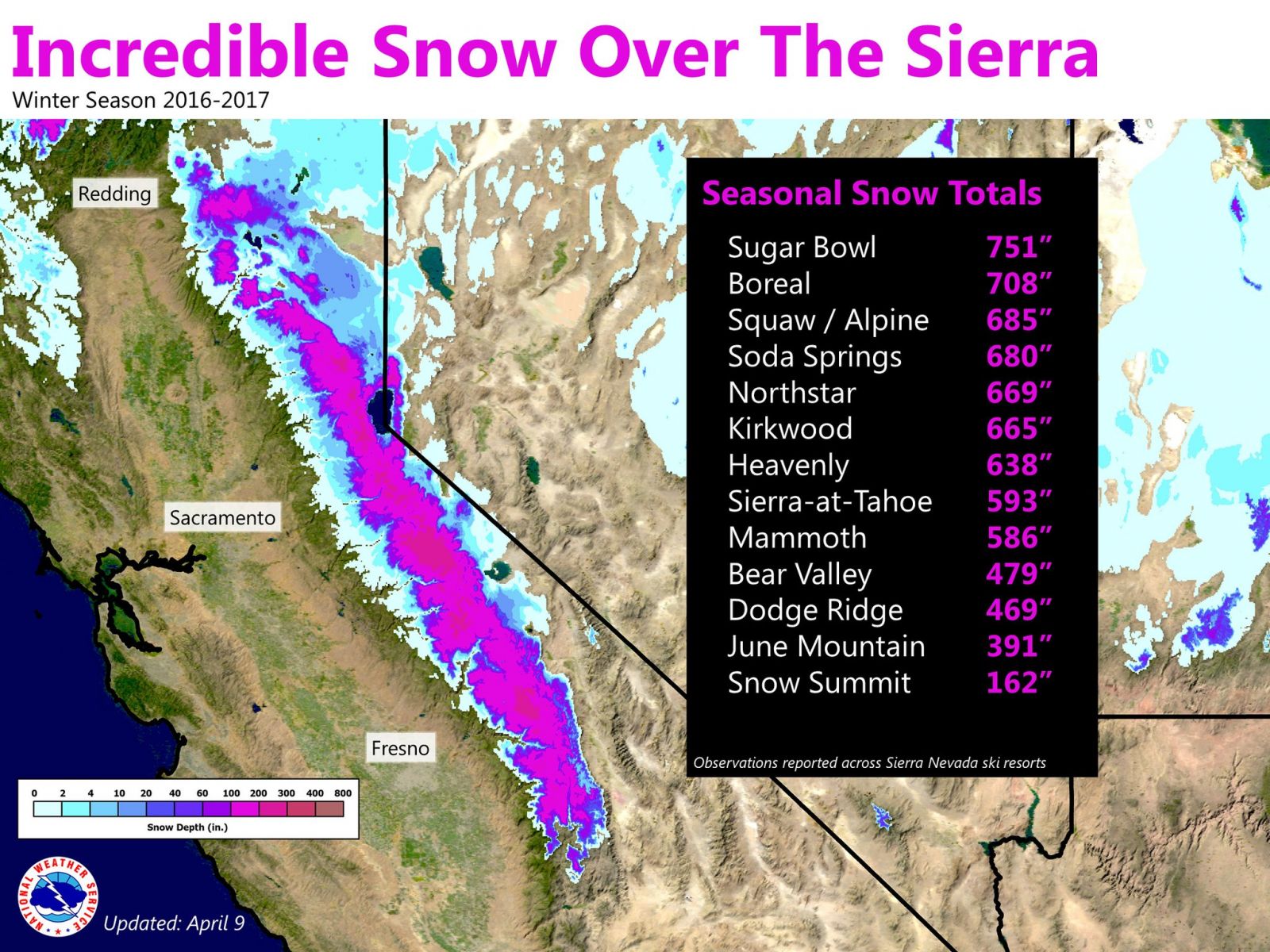 This was an excellent turn of events for drought, but, at the time, horrible for ski season, as all that snow buried roads and ski lifts, forcing some resorts to close during what should have been the peak of the season.

Luckily, the conditions changed with the end of the winter and into spring.

As reported on June 7 by the USA Today, many mountains in the Rockies, Sierra and Cascades are packed with at least 8 feet (2.4 m) of snow, according to data provided by the National Weather Service. "This is creating a dream summer for skiers and snowboarders," the paper said.

The Mammoth Mountain ski area in Mammoth Lakes, is seeing its "best spring conditions in decades … and will be operating DAILY into August for one of our longest seasons in history," the resort said on its website. "When will this endless winter end? We don’t have that answer yet, but we do know that the skiing and riding is all-time right now."

The snowpack throughout the Sierra rivals, and in places exceeds, records set during the massive winter of 1982 – 83.

As of June 6, the amount of snow on the ground in the central Sierra region was twice as much as usual, marking its biggest June snowpack in decades, the California Department of Water Resources said.

If you venture out to the mountains this summer, be careful tho, as the snow can be a deadly hazard. Snow-covered routes make walking difficult and falls on steep slopes can result in long, dangerous and uncontrolled slides.

Officials in the region are warning hikers to avoid certain areas where the trails can be undermined by rapid snowmelt, and underground streams can appear overnight under the surface snow.