In an interesting turn of events, just 7 days of heavy rainfall, in places record-breaking, pulled the entire state of Florida out of extreme drought conditions. The state is still not completely out of drought, as 23% of it still remains in severe condition, but rain is still falling and it seems the weather will stay like that for the next 14 days. Officials say this was one of the more dramatic transitions from dry to wet season.

Wave after wave of heavy rainfall was hitting southeastern Florida for the past 7 to 8 days, as leftovers of deadly Tropical Storm "Beatriz" interacted with a storm dropping out of the Southern Plains, causing a drastic moisture increase in the atmosphere over South Florida.

According to data provided by NASA/JAXA Global Precipitation Mission (GPM), southeastern Florida received over 482 mm (19 inches) between June 1 and 7. Record rainfall has been reported in Fort Lauderdale and West Palm, leading to flooding and flight cancellations. As of 12:00 local time Wednesday, June 7, 2017, Fort Lauderdale-Hollywood International Airport had 237 delays and 23 cancellations, while Miami International Airport had 47 delays and 26 cancellations.

Heavy flooding was reported throughout Broward, including the parking lot of the Sawgrass Mills mall, which had to close Wednesday due to the flooding. Zoo Miami was also closed Wednesday afternoon, though guests who were already in the park were allowed to stay until closing time. In Davie, heavy flooding was reported on some streets, including in the area of Southwest 130th Avenue and 7th Court.

According to data provided by the U.S. Drought Monitor for the state of Florida, a total of 15.01% of the state was in extreme drought condition on May 30, 2017, while 38.23 and 71.66% was in severe and moderate condition, respectively. 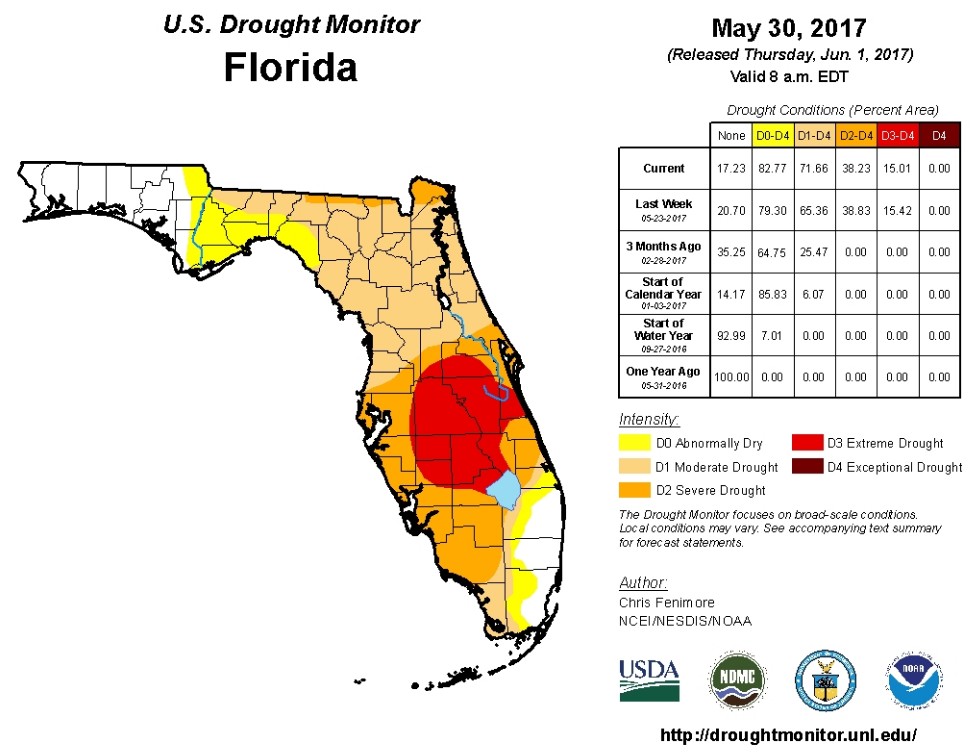 Data for June 6 show a drastically different picture. There is now 0% of the state in extreme drought condition, while 23.22 and 53.70% remain in severe and moderate condition, respectively. 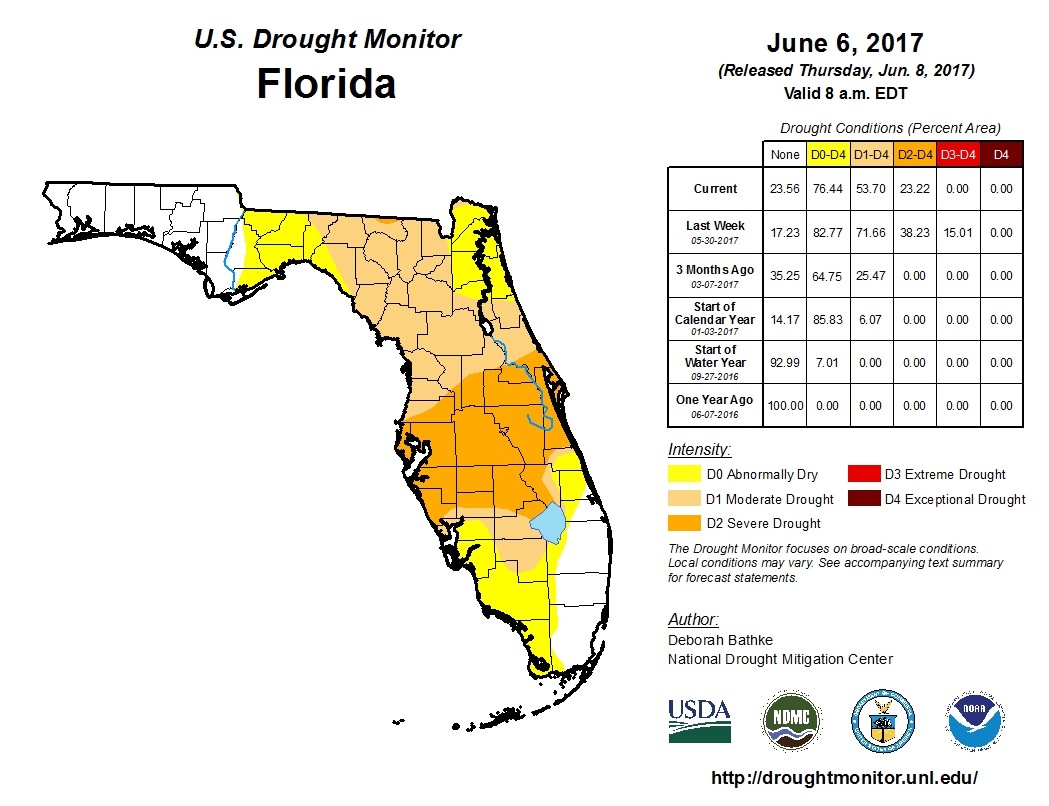 It is important to note that the latest available Drought Monitor data still do not include all the days in which the state saw considerable rainfall. Plus, the rains are still falling across the state, and the 14-day forecast calls for conditions to stay like that. 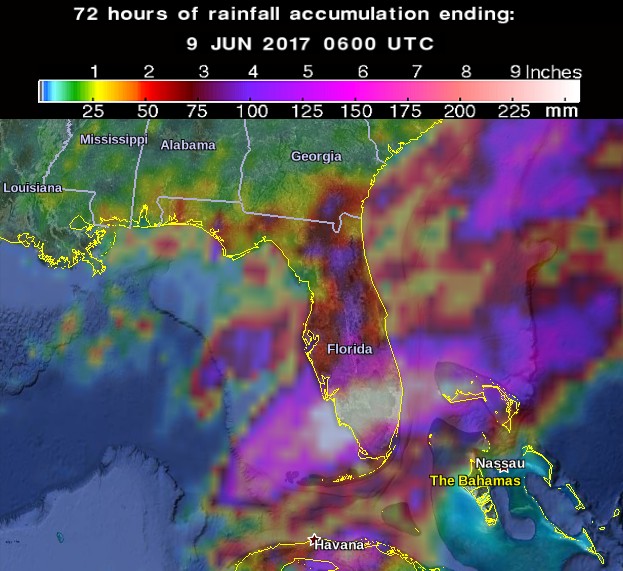 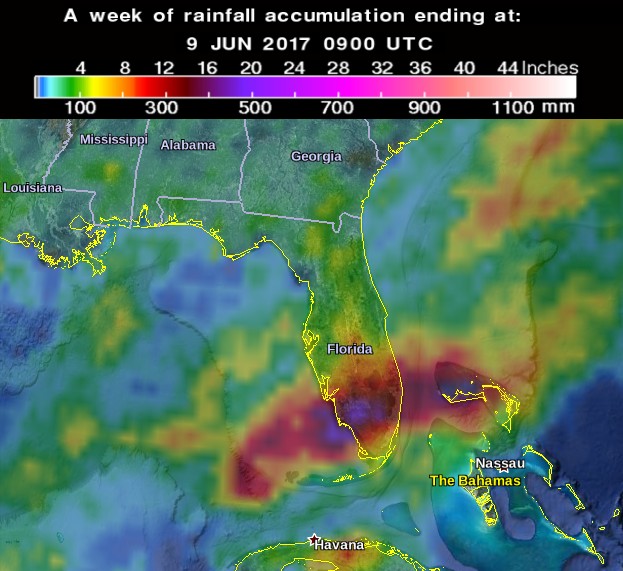