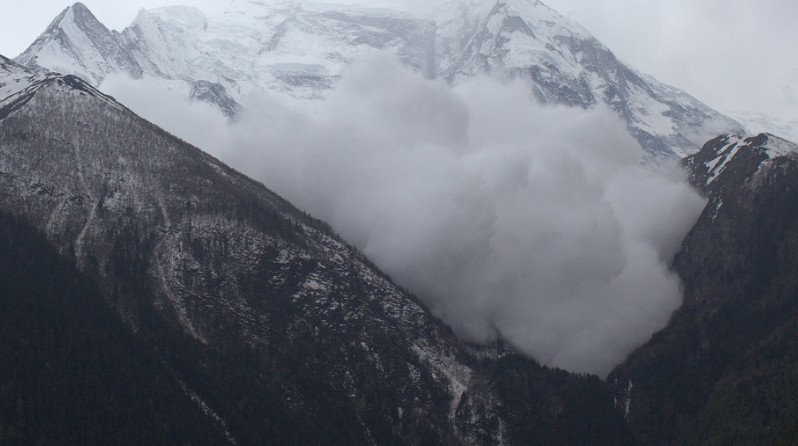 Following days of heavy snow in one of the most severe winters the state has seen in recent decades, a series of avalanches have killed at least 22 people in Indian-administered Kashmir, including 15 soldiers. State authorities have issued a high danger avalanche warning for the hilly areas of Kashmir valley.

On January 24, 2017, an army major died when an avalanche struck two shelters in his camp at Sonmarg in central Kashmir's Ganderbal district.

On January 25, two avalanches hit army personnel in Gurez sector trapping 7 soldiers under the debris and killing 14. Around 3 m (10 feet) of snow reportedly overtook the area.

On the same day, an avalanche hit a house in nearby Badugam village, killing 4 members of a family. On man (60) was buried under snow after a snowstorm hit Lachipora village in Uri.

Early Saturday reports say the death toll has risen to 24.

Kashmir is experiencing one of the most severe winters in recent decades, with heavy snow across the territory and temperatures dropping to -7 °C (19.4 °F), according to the Times of India.

State authorities have issued a high danger avalanche warning for the hilly areas of Kashmir valley. People are advised to clear the snow from the rooftops of houses and bunkers to avoid damage. A high alert has been issued for the avalanche-prone slopes in Kupwara, Bandipora, Anantnag, Baramulla, Ganderbal, Kulgam, Budgam, Poonch, Rajouri, Ramban, Riasi, Doda, Kishtwar and Kargil.

Almost every winter, dozens of soldiers along the Line of Control are killed by avalanches, In 2012, a massive avalanche in the Pakistan-controlled side of Kashmir killed 140 people, including 129 soldiers.