Tropical Depression 01W, named Auring by PAGASA, has reformed along the coast of southern Vietnam and is dropping heavy rain. The system will make landfall after 06:00 UTC on January 16, 2017, cross the southern Vietnam into the Gulf of Thailand and dissipate.

The first tropical depression of 2017 NW Pacific typhoon season – TD 01W (Auring) – formed near Mindanao, Philippines on January 7, 2017, and hit the country on the following day. It crossed the Philippines into the South China Sea and started falling apart within just 24 hours. 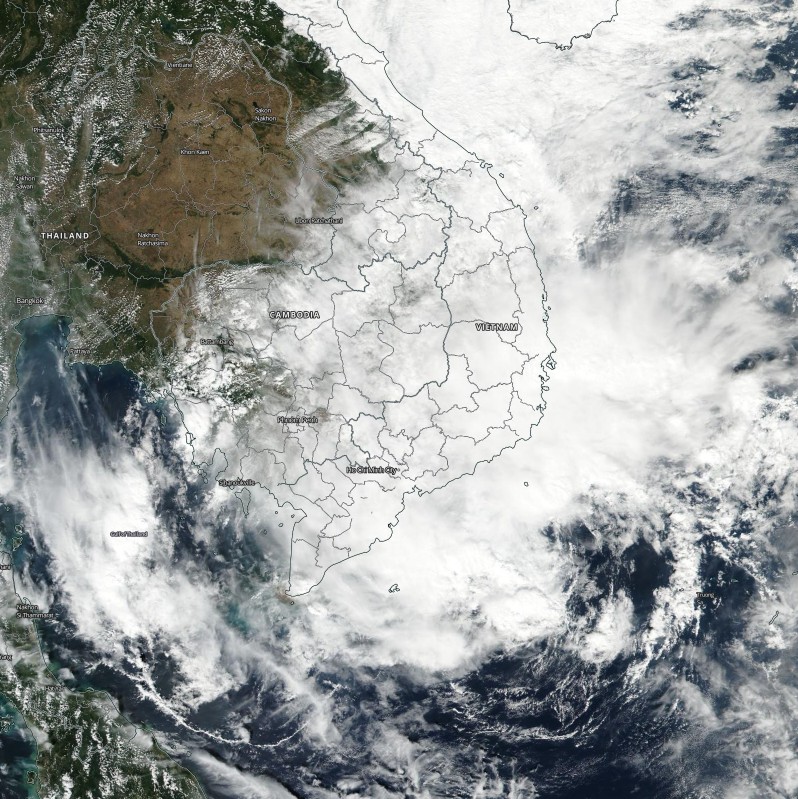 The system is expected to make landfall over the southern tip of Vietnam after 06:00 UTC on January 16, move across the southern Vietnam and into the Gulf of Thailand, where it will finally dissipate. 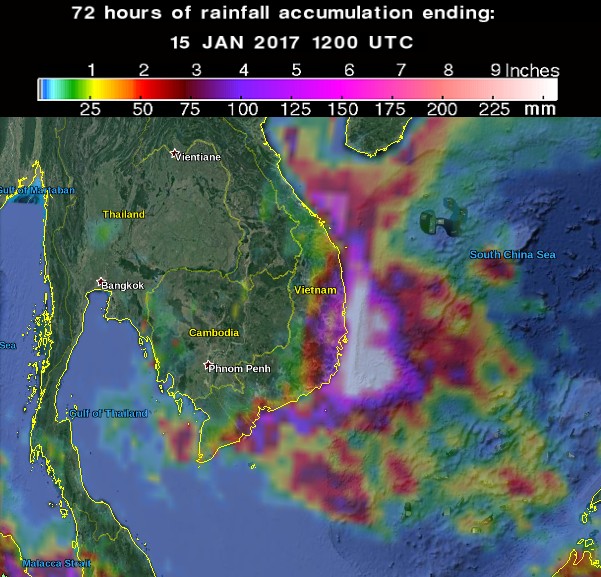 According to the Vietnam's National Center for Hydro-meteorological Forecasting, Auring will cause rough seas along the coastline from the central city of Da Nang to the Mekong Delta province of Ca Mau, with winds blowing between 39 and 61 km/h (24 – 38 mph).

Under the combined effects of the low pressure area and a cold front, unseasonal rain will dampen localities in the south-central and southern regions, including Ho Chi Minh City, from January 14 to 16.