An impressive quick clay landslide occurred in St-Luc-de-Vincennes, Quebec, Canada on November 10, 2016. Several homes were evacuated, although, luckily, no injuries were reported.

A massive portion of land fell into a stream that flows into the St. Lawrence River. According to media reports, the affected region is about 200 m (656.2 feet) wide. Several homes along the St-Joseph Row were evacuated. 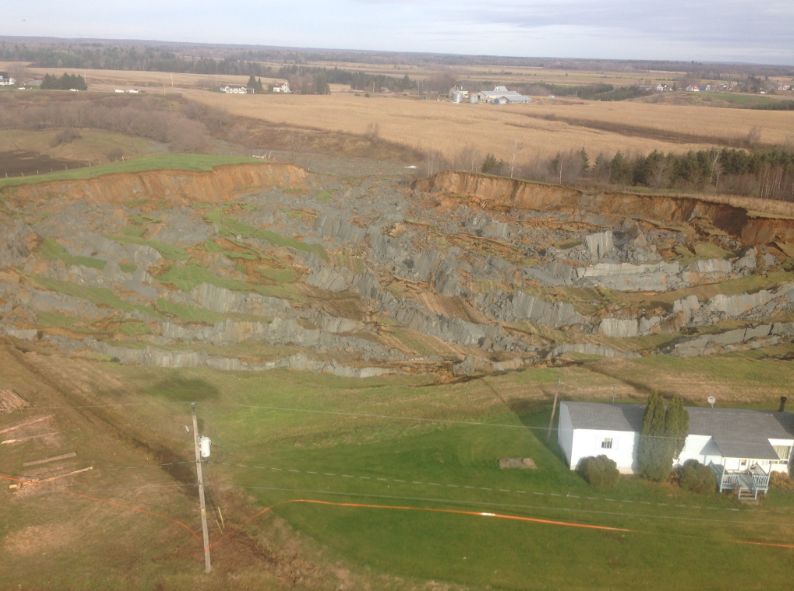 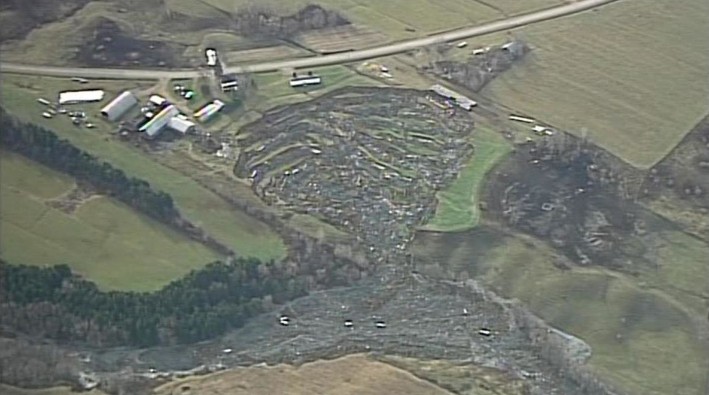 According to Dave Petley of The Landslide Blog (AGU), the landslide shape, of a narrow outlet and large bowl, along with the high mobility of the wet, muddy debris, indicates it was likely a case of classic quick clay landslide. No instability signs in the field have been detected at the site in 2013, according to images taken by Google Earth. 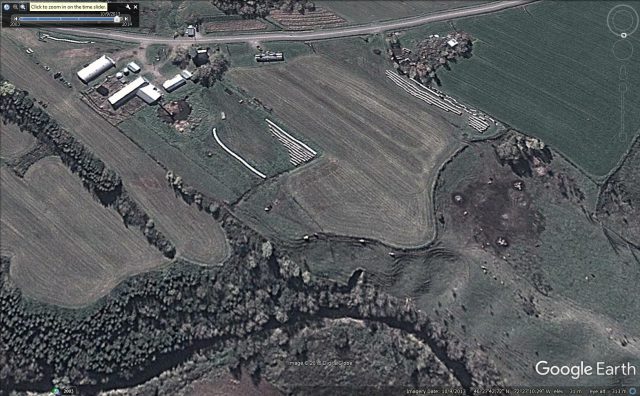 However, the expert noticed an active landslide is present at the toe of the failure, where the debris has entered the stream. This suggests the landslide has retrogressed and then triggered the runaway quick clay landslide.