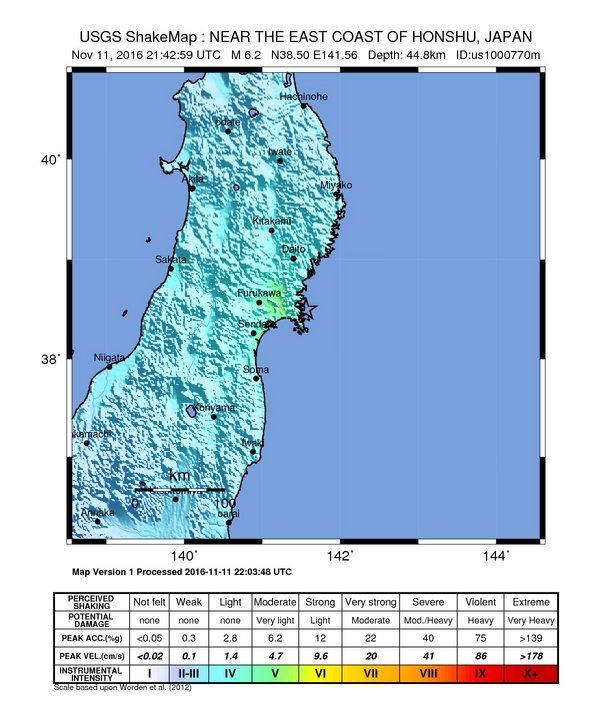 Large earthquakes in the vicinity of Japan and Taiwan have been both destructive and deadly. The regions high population density makes shallow earthquakes especially dangerous. Since 1900 there have been 13 earthquakes (9 in Japan, 4 in Taiwan) that have each caused over 1000 fatalities, leading to a total of nearly 200,000 earthquake-related deaths. In January 1995 an earthquake that ruptured a southern branch of the Japan Median Tectonic Line near the city of Kobe (population 1.5 million) killed over 5000 people. The 1923 Kanto earthquake shook both Yokohama (population 500,000, at that time) and Tokyo (population 2.1 million), killing 142,000 people. The earthquake also started fires that burned down 90% of the buildings in Yokohama and 40% of the buildings in Tokyo. Most recently, the M9.0 Tohoku earthquake, which ruptured a 400 km stretch of the subduction zone plate boundary east of Honshu, and the tsunami it generated caused over 20,000 fatalities. (USGS) More information on regional seismicity and tectonics