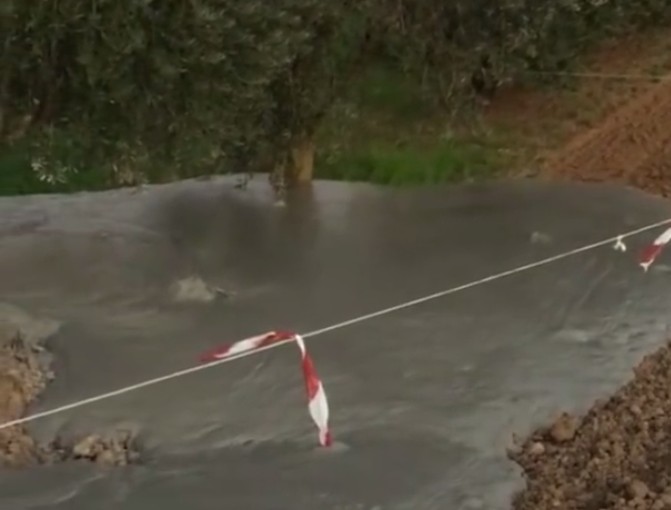 A new mud volcano has formed this week in a field in Italian municipality of Santa Vittoria in Matenano, following a recent increase in seismic activity. The volcano is located about 30 km (18.4 miles) east of the M6.5 earthquake of October 30, in the Province of Fermo, Marche region.

There are six active mud volcanoes in the neighboring municipality of Monteleone di Fermo, located along the river Ete. Since the latest increase in seismic activity, all of them were reported to erupt clay, while another one was formed suddenly and with no prior warning, earlier in the week. 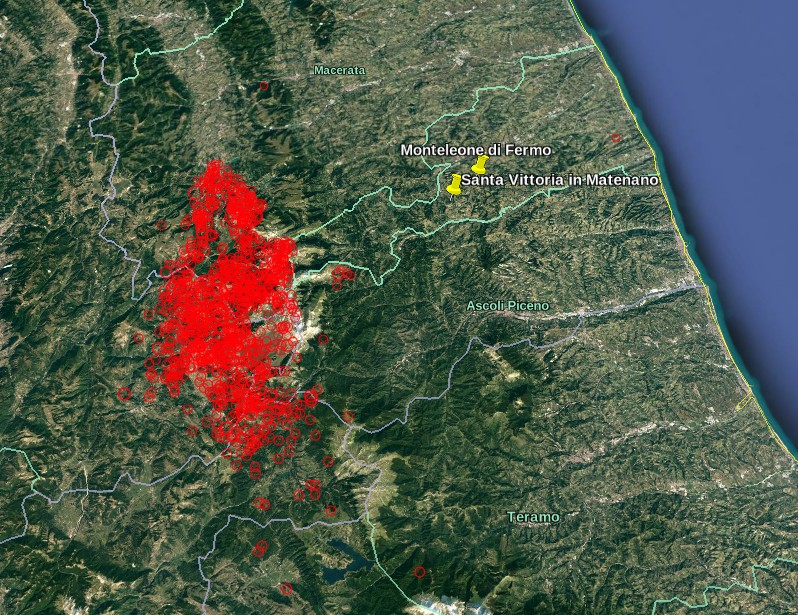 Markers show the locations of mud volcanoes in relation to the recent increase in earthquake activity. Earthquake data by EMSC, map by Google Earth.

The most representative of the volcanoes, named Vulcanello, is positioned in the middle of the field as a well-covered mound of native vegetation. According to Marco Fabiani, the mayor of Monteleone, the phenomenon is of 'sedimentary volcanism' origin.

Generally, the mud volcanoes likely represent an event of minor post-volcanic processes in the area where volcanism has been extinct for 30 million years. Their appearance is related to pressurized gas lift related to deposits of hydrocarbon and oil, or to the location in subduction zones.

In Italy, the phenomenon is connected to underground deposits of organic material, natural gas, and hydrocarbon. When such material remains trapped in impermeable clay lenses, the considerable pressure causes fractures or pushes the material through areas of nonconsolidated clay, dragging with it deep layers of silt, fossil water reserves or aquifers.

The volcanoes have been subject to environmental protection, and the phenomenon is a subject of the ongoing study. It is suspected the recent increase in activity and the appearance of the new volcano is related to a recent series of strong earthquakes in central Italy, which have likely affected the geology of the region.

The latest of the strong earthquakes, an M6.5, was recorded on October 30, 2016. The tremor was the strongest reported since 1980.