The Waste Isolation Pilot Plant (WIPP) in Carlsbad, New Mexico was evacuated on November 3 after a rockfall outside of the closed southern section. This is reportedly the fourth collapse this year and the first since early October.

According to a press release from the U.S. Department of Energy (DOE), workers in the area of Panel 7 heard a loud noise and observed salt dust indicating a possible rock fall about 14:20 local time. When the indications of the fall were reported, a mandatory evacuation was ordered for the entire facility.

Officials say there were no injuries and no release of radiological contamination.

The site accepts waste from nuclear facilities around the U.S., including Los Alamos National Lab in New Mexico, Hanford site in Washington and Savannah River Site, but has ben closed for operations since 2014 after a nuclear materials release and a salt truck fire caused safety concerns. 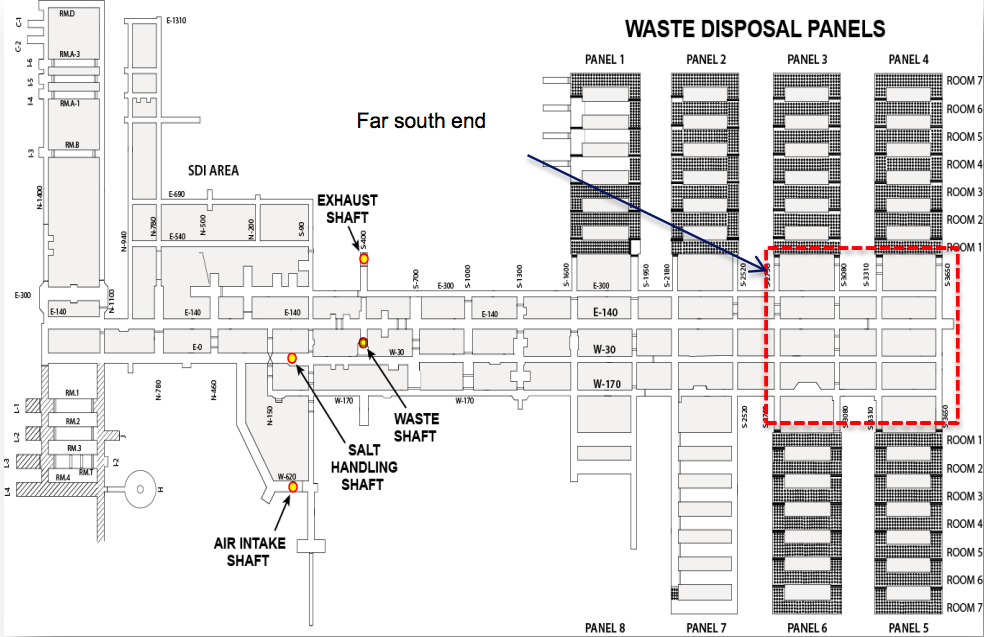 The affected section contained both the previous nuclear material release and the three other collapses, the Aiken Standard reports.

According to officials and previous DOE releases, those events prompted the closure of the far southern section.

Officials then said the closure would not impact storage volume for future shipments but have not made it clear whether the Panel 7 collapse will impact the waste disposal volume of the facility.

The site is scheduled to reopen by the end of 2016 and begin accepting waste shipments after July 31, 2017.

DOE officials said they are committed to opening the facility safely and on time.