Severe Tropical Storm "Sarika", known as Karen in the Philippines, is currently heading directly for Luzon, Philippines. The system will make landfall over northern Luzon and Aurora on the afternoon of October 16 (local time). Residents are advised to prepare, remain on alert and closely follow further development, as the storm is developing with a fast pace and may catch everyone off guard. People of Metro Manila, mountainous regions and other flood-prone areas, should be ready to relocate by tomorrow.

Karen intensified from a tropical depression over the last 24 hours and is expected to become a typhoon by October 15, as it approaches the island.

The system is expected to make landfall over northern Quezon and Aurora on the afternoon of October 16 (local time). According to Benison Estareja, a PAGASA weather forecaster, the entire Luzon and Visayas will experience rainfall, in particular, the areas of Bicol, Quezon, and Aurora, by October 15, as the typhoon progresses toward the island.

According to experts from Westpacwx, residents of southern and central Luzon should expect typhoon conditions, heavy rainfall, and strong winds over the weekend, as the system approaches the land. Areas from Caramoran to the northeast will be exposed to intense winds capable of inducing serious damage. Some regions are likely to experience between 300 and 400 mm (11.8 and 15.7 inches) of rainfall, especially the mountainous region east of Manila. The area will be threatened by the flooding and landslides.

Estimated amount of rainfall is from moderate to heavy within the 400 km (250 miles) diameter of the Tropical Storm, according to PAGASA. Tropical Cyclone Warning Signal #1 will possibly be raised over Aurora and the rest of Quezon. Fishermen and seafarers with small seacrafts are advised not to venture out over the eastern seaboard of Central and Southern Luzon and over the northern and eastern seaboards of Eastern Visayas.

According to the current forecast track, Manilla will likely remain south of the storm, and out of the worst of the weather. However, strong winds and rainfall can still cause traffic jams and other weather-related issues.

Residents are advised to prepare accordingly. People living in Metro Manila, mountainous regions and other flood-prone areas, should be ready to relocate by tomorrow. The storm is rapidly developing and could catch people off their guard, so everyone should stay on alert and closely follow further development. 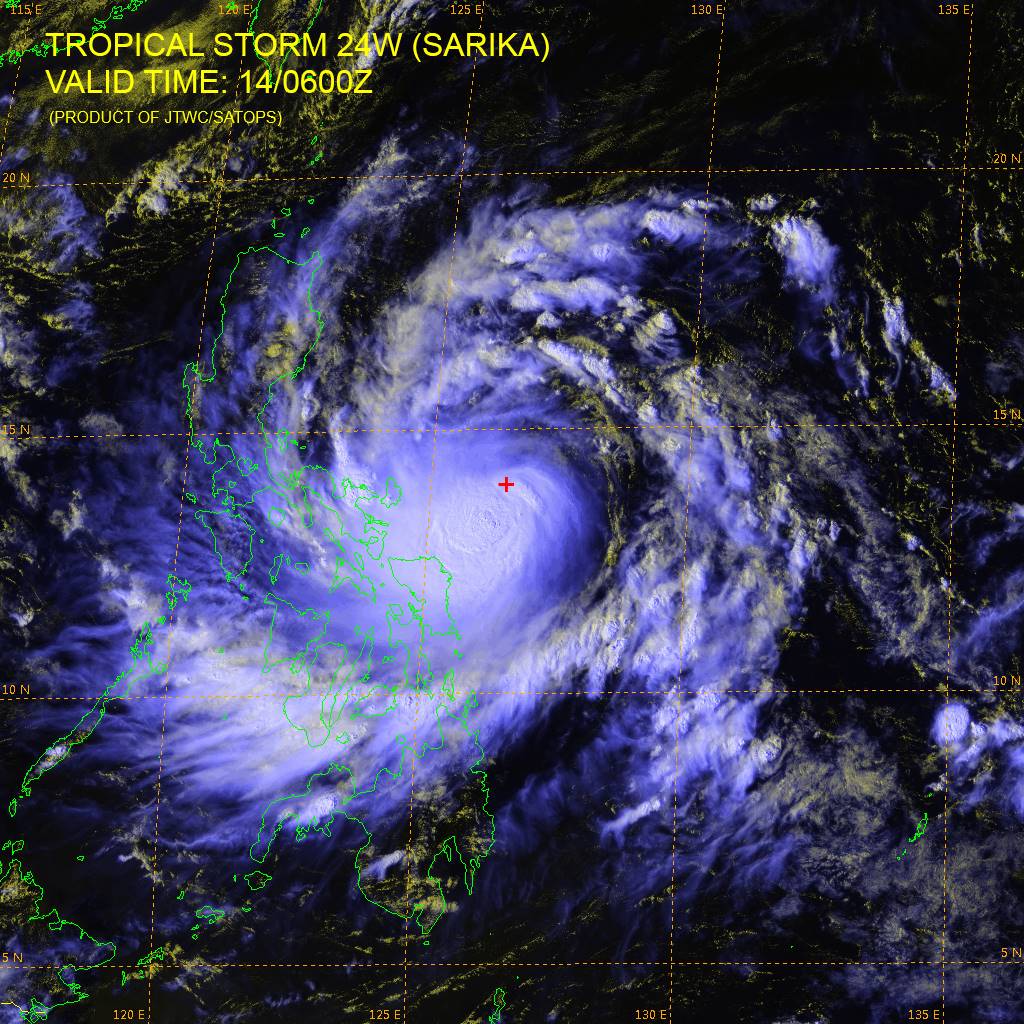 Typhoon "Sarika" is making landfall in the Visayas, the central region of the Philippines on October 15, 2016 with maximum sustained winds near 166 km/h (103 mph).

At 09:00 UTC, the system was located about 311 km (193 miles) east of Manila, and tracking west-northwest at 12.9 km/h (8 mph), according to the Joint Typhoon Warning Center (JTWC). Sarika is expected to cross over Luzon, the northern Philippines during the day, and continue moving into the South China Sea. 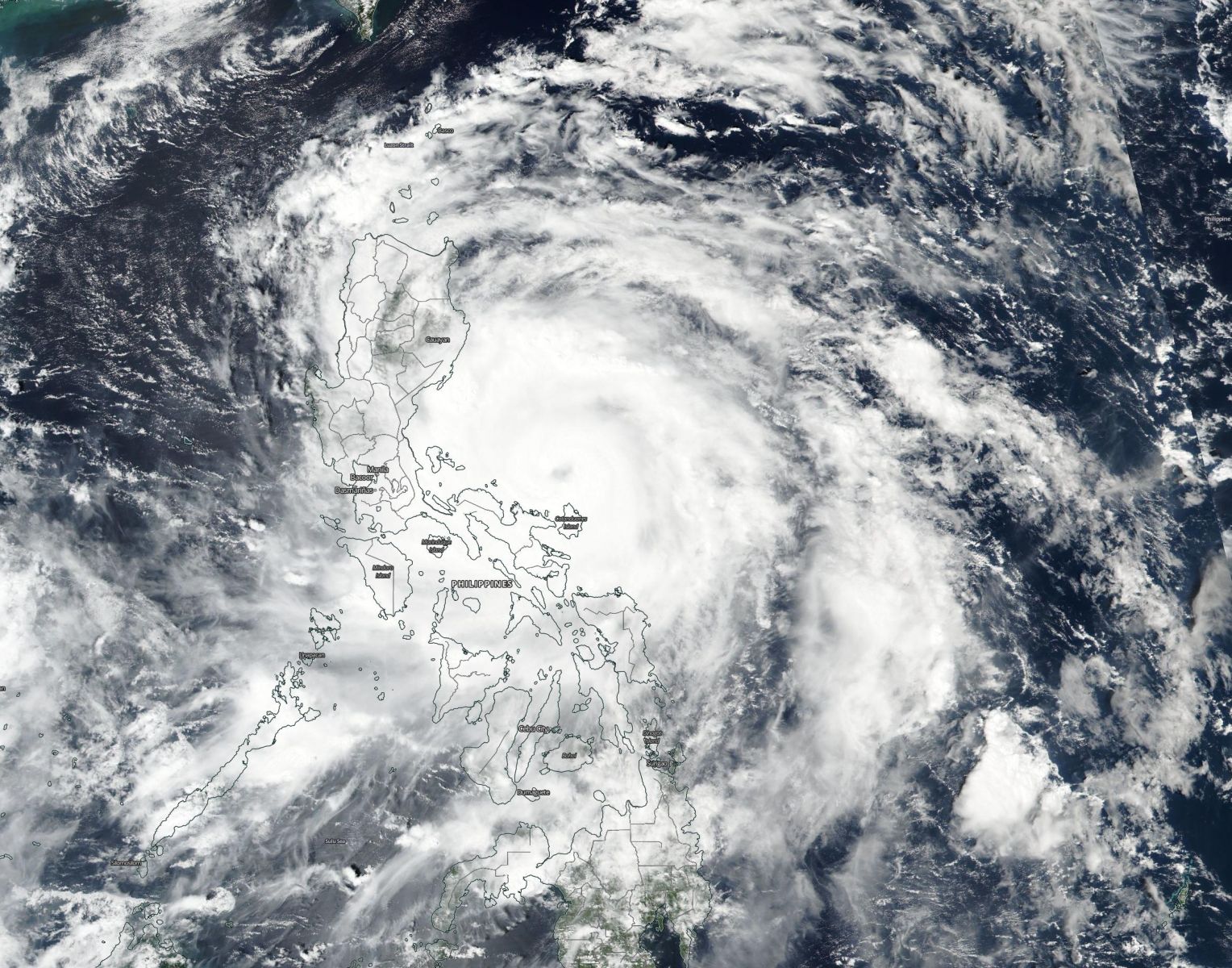 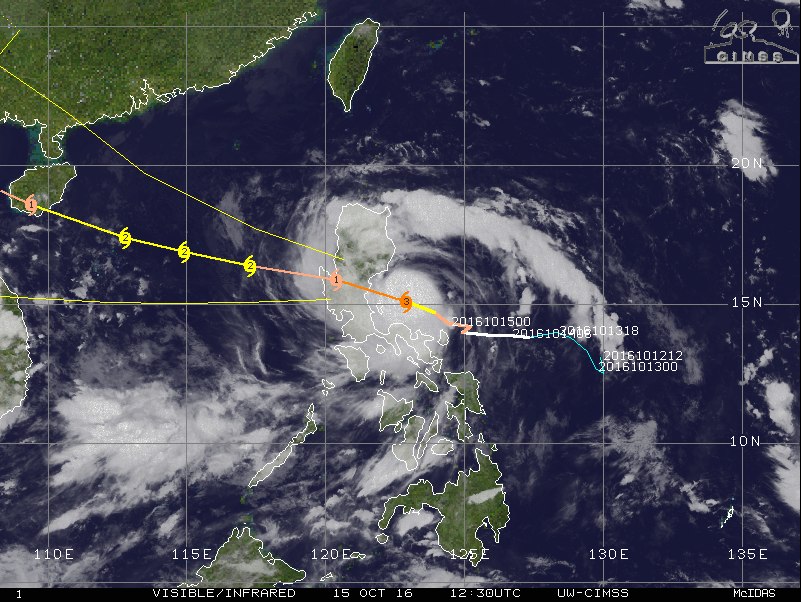 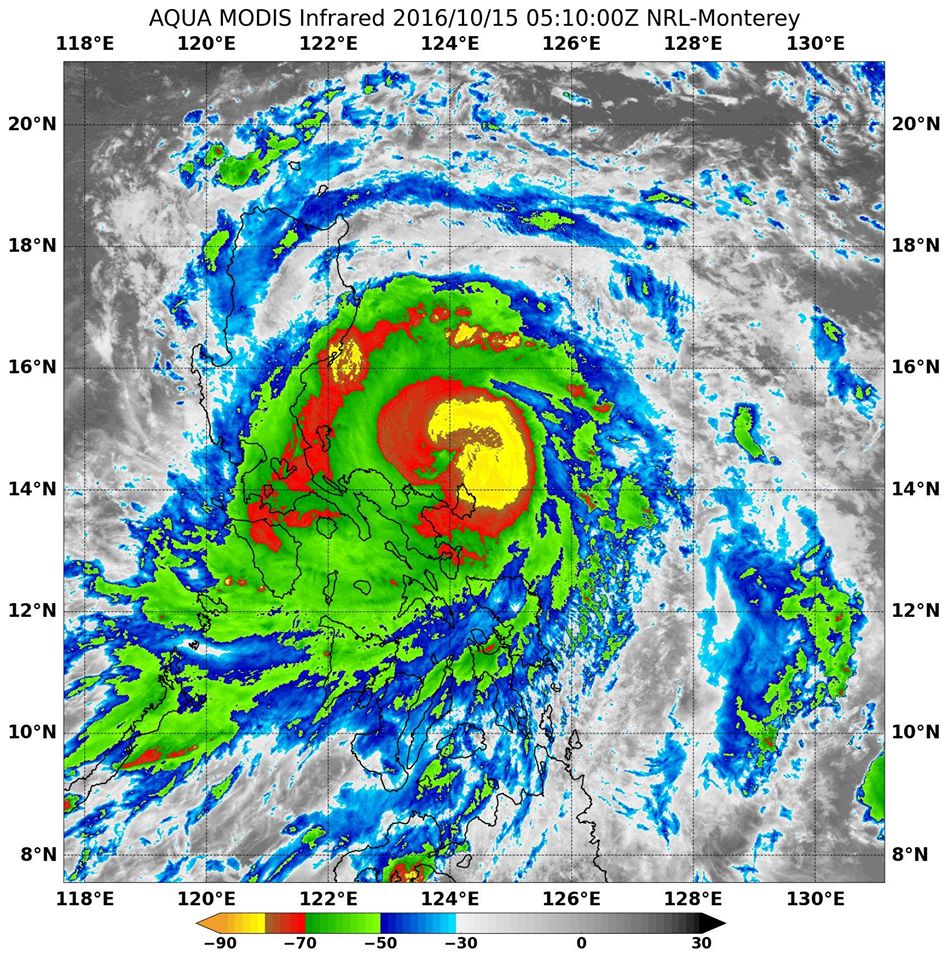 According to meteorologists from Westpacwx, the storm is expected to lash most of central and south Luzon with heavy rainfall and damaging winds. Landslides are also possible in higher elevations.

The system will travel west-northwest, and become more northwesterly in the midst of its track, which will take it extremely close to northern Luzon.

At the time it is expected to develop into a Category 4 hurricane, and residents of western Micronesia and the Philippines are advised to monitor the storm closely.