​Category 4 Hurricane "Matthew" is expected to approach southwestern Haiti and Jamaica during the UTC afternoon of Monday, October 3, 2016.

Matthew is bringing extremely heavy rain, very powerful winds and a combination of dangerous storm surge and high waves first to Jamaica, Haiti and Cuba and then to the Bahamas during the early UTC hours of Wednesday, October 5.

Preparations to protect life and property should be rushed to completion.

The current NHC forecast track (09:00 UTC, October 2) takes Matthew's eye right over or just west of the western tip of Haiti around 06:00 UTC on Tuesday, October 4. A direct hit to eastern Cuba is expected a couple of hours later.

Matthew is expected to produce total rain accumulations of 381 to 635 mm (15 to 25 inches) over southern Haiti, with possible isolated maximum amounts of 1 016 mm (40 inches).

254 to 508 mm (10 to 20 inches) are expected over eastern Jamaica, the Dominican Republic and eastern Cuba, with possible isolated maximum amounts of 635 mm (25 inches).

This rainfall will produce life-threatening flash floods and mudslides.

Matthew is moving slowly to the NW at 7 km/h (5 mph) and this motion is expected to continue until it turns north, toward Jamaica, Haiti and Cuba in the hours ahead.

Matthew is now a Category 4 hurricane on the Saffir-Simpson Hurricane Wind Scale with maximum sustained winds of 240 km/h (150 mph) and gusts up to 296 km/h (184 mph).

Some fluctuations in intensity are possible during the next couple of days, but Matthew is expected to remain a powerful hurricane.

Its minimum estimated central pressure is 940 hPa, according to the NHC.

Preparations to protect life and property should be rushed to completion as first effects will be felt within a couple of hours in Jamaica and Haiti, followed by eastern Cuba by Monday, October 3. 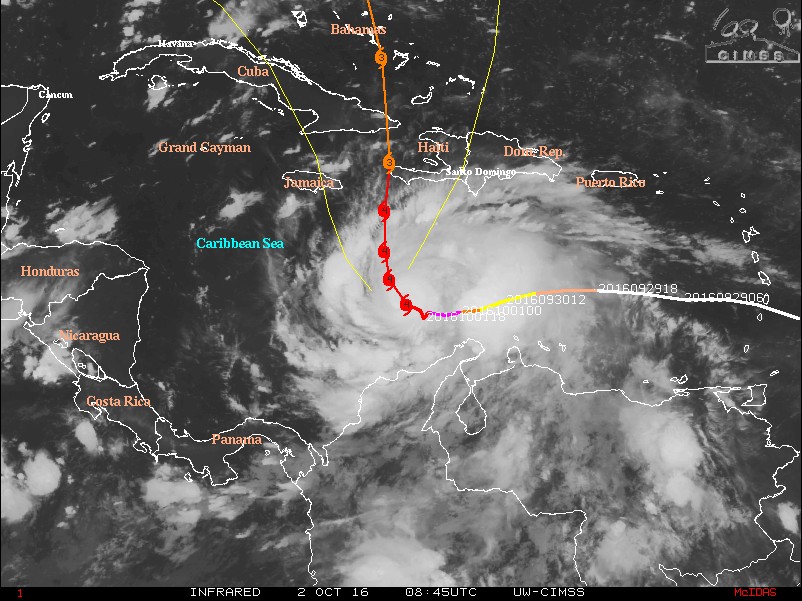 Total rain accumulations of 254 to 508 mm (10 to 20 inches) are expected over eastern Jamaica, the Dominican Republic and eastern Cuba, with possible isolated maximum amounts of 635 mm (25 inches).

This rainfall will produce life-threatening flash floods and mudslides.

Matthew is expected to produce additional rain accumulations of 25.4 to 50.8 mm (1 to 2 inches) over Aruba, Curacao, and Bonaire through today.

Total rain accumulations of 50.8 to 101.6 mm (2 to 4 inches) are expected over northern Colombia, northwest Venezuela, and western Jamaica, with possible isolated maximum amounts of 152.4 mm (6 inches). 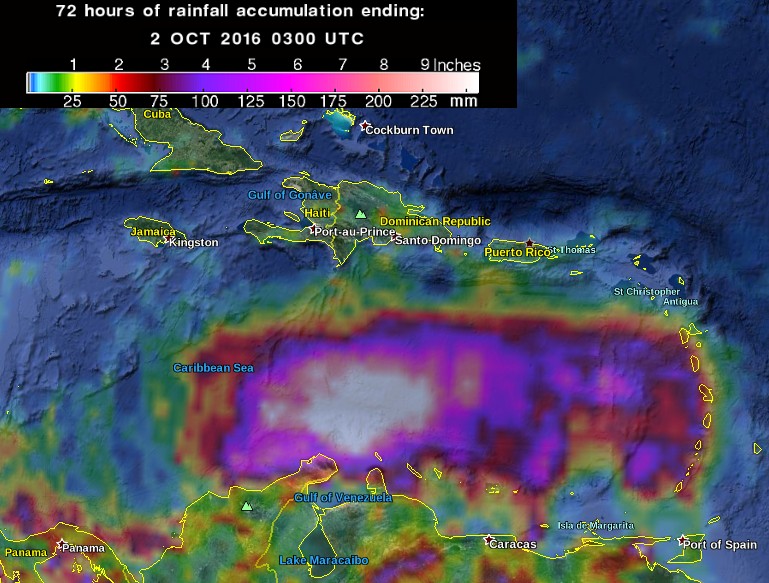 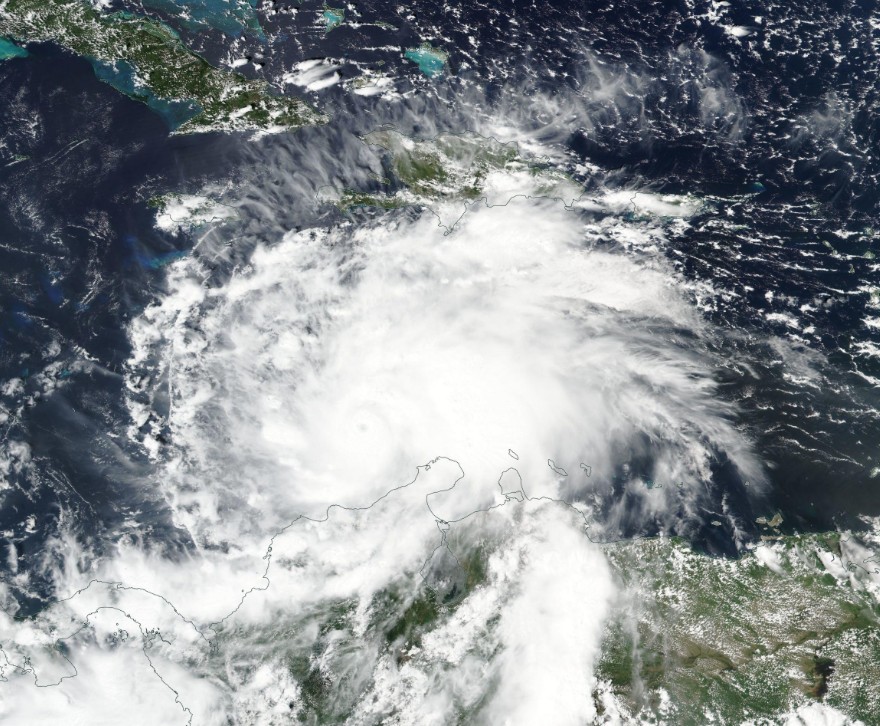 The combination of a dangerous storm surge and large and destructive waves could raise water levels by as much as the following amounts above normal tide levels:

Large waves generated by Matthew will cause water rises to occur well in advance of and well away from the track of the center.

Swells generated by Matthew will continue to affect portions of the coasts of Puerto Rico, Hispaniola, Jamaica, Aruba, Bonaire, Curacao, Venezuela, Colombia, eastern Cuba, and the Caribbean coastline of Central America during the next few days.