What meteorologists are calling a massive monsoon gyre has produced three named tropical storms in the Northwest Pacific Ocean on August 19, 2016, and all three of them are simultaneously threatening Japan. The Japan Meteorological Agency (JMA) named them Mindulle, Lionrock, and Kompasu.

According to the American Meteorological Society (AMS), a monsoon gyre is a convection of the summer monsoon circulation of the western North Pacific characterized by 1) a very large nearly circular low-level cyclonic vortex (not the result of the expanding wind field of a preexisting monsoon depression or tropical cyclone) that has an outermost closed isobar with a diameter on the order of 1 200 nautical miles (2 500 km / 1 380 miles); 2) a cloud band bordering the southern through eastern periphery of the vortex/surface low; and 3) a relatively long (two week) life span.

"Initially, a subsequent regime exists in its core and western and northwestern quadrants with light winds and scattered low cumulus clouds; later, the area within the outer closed isobar may fill with deep convective cloud and become an isobar or tropical cyclone. A series of midget tropical cyclones may emerge from the "head" or leading edge of the peripheral tropical cyclone of a monsoon gyre," the AMS explains. 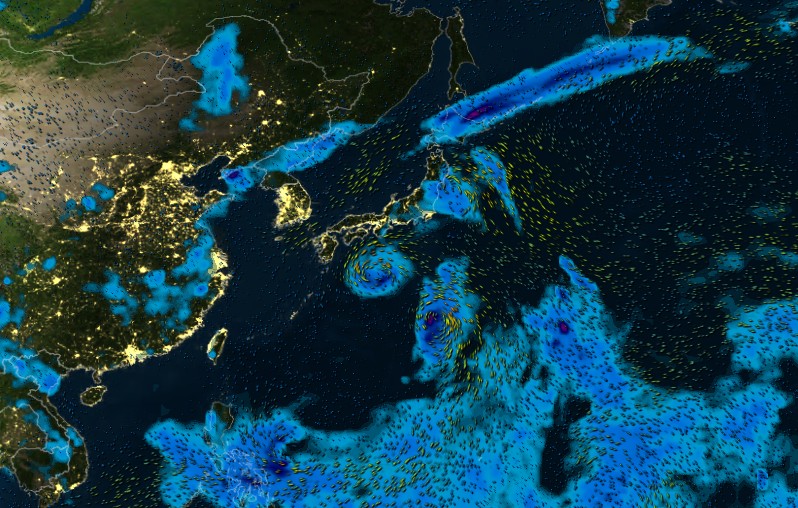 "In one of the more bizarre patterns you will ever see, 3 tropical cyclones are threatening Japan simultaneously," Meteorologist Anthony Sagliani said a couple of hours ago.

Meanwhile in W-Pac, in one of the more bizarre patterns you will ever see, 3 TCs threatening Japan simultaneously. pic.twitter.com/x9Hw2p2G1z

"The tropics right now, especially just south of Japan, are a 'hot mess' right now," Meteorologist Robert Speta said. "This monsoon gyre is one of the most extreme cases I have seen. The models are all over the place."

See his first analysis in the video below:

The system had a maximum wind speed of 74 km/h (46 mph), with gusts to 111 km/h (69 mph). Its minimum estimated central pressure at the time was 992 hPa. Gradual strengthening is expected. 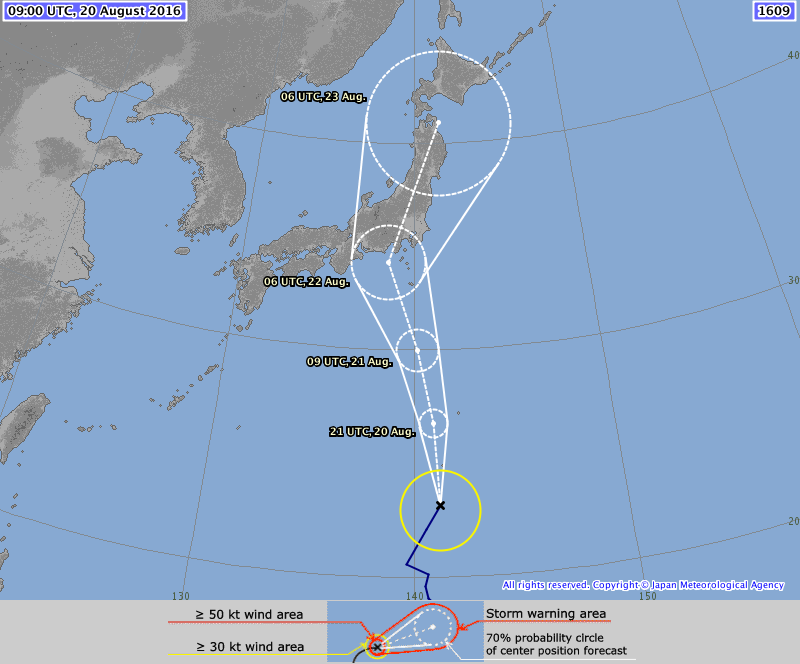 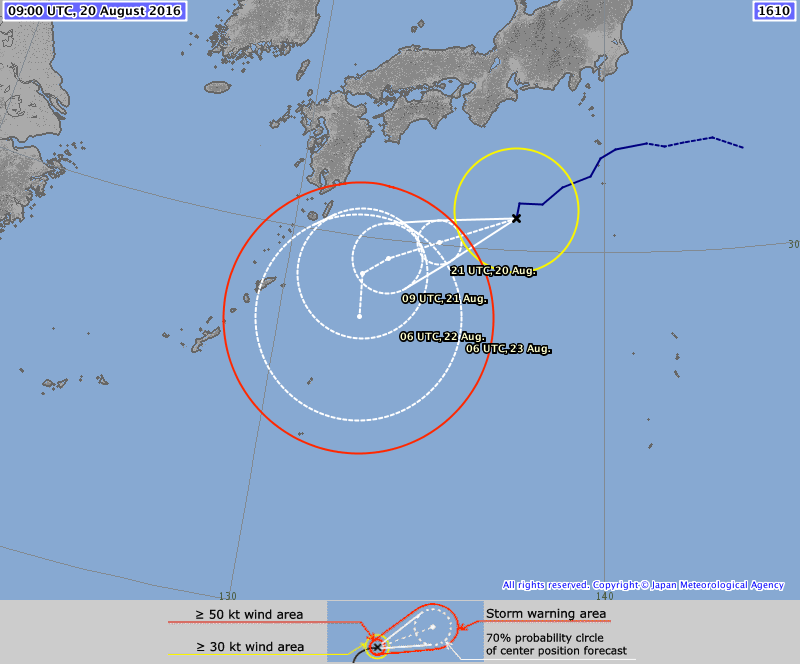 This system is not expected to strengthen over the next 72 hours but it poses an imminent threat to the country. This is a fast moving storm and JMA's current models take it very close to Miyako by 21:00 UTC on August 20. Landfall is expected near Horoizumi, Hokkaido around 09:00 UTC on August 21. 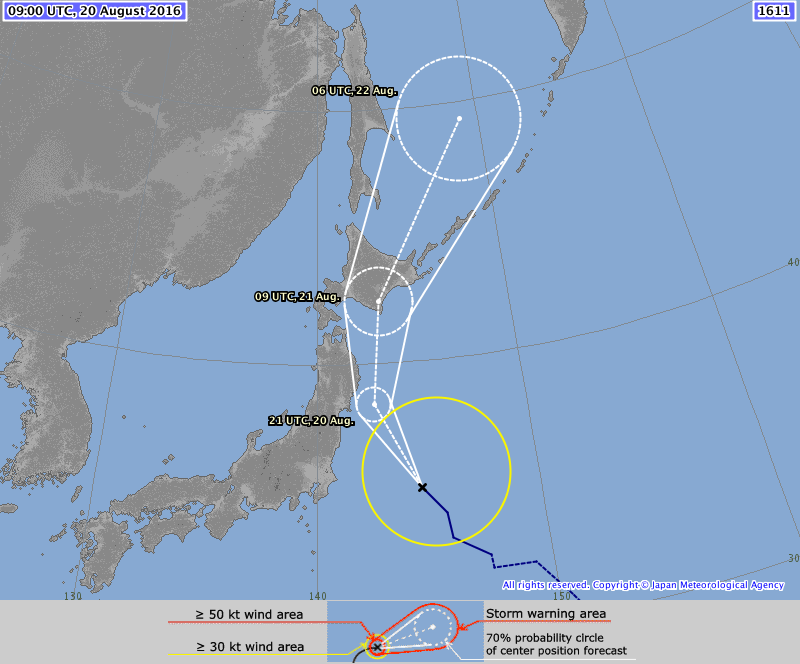 Another low pressure area produced by the gyre has reached the Iwate prefecture at around 10:30 UTC today.

Continued precipitation throughout Japan over the coming days will cause a threat of flooding and landslides.