A shallow earthquake registered by the Japan Meteorological Agency (JMA) as M6.0 hit off the east coast of Honshu, Japan at 09:01 UTC on August 20, 2016. The agency is reporting a depth of 10 km (6.2 miles). USGS is reporting the same magnitude and depth. 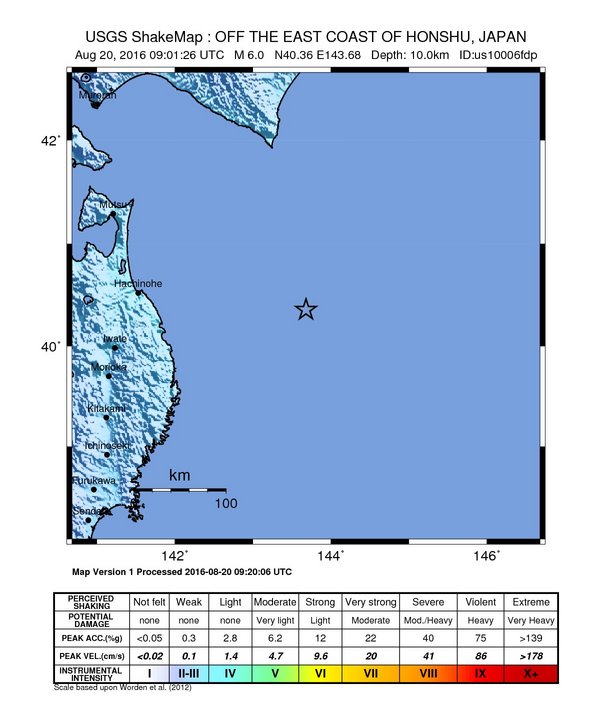 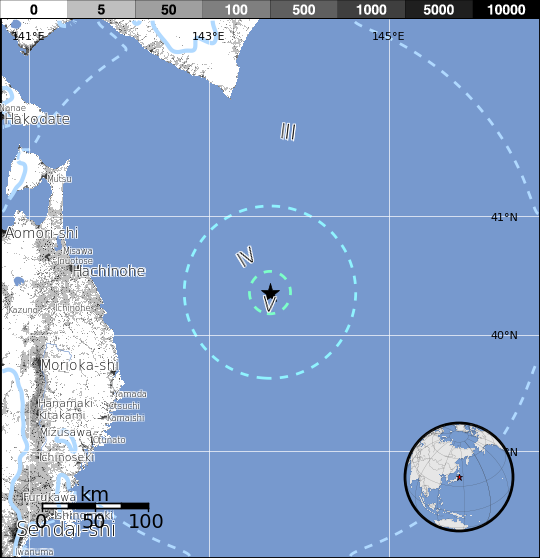 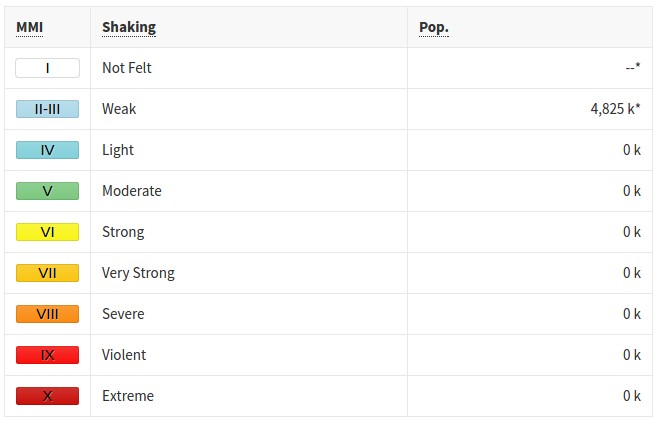 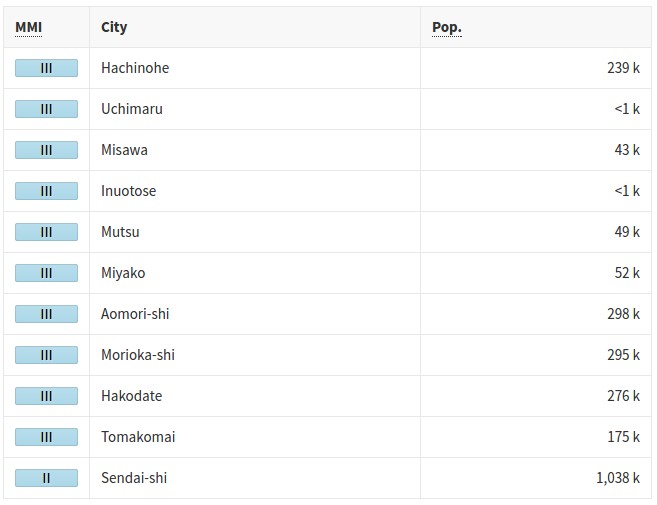