A shallow earthquake registered by the Geoscience Australia as Mwp5.8 hit near the coast of Queensland, Australia at 04:30 UTC on August 18, 2016 (14:30 local time). The agency is reporting a depth of 0 km. USGS registered it as Mb5.7 at a depth of 7.8 km (4.8 miles). This is the strongest quake to hit Queensland in 20 years. It was reportedly felt across Queensland at locations as far apart as Mission Beach, Shoalwater Bay, Charters Towers and Emerald.

Geoscience Australia estimated it could have been felt by people up to 375 km (233 miles) away. Damage is possible up to 30 km (18.6 miles) away, the agency said.

"We know it's been felt all the way from the Sunshine Coast up to north of Townsville," he said. "We've had almost 1 000 reports come into our earthquake alert center here in Canberra of people having felt the earthquake."

By 07:00 UTC (17:00 local time), there had been six aftershocks recorded in the same area as the initial quake, the highest of them magnitude-4.

Queensland Police has not had any reports of major damage. However, minor cracking has occurred at some properties.

“On average, we get one or two earthquakes over magnitude 5 each year. We had a magnitude 6 in central Australia earlier this year, but this is the biggest in Queensland in 20 years. It’s significant,” GA seismologist Hugh Glanville said. Glanville added the quake lasted for at least 30 seconds.

"Earthquakes had been particularly active in Queensland over the past two years," Bathgate said. "A magnitude-4.4 quake was detected about 100 km [62 miles] off the coast north-east of Bundaberg early last Sunday morning."

He added there had been three earthquakes of magnitude-5 just off the coast of Fraser Island late last year and also near Eidsvold.

"The largest earthquake that has been experienced in Queensland is actually a magnitude-6 that occurred off the coast of Gladstone in 1918, so that's not too far away from this one," Bathgate said. "Australia generally gets earthquakes as a result of the plate that we're on, moving north at about 7 cm [2.75 inches] every year. That stress builds up within the plate and gets released along lines of weakness like we've seen today."

Airports including Cairns and Mackay evacuated as a precaution and flights were being diverted to other locations. 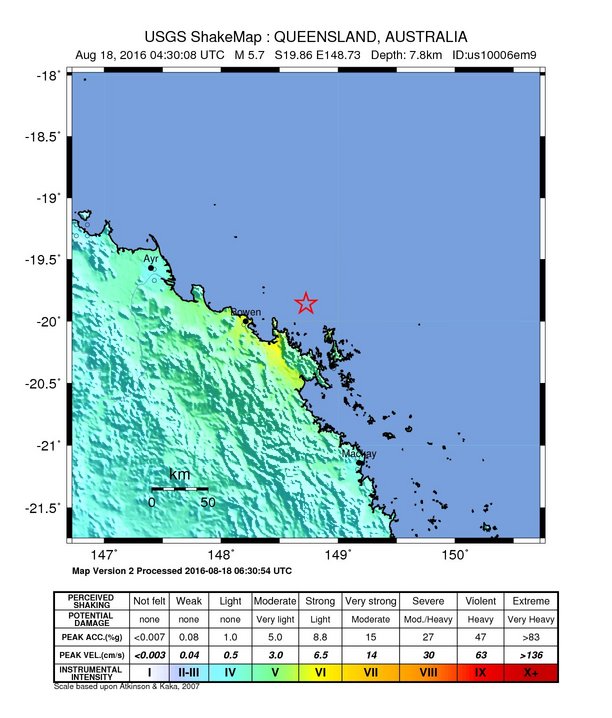 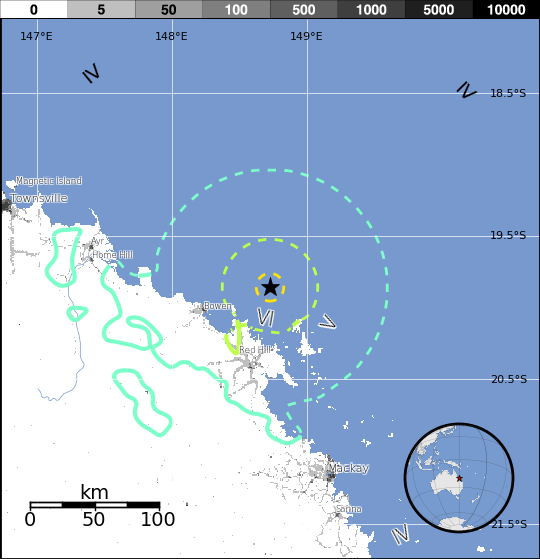 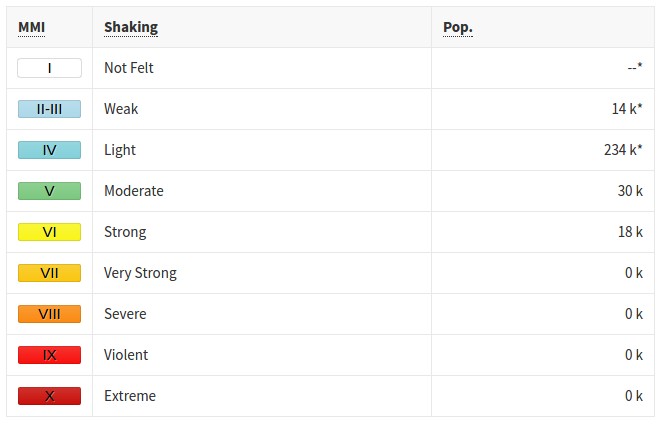