As of August 18, 2016, there are three tropical cyclones with fourth possibly developing in the Northwest Pacific Ocean, the most active basin on the planet. The biggest threat over the next 24 to 48 hours is Tropical Cyclone "Dianmu" which is forecast to hit the coast of northern Vietnam between 09:00 and 15:00 UTC on August 19. Deluges are predicted at river systems in northern and north-central deltas whereas flash floods and landslides are imminent in mountainous regions.

A low-pressure area located about 190 km (120 miles) ESE of Hong Kong got upgraded by the Japan Meteorological Agency (JMA) to a tropical depression on August 15, 2016. On August 17, the Hong Kong Weather Observatory (HKO) upgraded the system into a tropical depression too. JTWC started tracking the system later on the same day, with the designation 11W. Early on August 18, JMA named this system Dianmu.

At 15:00 UTC, Dianmu's center was located approximately 115 km (71 miles) NW of Haikou, China. The system is tracking westward at 29.6 km/h (18.4 mph), JTWC said. Animated enhanced infrared satellite imagery depicts a broad area of deep flaring convection that appears to have accelerated in the last six hours making its way over the Leizhou Peninsula and into the Gulf of Tonkin.

Dianmu will continue to track westward and make a landfall over the northern Vietnam within the next 24 hours. Slight intensification is expected as Dianmu consolidates over the warm waters of the Gulf of Tonkin reaching a peak intensity of 55.5 km/h (34.5 mph) before it makes landfall and dissipates within the next 48 hours.

According to Vietnam's National Center for Hydro-Meteorological Forecasting (NCHMF), Dianmu is forecast to make landfall near Thai Binh province at 09:00 UTC (16:00 local time) on Friday, August 19, with maximum sustained winds ranging from 90 to 120 km/h (56 to 74 mph).

With a large wind field radius at 200 km (124 miles), the cyclone is anticipated to significantly impact northern and north-central regions, the NCHMF said.

Deluges are predicted at river systems in northern and north-central deltas whereas flash floods and landslides are imminent in mountainous regions. 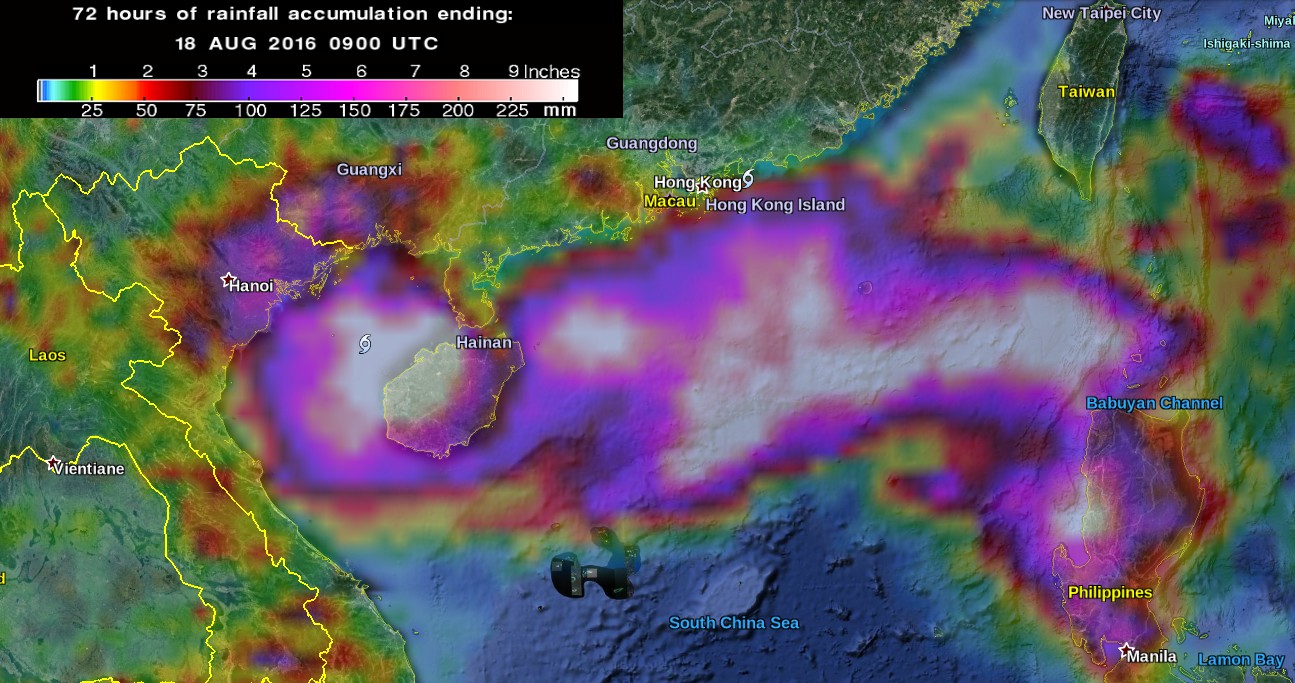 There are two more tropical cyclones elsewhere in the Northwest Pacific Ocean, visible on the IR Himawari image below: 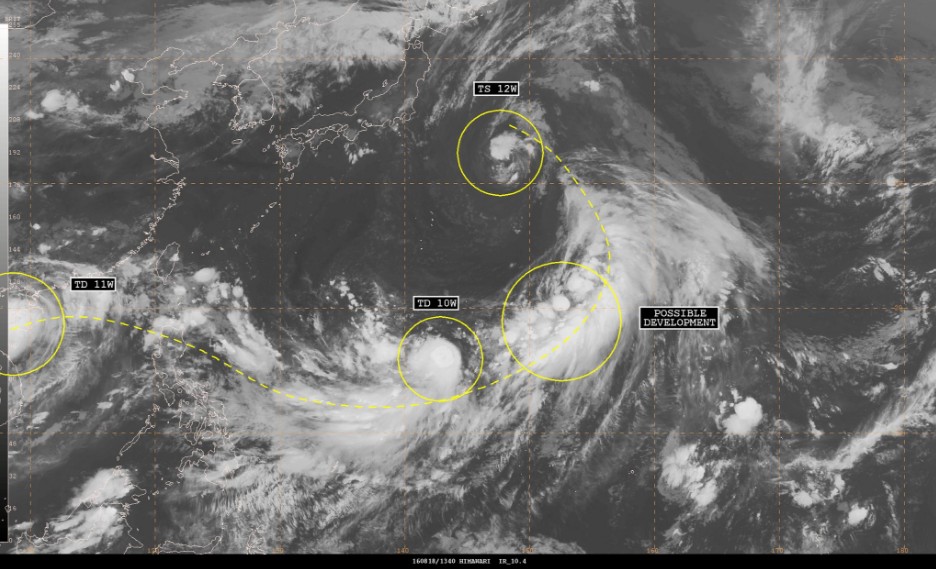 After 15:00 UTC on August 19, the system will start turning WSW and then SW as the dominant steering mechanism transitions to the western subtropical ridge extending from China into western Japan. A modest intensification is expected.

Environmental conditions are slowly improving, and 10W is forecast to intensify over the next 48 hours.