During the afternoon of May 18, 2016, the lava fountaining activity at Etna's Voragine crater passed into a modest Strombolian activity, which continued to feed the lava overflow toward west until the late evening, INGV Osservatorio Etneo reports today.

A second lava flow, which was emitted from an effusive vent located near the lower of the two conelets formed during the subterminal activity of July-August 2014, at the eastern base of the Northeast Crater (NEC), expanded into the northern portion of the Valle del Bove in the direction of Monte Simone. 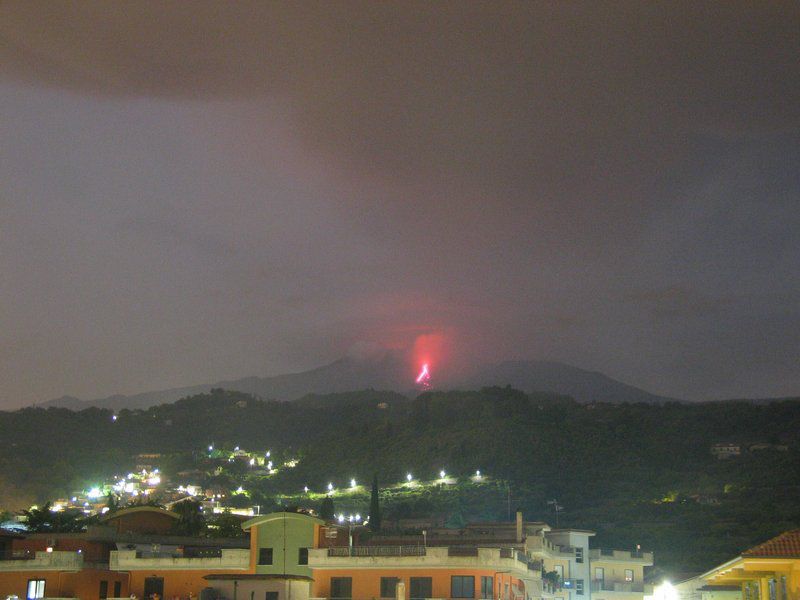 This lava flow remained active until the early morning hours of May 19, 2016, though its most advanced front seemed to be stagnating after midnight. 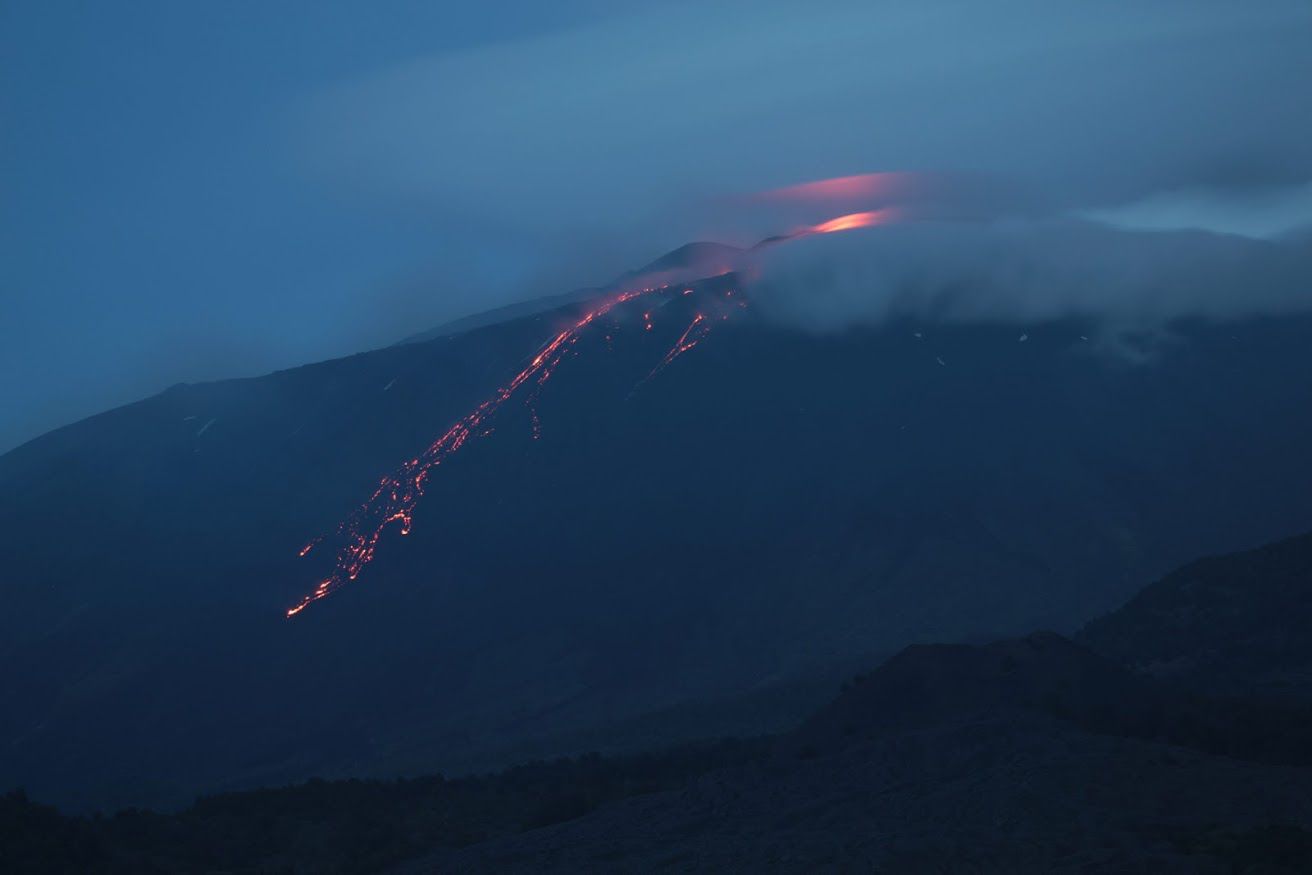 Etna's lava flow from the summit craters descending to the NW on May 18, 2016. View from Monte Ruvolo. Image credit: Emanuela / Volcano Discovery Italia 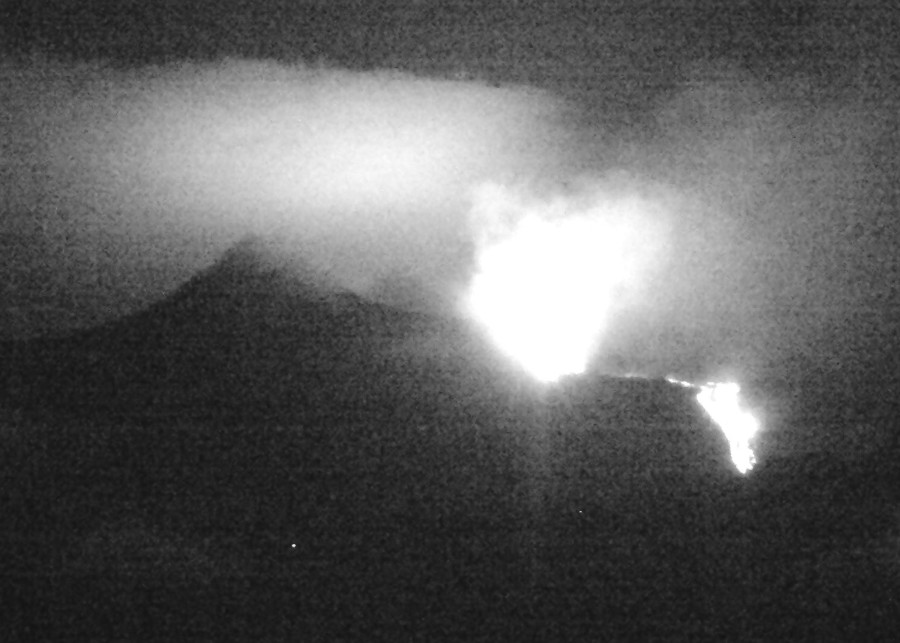 Shortly before midnight, there was a new increase in the volcanic tremor amplitude, and the clinometer installed at Punta Lucia, about 1 km (0.62 miles) northwest of the NEC, recorded renewed inflation of the summit area of the volcano.

In the morning, the volcanic tremor amplitude showed a sharp increase, and contemporaneously loud and virtually continuous bangs were heard in populated areas to the east and south of the volcano.

A dense eruption cloud was blown by the strong wind toward east at an altitude of little more than 1 km above the summit. 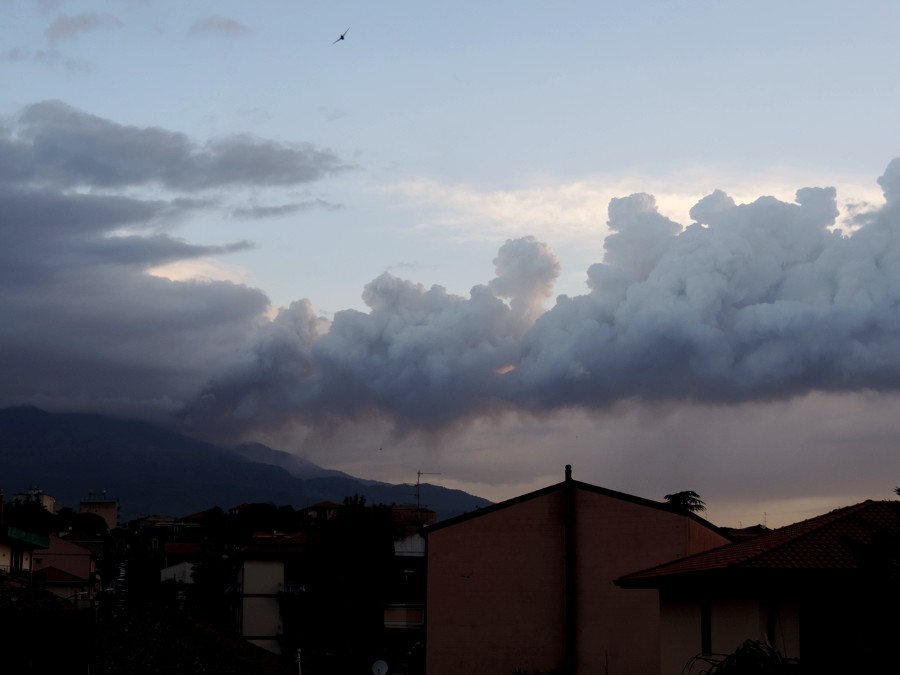 Ash and lapilli fell onto the east flank of the volcano, in a narrow sector immediately adjacent to the north of the area affected by the tephra fall on the previous day.

Observation of the activity was difficult due to rather poor weather conditions. However, instrumental data – mainly the location of the volcanic tremor source and the origin of the infrasonic signals – indicate that a new paroxysmal episode was underway at the VOR. This was confirmed a few hours later when the images transmitted by the thermal monitoring camera EBT (Bronte) revealed a new lava overflow toward west, feeding a lava flow that descended on top of the lava of the previous evening.

Eruptive activity was continuing at 11:00 UTC, though the volcanic tremor amplitude was diminishing. The inclement weather conditions are currently preventing observation of summit activity.