Guatemala's Fuego volcano produced at least 9 explosions early May 18 that expelled volcanic ash to a height of 4 300 m (14 110 feet) and dispersed at a distance of 7 – 10 km (4.3 – 6.2 miles) to the south. Moderately large pyroclastic flows were observed later in the day.

INSIVUMEH reports abundant ash fall was observed on the southern flank, southwest and west of the volcano reaching a distance greater than 30 km (18.6 miles). At least one school has been evacuated in the municipality of Alotenango. 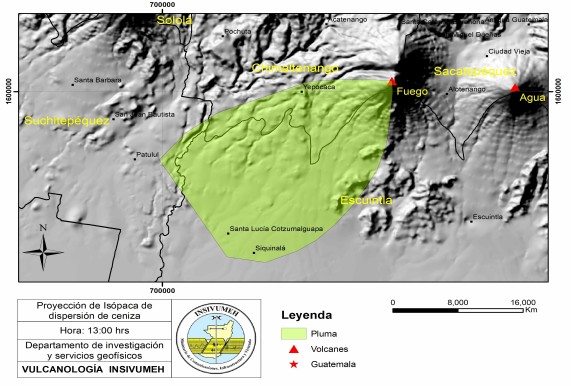 The agency said this type of activity is part of the eruptive behavior at Fuego and warned that large lahars are possible in the canyons of Las Lajas and El Jute.

The population living in surrounding areas is advised to be attentive to information from local authorities, avoid rumors, avoid putting themselves in danger, cover food and containers where drinking water is stored and clean roofs of homes to avoid further damage. It is recommended not to stay near or inside canyons around the volcano. "If you know of damages it is necessary to report it to the nearest authorities," CONRED said. 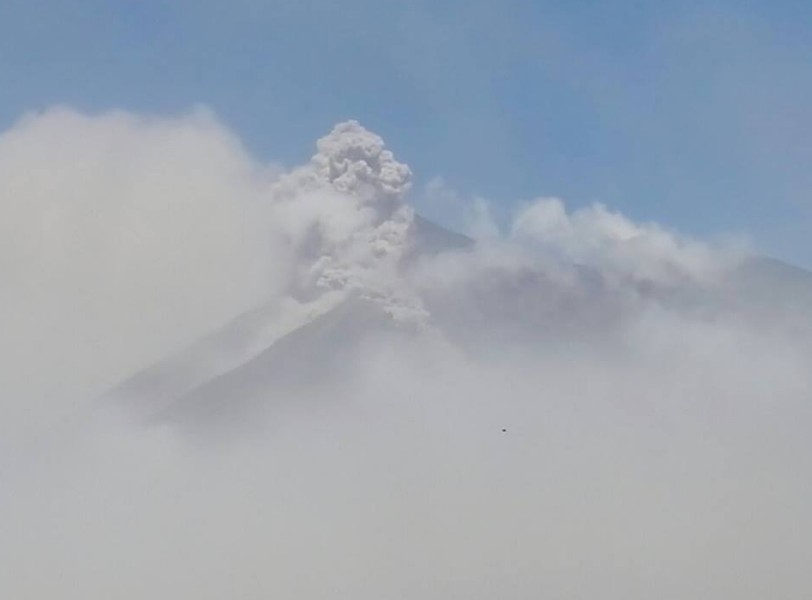 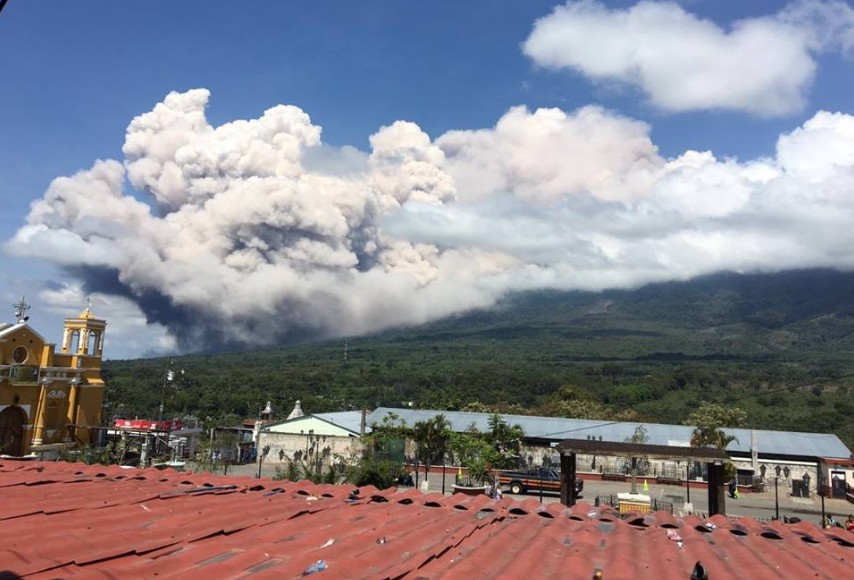 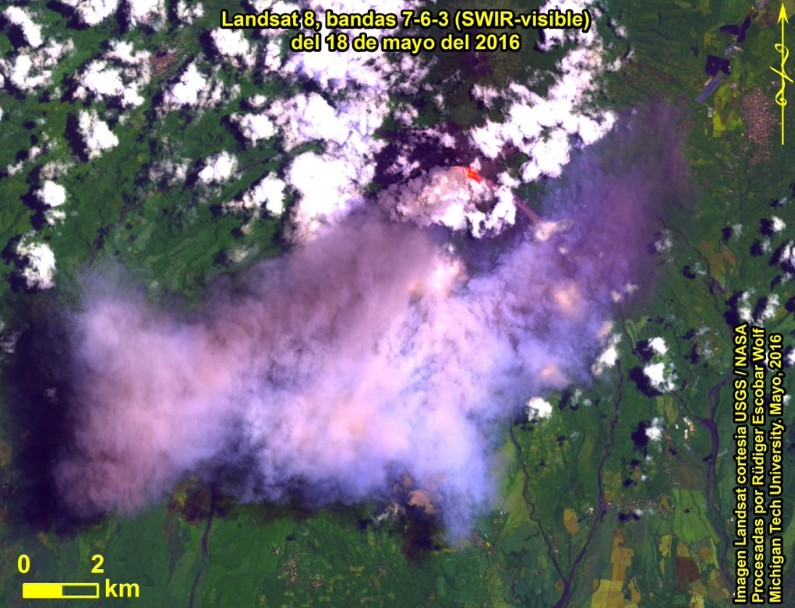 The eruption of Fuego volcano on May 18, 2016, as seen by Landsat-8 satellite. Annotation Rüdiger Escobar Wolf (via Twitter)

Growth of the modern Fuego volcano followed, continuing the southward migration of volcanism that began at Acatenango. In contrast to the mostly andesitic Acatenango, eruptions at Fuego have become more mafic with time, and most historical activity has produced basaltic rocks. Frequent vigorous historical eruptions have been recorded since the onset of the Spanish era in 1524, and have produced major ashfalls, along with occasional pyroclastic flows and lava flows. (GVP)