Unseasonal heavy rains have affected tens of thousands of people in southeastern Ethiopia over the last couple of days. As of early Wednesday, May 11, 2016, severe weather in the country suffering its worst drought in 5 decades claimed lives of at least 50 people.

41 people were killed in a landslide that hit near Sodo, Wolayita region (SNNP) on May 10, 2016. The landslide hit at down on Tuesday, following heavy rains in five districts on Monday, May 9. A road linking Wolayita zone with Dawro zone and a bridge which connects Wolayita town with Sidama zone have been damaged by floods, local police office reports.

"Rescue efforts were underway to save people missing in the landslide. However, flooded roads and the landslide made the rescue efforts difficult," Alemayehu Mamo, head of the Wolaita Zone police department said yesterday.

Roads have been washed away and bridges have collapsed in many parts of the country. Tens of thousands of people are affected.

Heavy rains, floods and landslides are also affecting other African countries in the region. 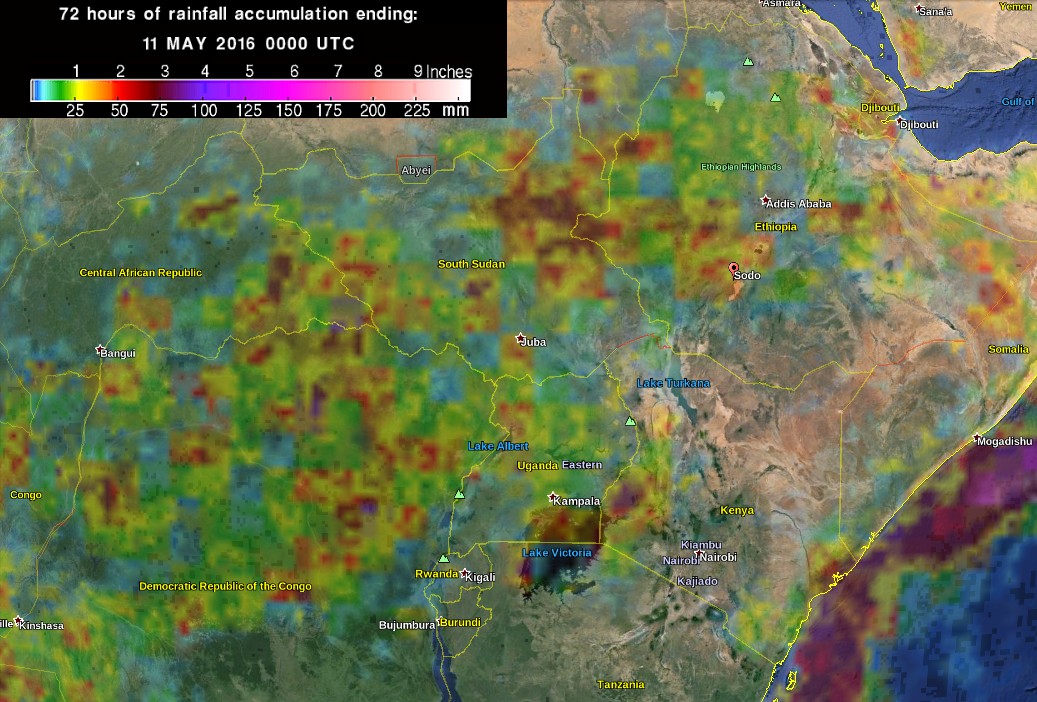 At least 53 people have been killed in floods and landslides caused by heavy rains on May 7 nd 8 in Rwanda, local authorities reported on Monday, May 9, 2016.

In Uganda, at least 13 people were reported dead in Bundibugyo district following landslides and floods which swept away scores of homes during the downpour on Monday night.