Severe rainstorms have been affecting southern China for several days, causing traffic disruptions and affecting the lives of millions of people across the area. So far, at least nine causalities have been reported while three people went missing, according to latest media reports.

Heavy downpours started to affect the region last week and have continued on May 10, 2016, the National Meteorological Center (NMC) reported. The affected regions so far include Chongqing, Fujian, Guangxi, Hubei, Hunan and Jiangxi. The water level in the rivers across the affected regions has risen dangerously, and flood warnings have been issued accordingly.

A large landslide triggered by heavy rain hit China's southeastern Fujian province on May 8. 34 people have been reported dead, as of May 9. 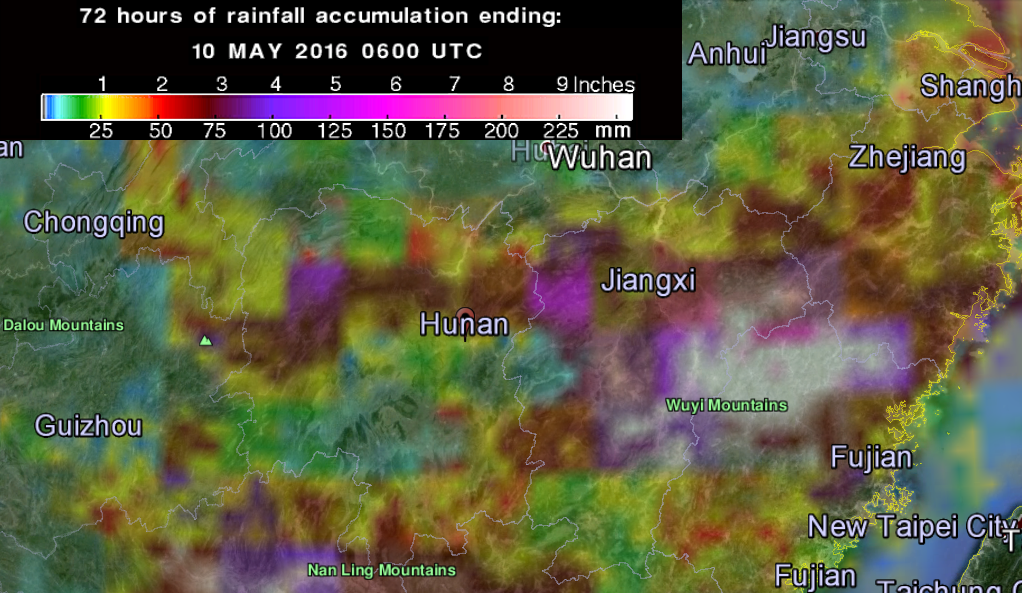 Hunan was severely affected by floods, landslides, and power loss. Two people have been reported dead, due to severe weather conditions, one of them got hit by lightning. In total 6 555 people have been evacuated.

In Fuzhou, Jiangxi, 1 500 were affected by the floods after the torrential downpours breached the local canal.

Rainfall, strong wind gusts, and hailstorms were reported in Hubei. One person died, and two others went missing. The economic losses resulting from the weather-related incidents have been estimated at 45 million yuan ($7 million) so far.

Three people died in Jiangxi, and 14 000 people have been evacuated. 500 homes were destroyed, and 740 million yuan was reported in economic losses. Severe weather heavily impacted Guangxi, as well. One person was reported dead, and one other went missing. 12 200 people were evacuated, and more than 1 000 homes suffered damages. An economic loss of 278 million yuan was estimated for the region.

Residents of the northwest and south have been warned to remain alert to possible mountain torrents, mud- and rockslides. According to NMC, up to 150 mm (5.9 inches) of rainfall is expected in the period from May 10 to 11. Northwestern portion of Xinjiang Uygur Autonomous Region and south and southeast areas of China can expect further rainstorms throughout the day.