New research, conducted in collaboration with the Lawrence Livermore National Laboratory (LLNL), Laboratoire Magmas et Volcans, Université Blaise-Pascal, Clermont-Ferrand, France and Florida State University, discovered the chlorite dehydration process is a key to understanding the unusually high electrical conductivity (EC) in the Earth's mantle, observed at the depths between 40 and 100 km (24.8 and 62.1 miles).

The high EC is in general related to the aqueous fluid which gets released from descending slabs. Measurements of the electrical conductivity of hydrous phases and aqueous fluids, performed in a laboratory environment, show significantly lower values and are unable to explain the extents observed in the natural surroundings.

The released aqueous fluids are responsible for rehydrating the mantle wedge and for stabilizing a suite of hydrous phases, such as serpentine and chlorite. Mantle silicate minerals are well known for its electrical insulating properties with large electronic band gaps between 7.5 and 9.5 eV, observed at room temperatures.

New research results indicate the EC of chlorite is similar to other hydrous silicates and has a low or no-pressure, but strong temperature dependence. 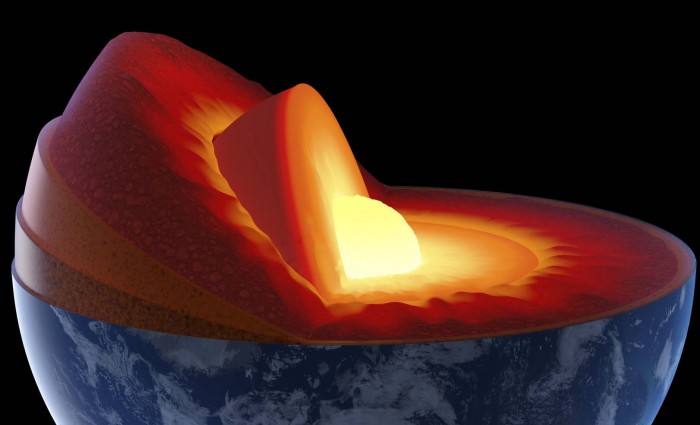 The dehydration of chlorite is crucial in explaining the high electrical conductivity observed in the Earth’s mantle. Image credit: Johan Swanepoel via Getty Images.

According to the experts, the further increase of electrical conductivity depends on the growth of an interconnected network of highly conductive and chemically impure magnetite mineral phases.

“The dehydration of chlorite and associated processes are likely to be crucial in explaining the anomalously high electrical conductivity observed in mantle wedges. Chlorite dehydration in the mantle wedge provides an additional source of aqueous fluid above the slab and also could be responsible for the fixed depth (120 ± 40 km) of melting at the top of the subducting slab,” explained Novella.

Featured image: The dehydration of chlorite is crucial in explaining the high electrical conductivity observed in the Earth’s mantle. Image credit: Johan Swanepoel via Getty Images