A new study published in Earth and Planetary Science letters supports the concept that the Earth's early magnetic field was generated by its mantle, not its core.

A new study conducted by researchers Dave Stegman, Leah Ziegler, and Nicolas Blanc provided more evidence of the thermodynamics of magnetic field production in the liquid part of the ancient Earth's mantle. The scientists were also able to show how long that field was available.

"Currently we have no grand unifying theory for how Earth evolved thermally," said Stegman. "We don't have a conceptual framework for understanding the planet's evolution. This is one viable hypothesis."

The study is one of the recent developments in a paradigm shift that could alter how the planet's history is understood. Researchers said it can also give opportunities to resolve inconsistencies in the retelling of the planet's earliest days.

Significantly, this study coincides with two new research from the University of California, Los Angeles (UCLA) and Arizona State University geophysicists that delve into Stegman's concept and apply it in new methods.

It has been a solid foundation of geophysics that Earth's liquid outer core has always been the source of the dynamo that creates its magnetic fields. Magnetic fields form on planets that have liquid and metallic cores; rotate fast, and have conditions that make heat convection possible. 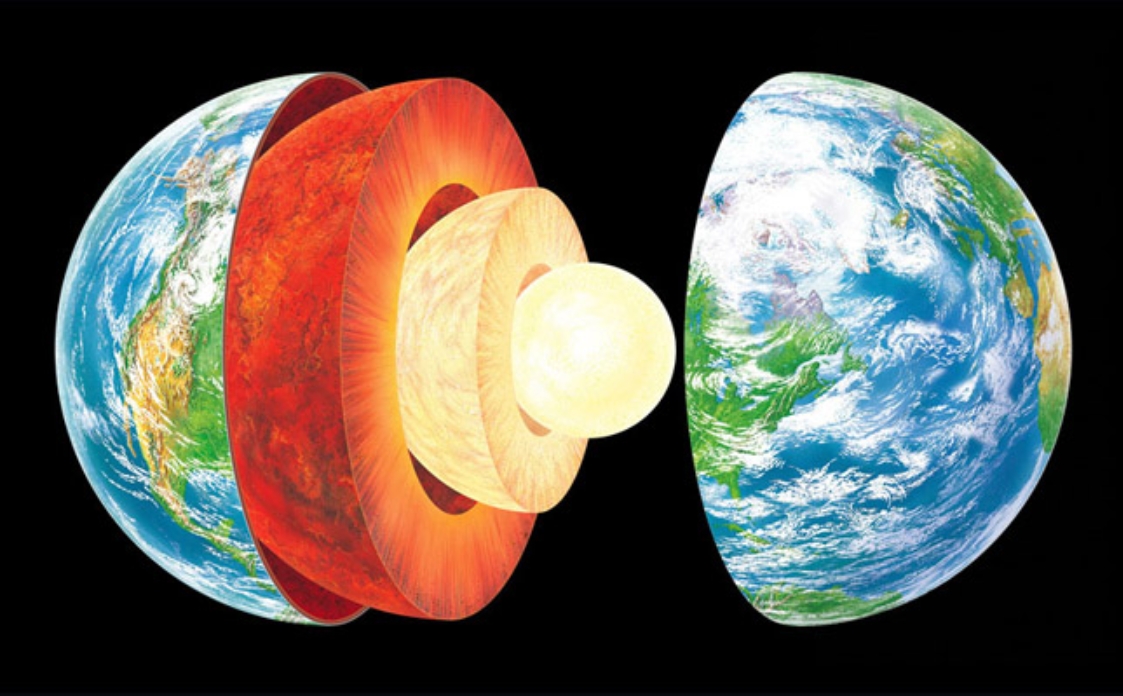 In 2007, scientists in France proposed a study that was far from the long-held assumption that the Earth's mantle was entirely solid since the planet's early times. And then six years later, Stegman and Ziegler expanded on the concept.

The Earth's mantle is composed of silicate material that is usually a very poor conductor. Thus, despite the lowermost mantle being liquid for billions of years, abrupt fluid motions inside it would not generate huge electrical currents necessary for producing a magnetic field. Stegman and his colleagues remarked that the liquid silicate might actually be more conducive electrically than what was generally assumed.

Stixrude's team, on the other hand, used quantum-mechanical computations to foretell the silicate liquid's conductivity at basal magma conditions. "We found very large values of the electrical conductivity, large enough to sustain a silicate dynamo."

If Stegman's premise is accurate, it would indicate that the mantle could have provided the Earth's first magnetic shield against cosmic radiation.

"If the magnetic field was generated in the molten lower mantle above the core, then Earth had protection from the very beginning and that might have made life on Earth possible sooner," said Stegman.

"Ultimately, our papers are complementary because they demonstrate that basal magma oceans are important to the evolution of terrestrial planets,” said O’Rourke. “Earth's basal magma ocean has solidified but was key to the longevity of our magnetic field."

We present the thermochemical evolution of a downward crystallizing basal magma ocean (BMO) overlying the liquid outer core and probe its capability to dissipate enough power to generate and sustain an early dynamo. A total of 61 out of 112 scenarios for a BMO with imposed, present-day heat flux, , values of 15, 18, and 21 TW and radiogenic heat, values of 4, 8, and 12 TW fully crystallized during the age of the Earth. Most of these models are energetically capable of inducing magnetic activity for the first 1.5 Gyrs, at least, with durations extending to 2.5 Gyrs; with final core-mantle boundary (CMB) temperatures of 4400 ± 500 K -well within current best estimates for inferred temperatures. None of the models with  = 12 TW achieved a fully crystallized state, which may reflect a lower bound on the present-day heat flux across the CMB. BMO-powered dynamos exhibit strong dependence on the partition coefficient of iron into the liquid layer and its associated melting-point depression for a lower mantle composition at near-CMB conditions -parameters which are poorly constrained to date. Nonetheless, we show that a crystallizing BMO is a plausible mechanism to sustain an early magnetic field.

The Earth’s magnetic field has operated for at least 3.4 billion years, yet how the ancient field was produced is still unknown. The core in the early Earth was surrounded by a molten silicate layer, a basal magma ocean that may have survived for more than one billion years. Here we use density functional theory-based molecular dynamics simulations to predict the electrical conductivity of silicate liquid at the conditions of the basal magma ocean: 100–140 GPa, and 4000–6000 K. We find that the electrical conductivity exceeds 10,000 S/m, more than 100 times that measured in silicate liquids at low pressure and temperature. The magnetic Reynolds number computed from our results exceeds the threshold for dynamo activity and the magnetic field strength is similar to that observed in the Archean paleomagnetic record. We therefore conclude that the Archean field was produced by the basal magma ocean.