Seismicity has been increasing over the last few days at Semisopochnoi volcano, Alaska and now is characterized by nearly continuous tremor and frequent small explosion signals.

The situation represents a significant increase in activity and the Alaska Volcano Observatory has increased the Aviation Color Code to ORANGE and the Volcano Alert Level to WATCH at 01:24 UTC on March 16, 2020.

No significant ash emissions have been detected in satellite images; clouds cover much of the island to around 3 km (10 000 feet) above sea level.

This volcano is monitored with an on-island seismic network, and remotely by satellite and lightning sensors. An infrasound array on Adak Island could detect explosive emissions from Semisopochnoi with a 13-minute delay if atmospheric conditions permit. 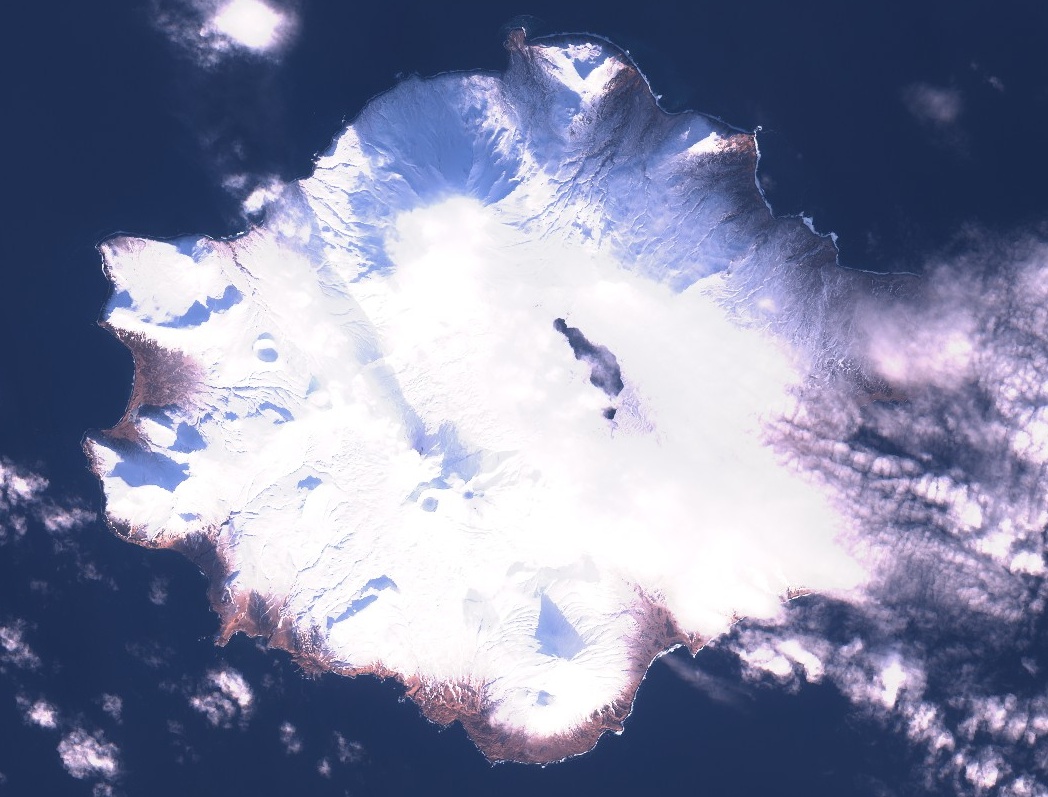 Semisopochnoi, the largest subaerial volcano of the western Aleutians, is 20 km (12.4 miles) wide at sea level and contains an 8-km-wide (5 miles) caldera. It formed as a result of collapse of a low-angle, dominantly basaltic volcano following the eruption of a large volume of dacitic pumice. The high point of the island is 1221-m-high (4 005 feet) Anvil Peak, a double-peaked late-Pleistocene cone that forms much of the island's northern part.