A large landslide triggered by heavy rain hit China's southeastern Fujian province on Sunday, May 8, 2016. As of mid-Monday, May 9, the death toll has risen to 34, with 4 people still missing, state media said. Preliminary data showed that 7 people were rescued.

The slide hit near the Chitan hydroelectric power station that was under construction in Kaishan township, Taining county, Sanming city, east China's Fujian province at 04:46 local time on Sunday. Local officials said this area received more than 190 mm (7.5 inches) of rain in 24 hours between May 7 and 8. Heavy rains are still present in the region. 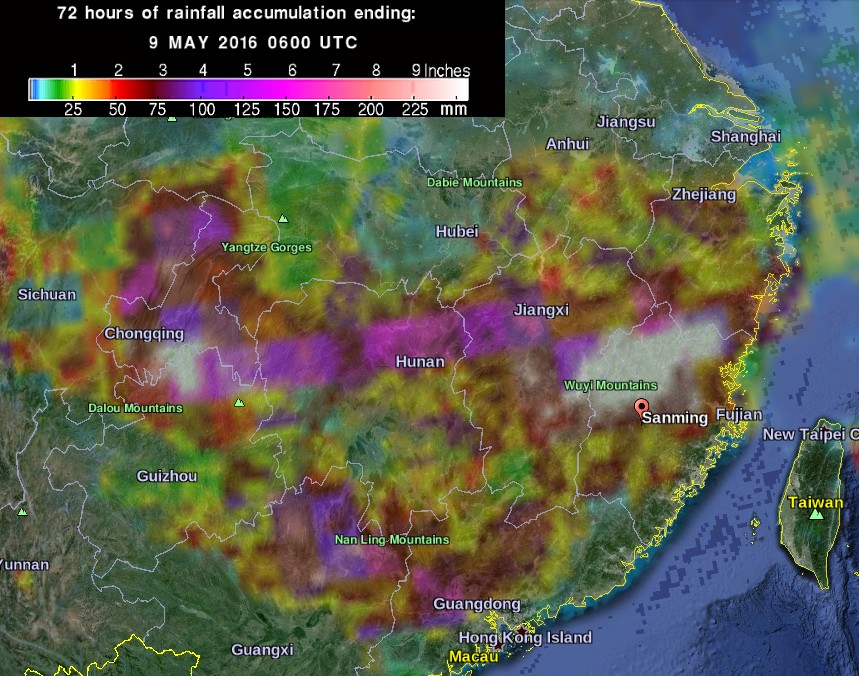 As of 11:00 local time on May 8, more than 100 firefighters were on the scene, searching for survivors, China News Agency reported.

“We were asleep at 5 a.m. before the dawn, when the mountain suddenly began to jolt. Before we could respond, sand and mud flooded into our room and pushed the room 10 meters (33 feet),” 36-year-old survivor Deng Chunwu told the news agency. 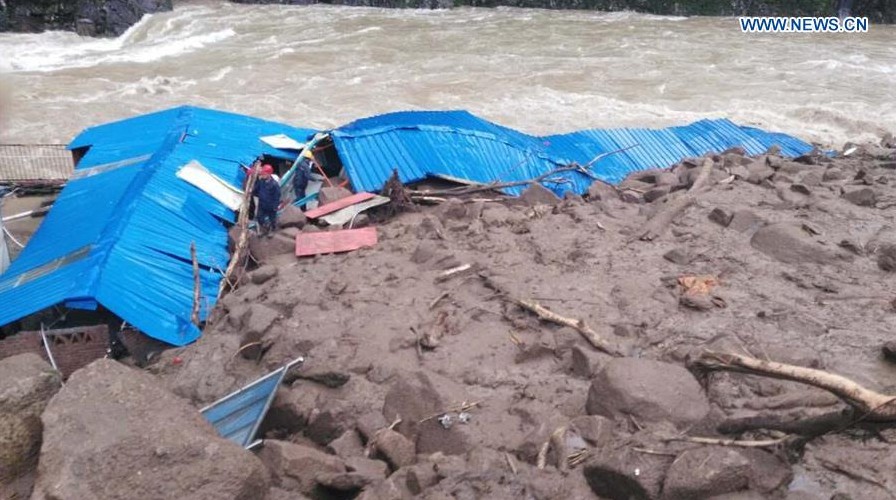 Much of eastern and southern China was hit by torrential rain over the weekend, triggering floods and landslides.

Among the hardest hit areas was Yangshuo, in Guangxi Province, LA Times reported. "Surrounded by soaring karst peaks and bordered by the Li River, the small city has been a popular tourist spot among backpackers since the 1980s. But the city was turned into a water town overnight, vehicles and passenger were stuck on the road. No injuries or deaths were reported."

On December 20, 2016, a massive landslide hit an industrial park in Shenzhen city of south China's Guangdong Province, leaving at least 91 people missing. A number of officials have been arrested.

The same storm that caused Sunday's landslide in eastern China is tracking north and is bringing widespread rainfall to Kyushu and western Honshu, Japan today. Meteorologists warn there is a threat of landslides and flooding.