Our planet is passing through a stream of fast-moving, negative polarity solar wind. Geomagnetic storming reached G1 – Minor levels at 17:24 UTC. A G2 – Moderate warning is in effect for the rest of the UTC day.

This is a recurrent CH HSS, responsible for G3 – Strong geomagnetic storms during its previous rotation. Solar wind speeds in excess of 600 km/s were observed from this CH and similar conditions are expected during this rotation too. 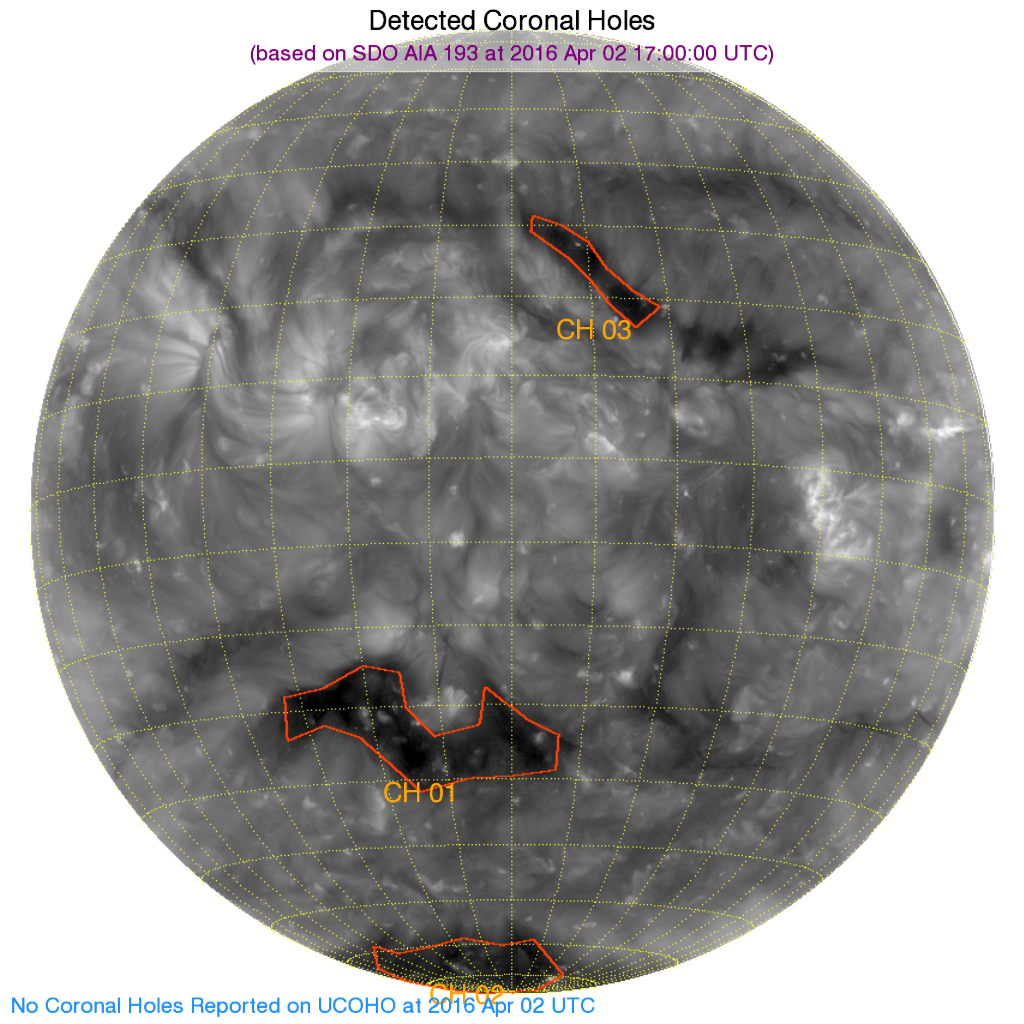 SWPC forecasters expect G2 – Moderate level storming and the corresponding warning was issued at 18:34 UTC. A G2 warning is valid from 18:35 to 23:59 UTC on April 2. G3 – Strong levels are also possible. 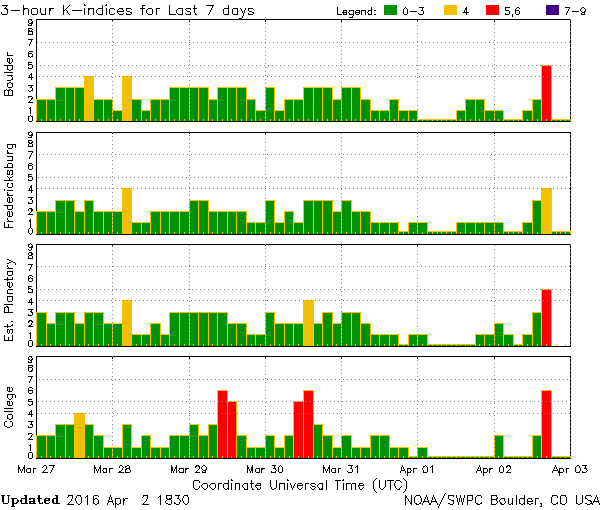 Meanwhile, there is only one sunspot on the Earth-facing side of the Sun – Active Region 2526 (Alpha). This sunspot has a stable magnetic field and poses no threat for strong flares. 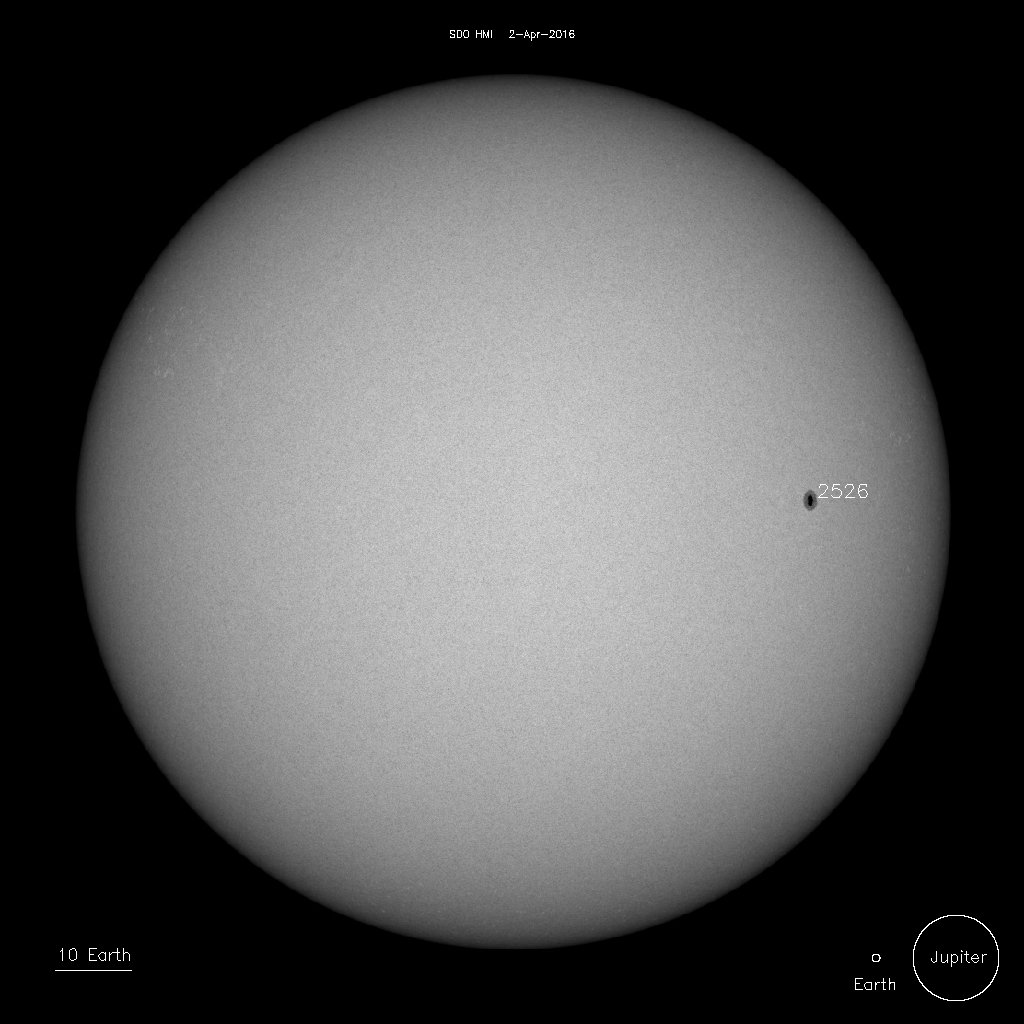