Less than a week after severe flash floods swept the city of Lubango, deadly floods hit the Cuanza Sul Province in Angola. At least 6 people died, and many were left missing.

The flooding struck the Cuanza Sul Province between March 5 and 7, 2016. The Quissala and Bumba neighbourhoods took the hardest blow, as 4 children died after an entire house collapsed. Further 16 houses were destroyed while 168 houses and 3 schools also suffered damage in the floods, according to the ANGOP reports. 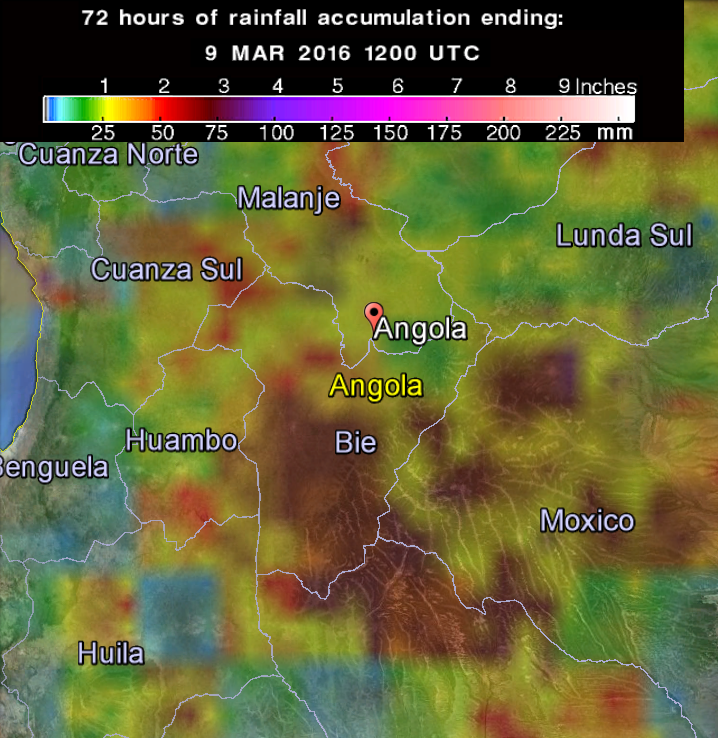 The death toll has risen to 29 in Lubango, Huila. Gabriel Mbilingui, the Archbishop of Lubango, called the government to prevent people from buildings their homes in the flood prone areas. He stated the state should strengthen awareness and dialogue between people to make them more aware of the dangers.

“The government must stop construction in risk zones….Even if sometimes people do not know the danger of certain conditions, the competent authorities must always act since it is why they are there.”

In total, 308 homes across the municipalities of Cacolo, Dala, and Saurimo have been destroyed following the periods of heavy rainfall since the beginning of 2016.  At least 1 544 people have been left homeless while local transport, bridges and schools also suffered severe damage.