Low pressure area passing from the United Arab Emirates (UAE) and Oman to southeastern Iran produced thunderstorms, fierce winds, large hail and severe flooding on March 9, 2016. The storm system is expected to advance to the north across Afghanistan and Pakistan this week.

The sky over UAE darkened as the storm hit Abu Dhabi, the country's capital, at about 07:30 UTC, blowing down trees and lampposts and causing severe flooding. Videos that emerged shortly after showed cars submerged in water, debris flying through air and damage to buildings.

Woah! Hail the size of 1 Dirham fell at 4.30 am near Khalifa Park in #AbuDhabi #UAE pic.twitter.com/nHqqnOK0Cl

Dubai's Remraam complex was among the hardest hit. Management advised residents to turn off electricity to avoid any chance of electric shock, The National reported. 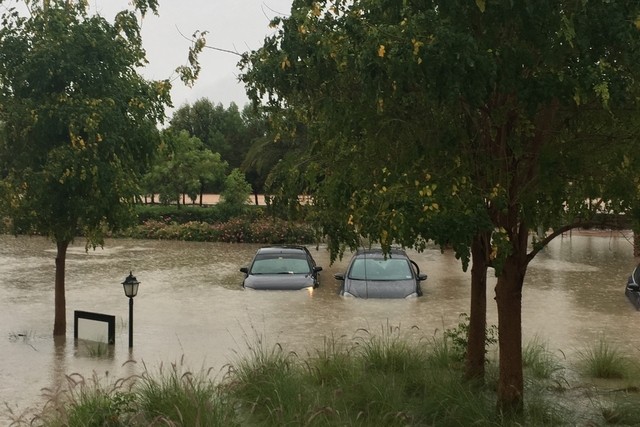 According to the National Center of Seismology and Meteorology, over 240 mm  (9.45 inches) of rain was recorded in Dubai while winds of up to 126 km/h (78.3 mph) battered the capital. 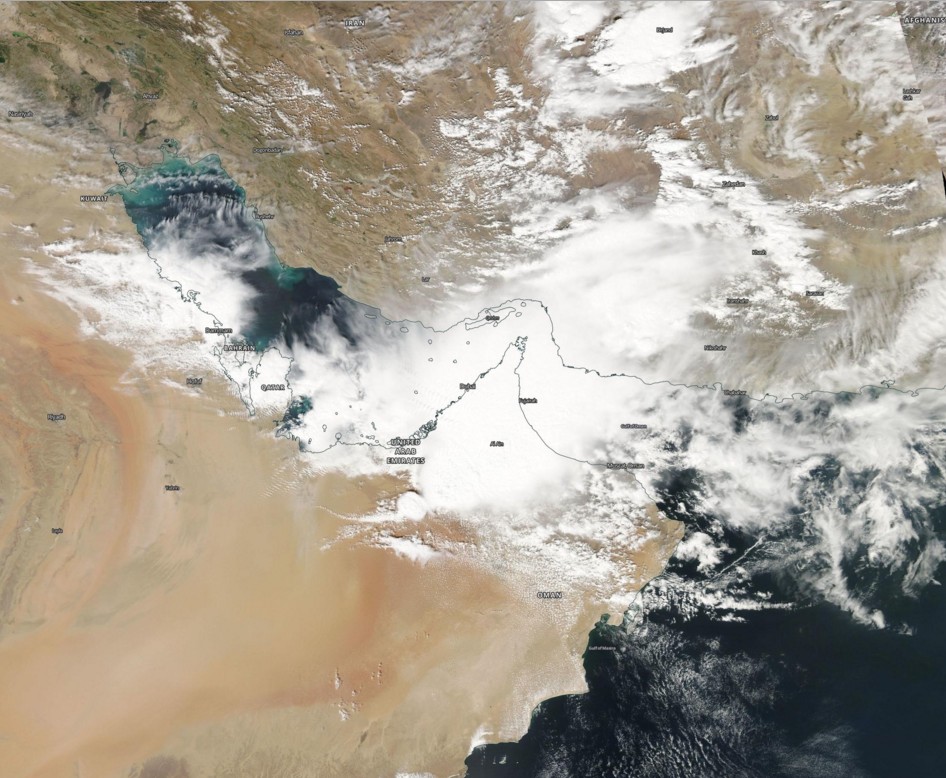 Schools in Abu Dhabi and Dubai were also closed and will remain closed tomorrow, according to government agencies. Some educational institutions in neighboring Oman will also be shut Thursday.

According to AccuWeather meteorologists, widespread rainfall is expected in Afghanistan and Pakistan starting Thursday with the heaviest rain falling in southern and eastern Afghanistan and northern and western Pakistan.

"Flash flooding and mudslides are a concern across the region," AccuWeather's Eric Leister warns. "Rainfall will average 25-75 mm (1-3 inches) with local amounts up to 125 mm (5 inches) through Sunday, March 13."

"While the threat for rainfall will diminish in southern Pakistan and southwestern Afghanistan on Sunday, another storm approaching from the west will continue the threat for downpours and flooding in northern parts of the both countries into next week," Leister said. "Downpours will spread into northern India late this week with the greatest threat for flooding across Punjab as well as Jammu and Kashmir. These areas can get up to 75 mm (3 inches) of rain on Saturday and Sunday."

Video below shows a compilation of weather imagery captured on March 8 in Oman: