The Los Angeles Department of Public Works said they seeded clouds over the county with silver iodide to increase the amount of rainfall during storms that battered California this week. DPW says this is their first cloud seeding since 2002.

LA County has used cloud seeding to boost water supplies since the 1950s, but the practice was stopped in 2002 after forest fires destabilized some area hillsides and officials feared too much rain could cause mudslides.

However, due to ongoing historic drought, the contract with Utah-based North American Weather Consultants was renewed in October 2015 and the practice is now back. LA officials hope to continue operations past the end of the storm season in April.

"The company has set up land-based generators in 10 locations between Sylmar and Pacoima," DPW said. However, because weather conditions were not ideal in all places only some of the generators were used.

"Cloud seeding enables us on an average to pull 10 to 15 percent more moisture out of the clouds, which is obviously very important to us right now. Every drop of rain we can get is important," DPW spokesman told KPCC.

With rain totals reaching 254 mm (10 inches) or more in some mountain areas, 46 of the largest reservoirs in California, closely tracked by the state Department of Water Resources, collectively added 391 billion gallons of water between March 4 and 7, according to ContraCostaTimes.

However, even with that increase, the 46 reservoirs bumped up from 66 percent of their historic average on March 4 to just 72 percent by March 8.

"The weekend rains really pushed them up a great deal," Doug Carlson, a spokesman for the state Department of Water Resources, said. "But we have been in a very deep hole. We need a lot more rain to fill these reservoirs." 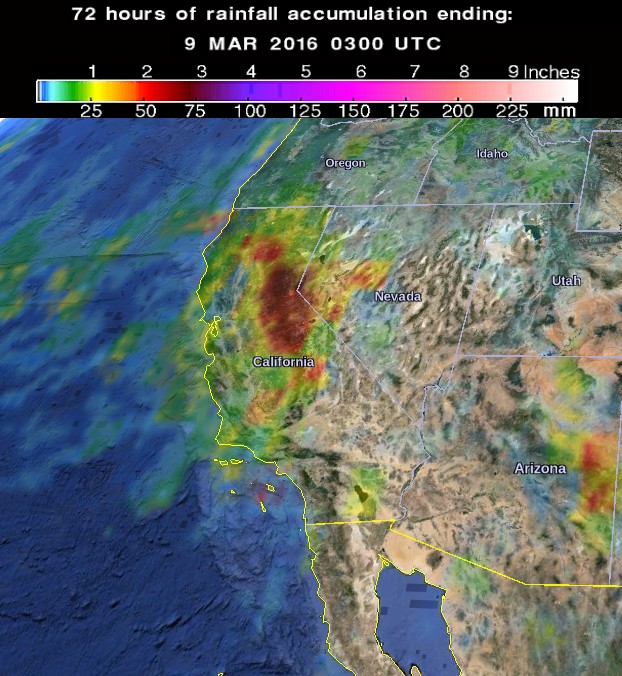