The Oroville Reservoir reached a record low level of 195.66 m (641.93 feet) above mean sea level on August 5, 2021, forcing authorities in California to shut down their second-largest hydroelectric plant.

"This is the first time Hyatt Powerplant has gone offline as a result of low lake levels."

"However, DWR anticipated this moment, and the state has planned for its loss in both water and grid management. We have been in regular communication about the status of Hyatt Powerplant with the California Independent Service Operator (CAISO) and the California Energy Commission and steps have been taken in anticipation of the loss of power generation." 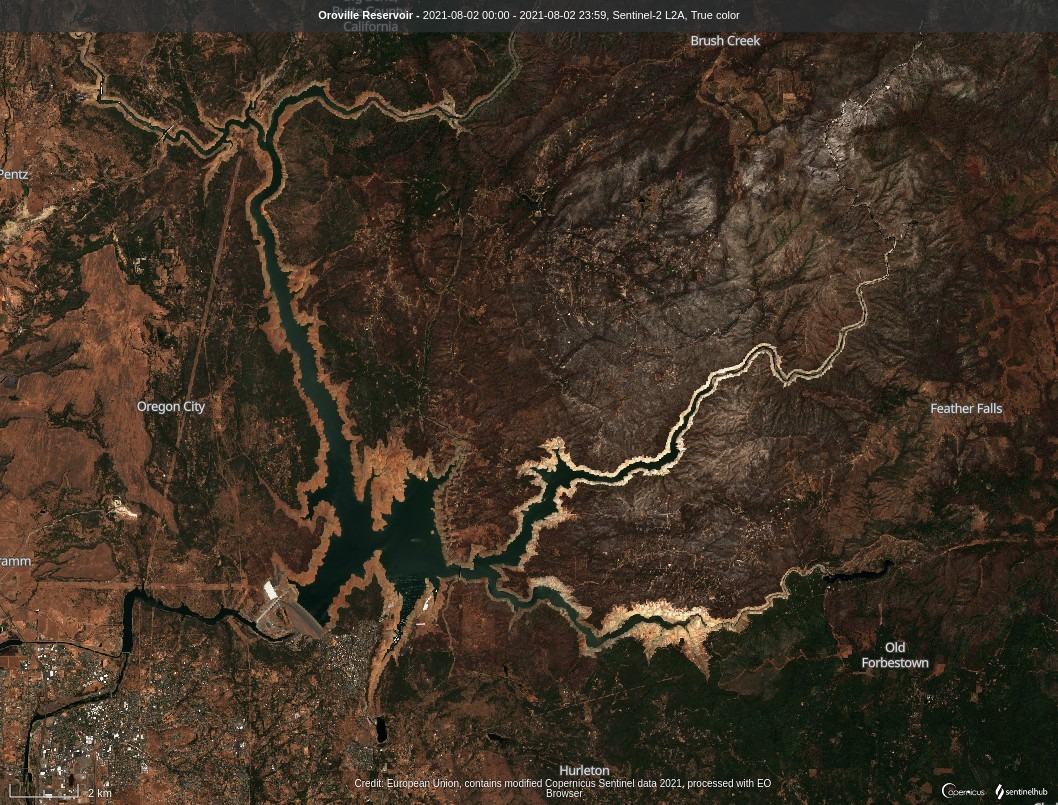 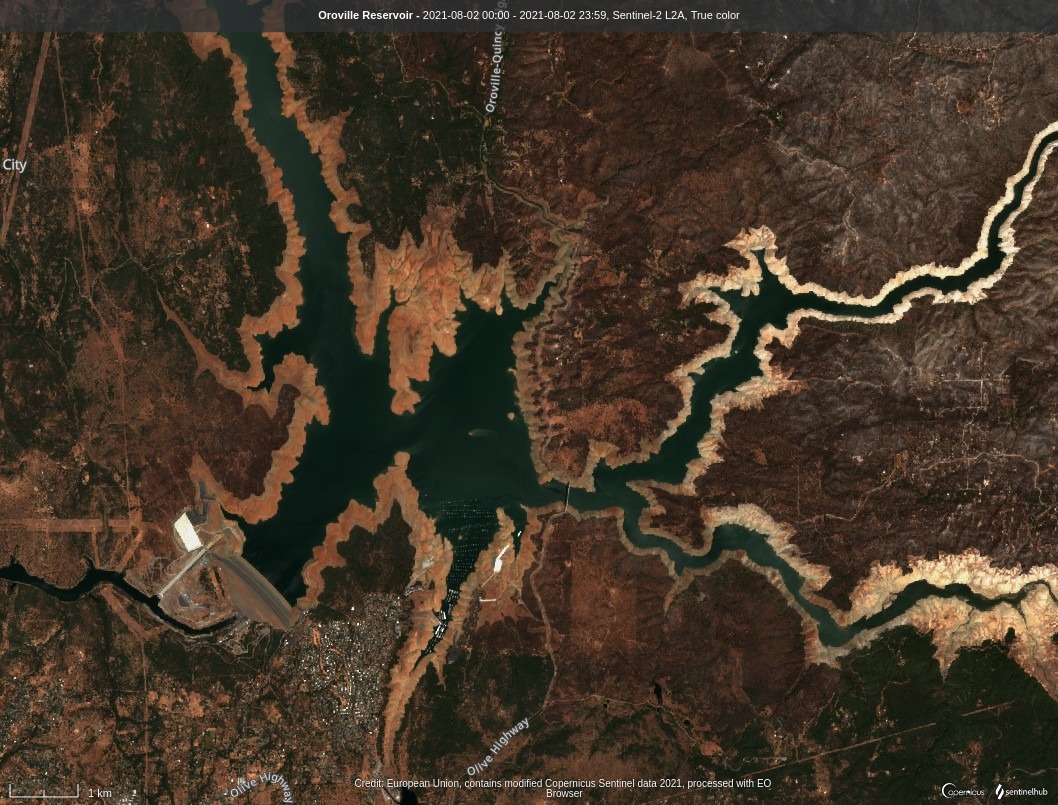 DWR said it will continue to focus on reservoir operations and water storage management at Lake Oroville to preserve as much water in storage as possible.

The department will use the River Valve Outlet System to release some water from the base of Oroville Dam to maintain river temperature requirements and outflows to the Feather River.

“Falling reservoir levels are another example of why it is so critical that all Californians conserve water. We are calling on everyone to take action now to reduce water use by 15 percent, to preserve as much water supply in storage as possible should we experience another dry year. We are all in this together."

As of August 5, the reservoir is at 24% of capacity or 34% of the historical average.

Drone shots from a few days ago show the incredibly low water levels, bathtub rings, and houseboats bunched in tight groups because the surface area of the lake is so much less than normal:

Water levels in other reservoirs in California are also dropping: 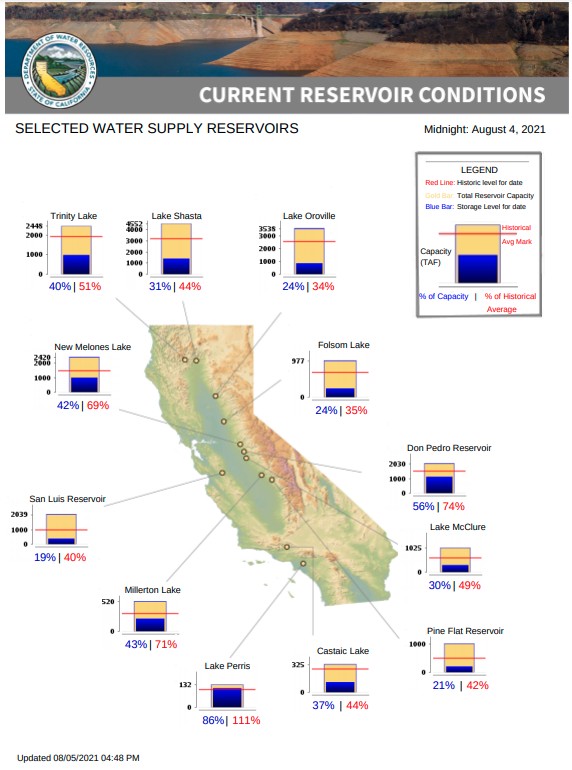