Total solar eclipse of March 9, 2016, is now long over. If you missed the show, here is a collection of the best totality videos available today. Be sure not to miss the Alaska Airlines flight 870 video.

The Exploratorium and NASA went to Woleai, a tiny atoll in the Federated States of Micronesia, where they broadcasted the eclipse live. Their totality video is below:

There was a solar prominence during this eclipse, visible on the video above (at the top) and on the close-up image below. 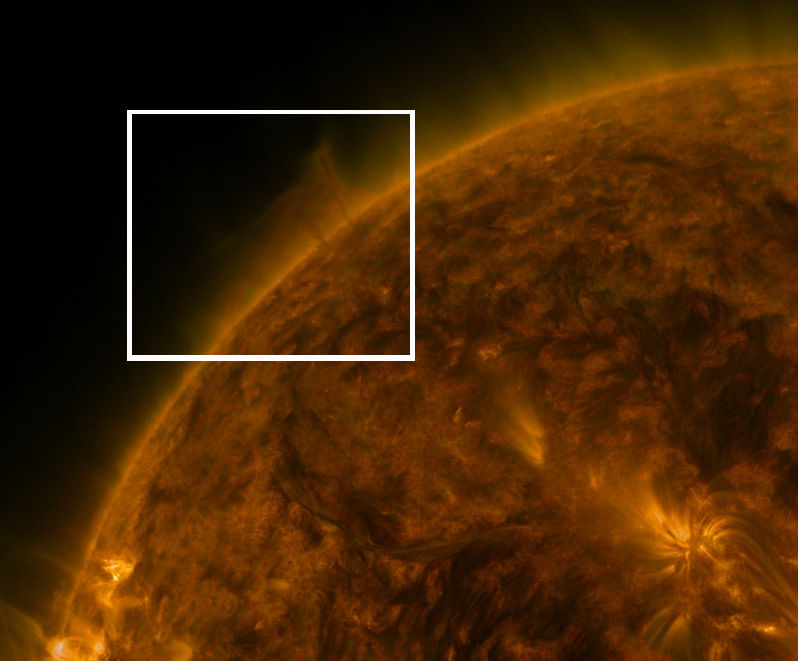 The following video shows how Japan's meteorological satellite Himawari-8 witnessed the event from its geostationary orbit:

Check out the total solar #Eclipse2016 via the Himawari Satellite. Incredible. https://t.co/7vAWETDNKn pic.twitter.com/XziEcgVHUA

Down below, this is how the totality manifested in the city of Palembang, Indonesia, the largest city along the path of totality.

The next video comes from Palu, Sulawesi Tengah…