Heavy rainfalls since February 12, 2016, triggered series of floods and landslides in Papua New Guinea. At least 3 people have been reported dead so far, and 200 homes have been damaged. The rescue attempts for survivors is ongoing in Sigiwagi, Chimbu Province, and local authorities fear the death toll may still rise.

53 mm (2 inches) fell in Port Moresby in a 24 hour period between February 13 and 14, according to World Meteorological Organization (WMO). 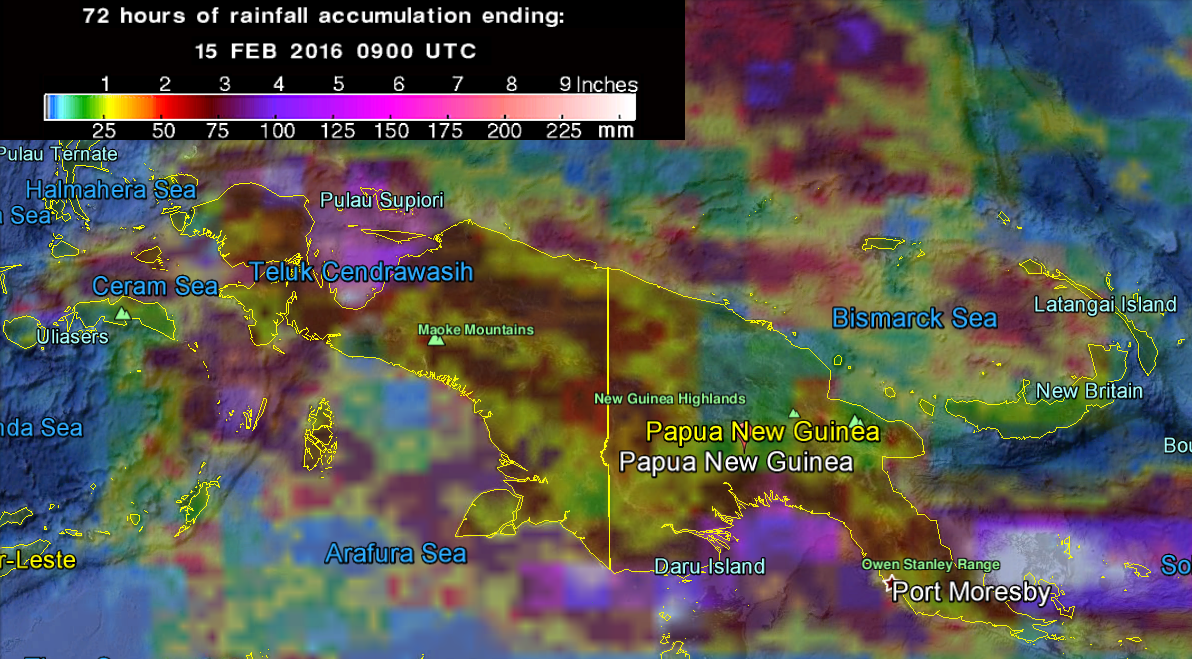 The flooding reportedly destroyed bridges in northern and western New Britain provinces. The Waghi River in the Highlands has overflowed parts of Jiwaka Province.

Boni Belonio, the World Vision PNG response manager, said disaster authorities and humanitarian organisations are currently assessing the damage so they can begin to distribute relief supplies. The wet conditions followed a period of long drought in the region, and many residents were taken by surprise.

"We are completing the assessment stage and moving into a distribution of water containers, water purification tablets because I think that is what is needed at this point in time and then do a quick awareness raising and education to really ensure that the water that they drink are purified and treated."