Fuego volcano, Guatemala, erupted on January 3, 2016 sending a plume of thick ash 7 315 m (24 000 feet) into the air, INSIVUMEH reported. On December 31, 2015 the volcano activity was increasing, possibly building up toward a new paroxysm.

Volcano's eruption has caused new lava flows and loud explosions, however, the nearby population has not been affected so far, and no evacuations have been ordered, according to media reports. Also, no flights at the main international airport have been canceled due to eruption event.

Volcano Discovery reported the activity at Fuego might be picking up toward a new paroxysm on December 31, 2015. A team of experts observed mild to strong strombolian explosions occurring at intervals between 1 and 10 minutes with the strongest explosion sending incandescent material to heights of about 500 m (1 640 feet). One especially intense volcano explosion was accompanied with a very strong shock wave on the occasion. 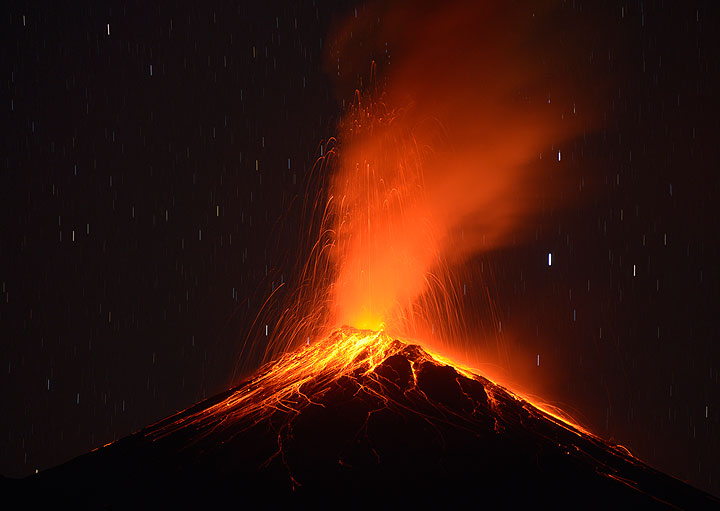 A pyroclastic flow was observed around 10:15 (local time) reaching the length of 7 km (4.3 miles) which seemed to mark the start of the 14th volcano paroxysm observed in 2015. The brownish ash plume spread around the southern slopes and caused fine ash fall in the area, about 2 hours long, blanketing the local vegetation.

During January 1, Fuego activity retained similar levels with strombolian explosions between small and strong intensity ejecting abundant incandescent bombs in all directions from the summit vents. The upper SE volcano flank was reported to produce continuous glowing rockfalls traveling about 1 km (0.6 miles) towards the Las Lajas ravine. In overall, the activity seemed to be slowly decreasing. 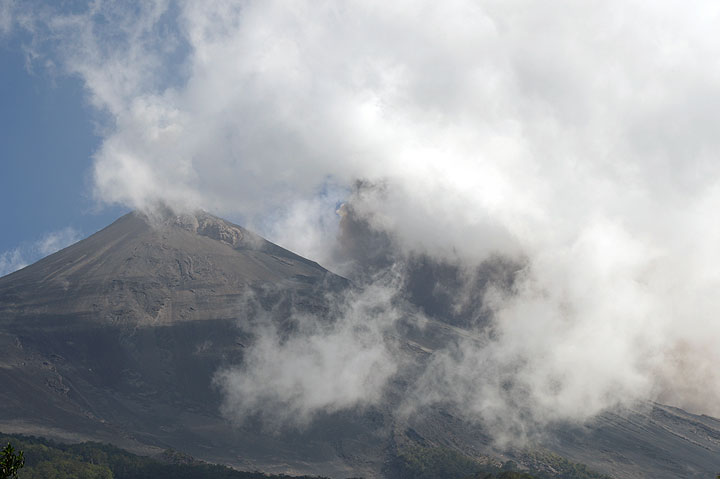 In the period between December 20 and 22, volcano produced ash plumes rising between 550 and 950 m (1 804 and 3 116 feet) high and drifting 8-10 km (4.9-6.2 miles) W. During this activity period incandescent material was ejected up to 150 m (492 feet) high which landed on the volcano's flanks and then formed small avalanches in the Santa Teresa (SW), Taniluyá (SW), Trinidad and Ceniza drainages.