Two new lava flows were observed at the Fuego volcano, accompanying intense and frequent explosions on the evening of December 14 (local time). Between 4 and 6 explosions per hour were reported with ash plumes, followed by loud shock waves, rising up to 1 km (3 280.8 feet) above the volcano summit. New lava flows were 800 m (2 624.7 feet) long and have started to head towards the Santa Teresa on west flank, and Trinidad on south flank drainages. 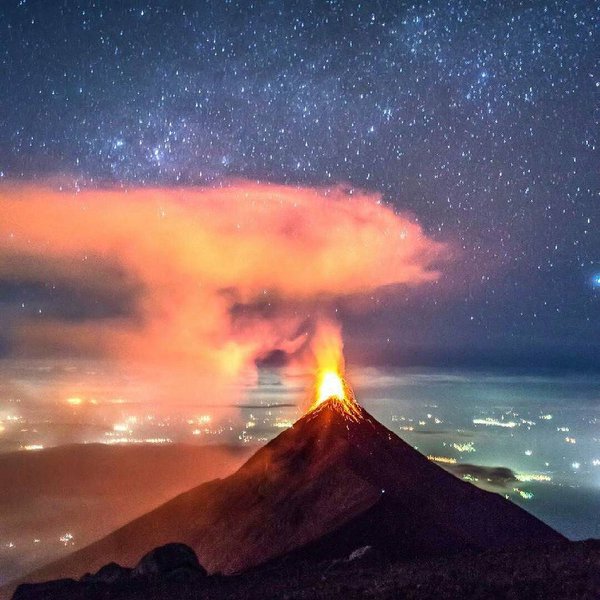 The reported event is the 13th paroxysmal episode of this year, and should the activity of the volcano increase further, dangerous pyroclastic flows could take place over the coming hours or days. Residents have been advised to avoid the river beds and valleys at the feet of the mountain at all times.

Volcán Fuego, one of Central America's most active volcanoes, is one of three large stratovolcanoes overlooking Guatemala's former capital, Antigua. The scarp of an older edifice, Meseta, lies between 3 763 m (12 345.8 feet high Fuego and its twin volcano to the north, Acatenango. Construction of Meseta dates back to about 230 000 years and continued until the late Pleistocene or early Holocene. Collapse of Meseta may have produced the massive Escuintla debris-avalanche deposit, which extends about 50 km (31 miles) onto the Pacific coastal plain.