A third paroxysm of the year is in progress at the Fuego volcano in Guatemala on February 10, 2016. Pulsating lava fountains and well-alimented lava flows followed the strombolian and effusive activity unfolding over the last couple of days.

The lava flows are mostly observed at the southeastern volcano flank where they travel into the Las Lajas canyon reaching about 2 km (6 561.7 feet) in length. Another flow is most likely active on the volcano's southern slope, moving toward the Trinidad drainage, Volcano Discovery reports. 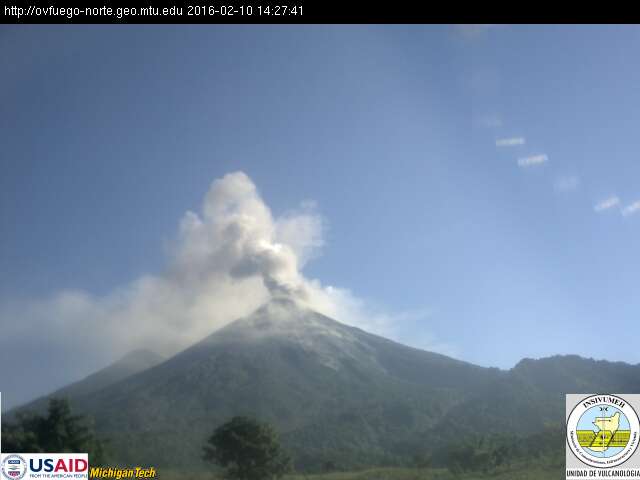 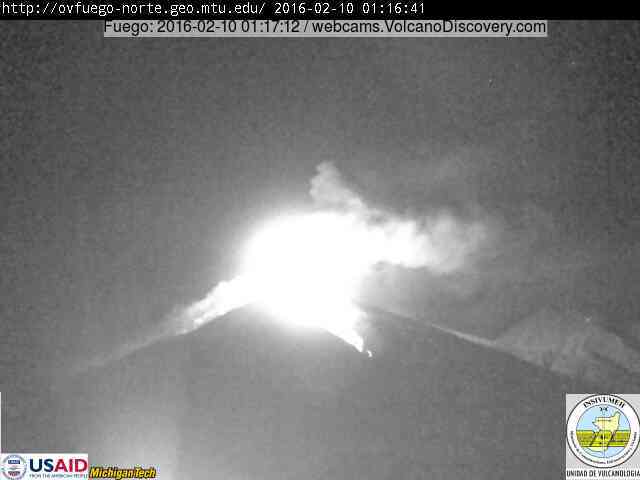 The observed activity will probably result in pyroclastic flows as parts of the lava flows on the steep slope tend to collapse. 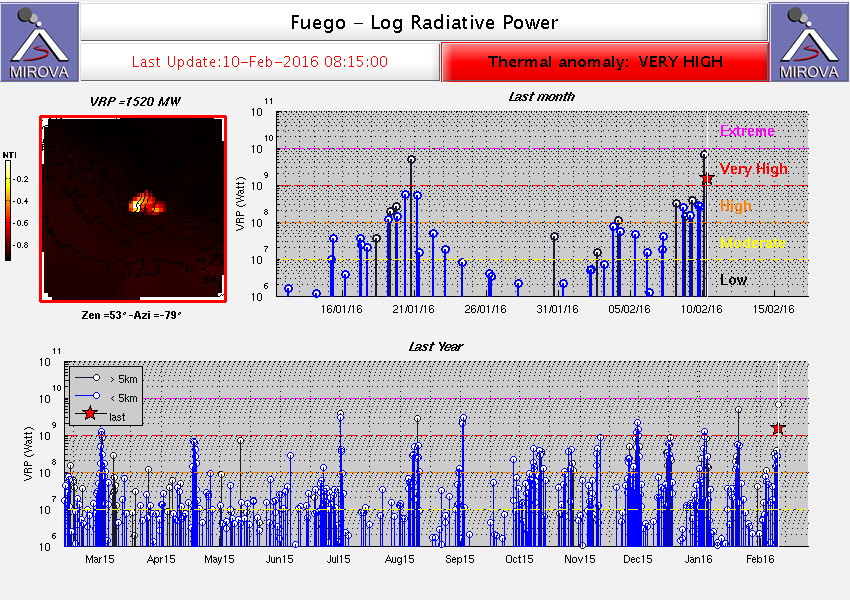 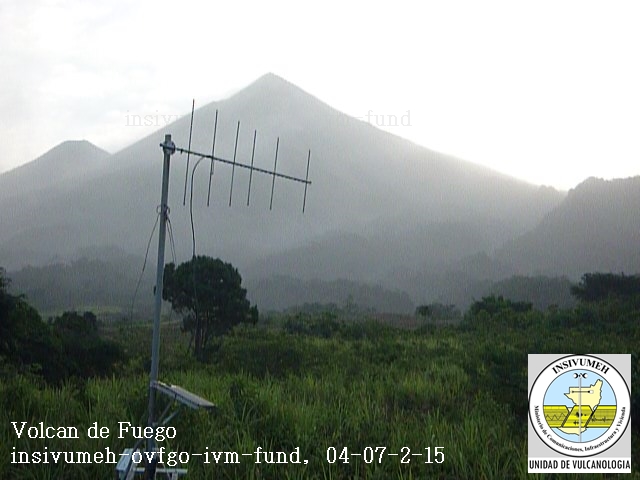 Growth of the modern Fuego volcano followed, continuing the southward migration of volcanism that began at Acatenango. In contrast, to the mostly andesitic Acatenango, eruptions at Fuego have become more mafic with time, and most historical activity has produced basaltic rocks. Frequent vigorous historical eruptions have been recorded since the onset of the Spanish era in 1524 and have produced major ashfalls, along with occasional pyroclastic flows and lava flows. (GVP)