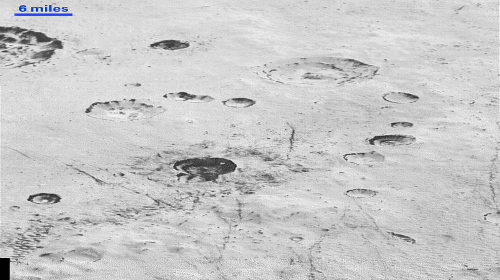 NASA's New Horizons spacecraft has sent back the first in a series of the sharpest views of Pluto obtained during its July flyby. These close-up pictures of Pluto may be the best ones for decades to come.

Each week New Horizons transmits data stored on its digital recorders from its flight through the Pluto system on July 14, 2015. These latest pictures are part of a sequence taken near New Horizons’ closest approach to Pluto, with resolutions of about 77 – 85 meters (250 – 280 feet) per pixel – revealing features less than half the size of a city block on Pluto’s diverse surface.

In these new images, New Horizons captured a wide variety of cratered, mountainous and glacial terrains.

"These close-up images, showing the diversity of terrain on Pluto, demonstrate the power of our robotic planetary explorers to return intriguing data to scientists back here on planet Earth," said John Grunsfeld, former astronaut and associate administrator for NASA’s Science Mission Directorate.

"New Horizons thrilled us during July flyby with the first close images of Pluto and as the spacecraft transmits the treasure trove of images in its onboard memory back to us, we continue to be amazed what we see."

Latest images form a strip about 80 km (50 miles) wide on a world which is 4.8 billion km (3 billion miles) away. Pictures trend from Pluto's jagged horizon about 800 km (500 miles) northwest from place, which was informally named Sputnik Planum, across al-Idrisi mountains, over the shoreline of Sputnik and across its icy plains. 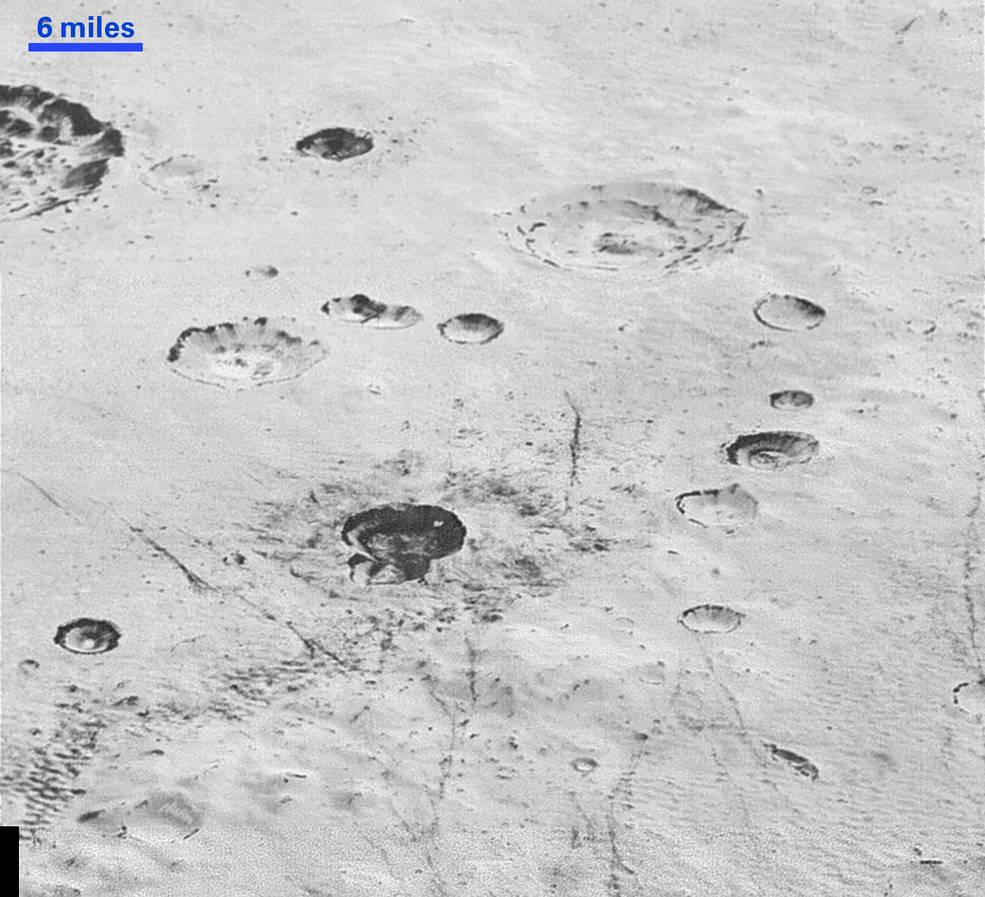 Layered Craters and Icy Plains: This highest-resolution image from NASA’s New Horizons spacecraft reveals new details of Pluto’s rugged, icy cratered plains, including layering in the interior walls of many craters. "Impact craters are nature's drill rigs, and the new, highest-resolution pictures of the bigger craters seem to show that Pluto's icy crust, at least in places, is distinctly layered,” said William McKinnon, deputy lead of the New Horizons Geology, Geophysics and Imaging team, from Washington University in St. Louis. "Looking into Pluto’s depths is looking back into geologic time, which will help us piece together Pluto's geological history.” Image credit: NASA/JHUAPL/SwRI "These new images give us breathtaking, super-high resolution window into Pluto's geology," said New Horizons Principal Investigator Alan Stern, of the Southwest Research Institute (SwRI) in Boulder, Colorado. "Nothing of this quality was available for Venus or Mars until decades after their first flybys, yet at Pluto we're there already, down among the craters, mountains and ice fields, less than five months after flyby! The science we can do with these images is simply unbelievable." Images were captured with the Long Range Reconnaissance Imager (LORRI), abroad New Horizons, just barely 15 minutes before spacecraft reached its closest approach to Pluto, the range was about 16 000 km (10 000 miles). They were done unusually – instead of using "point and shoot" LORRI snapped pictures in every three seconds, still they are six times better in resolution than picture obtained back in 1989 by Voyager 2.

Mission scientists expect more imagery from this set over the next several days, showing even more terrain at this highest resolution.